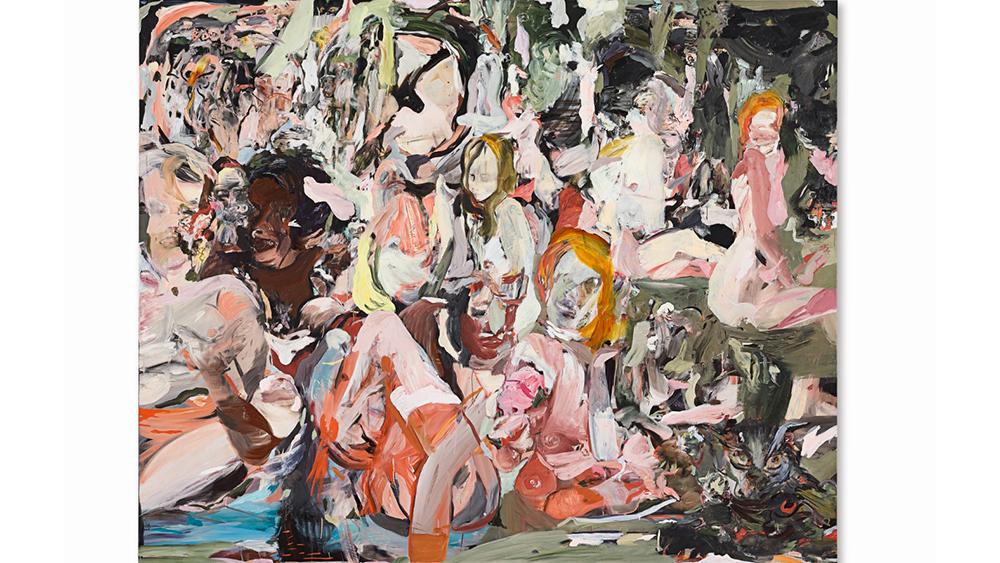 Cecily Brown’s “The Year of the Scavenger” (2012) will go up for auction at Sotheby’s on October 3.

Art collectors and museum directors may give lip service to the issue of gender diversity, but a startling new survey reveals that female artists remain at a severe disadvantage in both the commercial market and institutional representation.

Artworks by women represented a mere 2 percent of global spending at auction in the last decade, with five names accounting for more than 40 percent of that tiny fraction. The analysis of market statistics, including a survey of the acquisition and exhibition data from 26 leading US art museums, was released Thursday by the art websites artnet News and In Other Words, which is owned by Sotheby’s.

Of the $196.6 billion spent globally on art at auction from 2008 to mid-2019, the survey found that only $4 billion was on art by women, less than the total spent on works by Pablo Picasso alone. A full $500 million of that sliver was spent solely on works by Yayoi Kusama, with Joan Mitchell, Louise Bourgeois, Georgia O’Keefe and Agnes Martin ranking as the other four top names.

America’s leading institutions have not been buying much art by women either. Only 11 percent of all the works bought over the past 10 years for the 26 permanent collections surveyed was by women, while at the same institutions female artists headlined only 14 percent of exhibitions. This figure is, however, twice the 2008 total. Female African-American artists were at an even greater disadvantage, accounting for only 3.3 percent of the women whose work was acquired by these institutions. The galleries surveyed include New York’s Museum of Modern Art and Solomon R. Guggenheim Museum, the Museums of Contemporary Art in Los Angeles and Chicago, and the Smithsonian American Art Museum in Washington, DC.

The stark statistics contradict the prevailing narrative in the art world, which has, over the 10-year period of the survey, consistently reiterated its commitment to boosting female representation in an industry long dominated by men. Numerous museum directors have been quick to tout their efforts to diversify.

Julia Halperin, executive editor of artnet News, said the survey results had been a surprise even to many in the industry. “When we set out to do this project, we were excited to track just how much things had changed for female artists,” she said. “We had followed the numerous exhibition and acquisition announcements over the past couple of years, and it seemed as if we were experiencing a fundamental shift. So, it was quite disheartening for us to find that the numbers remained so low, and there had been so little measurable change.”

While some of the discrepancy can be attributed to the legacy popularity of historic male artists, such as Picasso and Monet, who operated in a world from which women were largely excluded, that does not explain the most recent failure to improve equality of representation. Moreover, museum acquisitions of work by female artists peaked in 2009.

One bright spot to emerge from the study is that the auction market for work by women has begun to take off in the last two years, hitting a high of $595 million in 2018, more than twice the total spent in 2008.