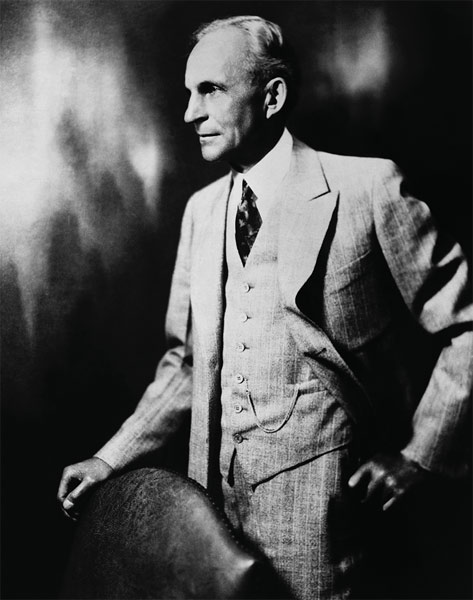 These days, there’s not much mystique about being a millionaire. A game show contestant can become one in half an hour, and each week state lotteries mint new fortunes. The Millionaire Next Door informed readers about the relatively quotidian lifestyles of penny-pinchers. Millionaires may not quite be a dime a dozen, but some 3.5 percent of households in the United States have assets worth more than $1 million.

In this environment, the real milestone of financial success is no longer a million dollars, but a billion dollars. Indeed, dreams of nine zeros fire the imagination of upstart entrepreneur and corporate titan alike. During the 1990s stock market boom, the most exclusive club in the world seemed to be admitting new initiates at a rapid clip, as baby-faced dot-com billionaires popped up on CNBC with alarming regularity.

But the Nasdaq taketh away as much as it giveth. In 2001, according to Forbes, there were 236 Americans worth more than $1 billion, down 14 percent from 274 in 2000. Speculation abounds as to who will be the next notable to ascend to the lofty heights. Will Michael Jordan or Tiger Woods become the first billionaire athlete? Which writer will be the first to reap $1 billion in royalties: horror maven Stephen King or the wizard behind the wizard, J.K. Rowling?

Our culture places great weight on being the first to break a barrier. (Ten dollars goes to the first person who can name the second person to run a four-minute mile, to climb Mt. Everest, or to walk on the moon.) And so, I ask: Who was the first American to be worth a billion dollars?

Oddly, historians and chroniclers of wealth offer several answers. Most seem to give the nod to John D. Rockefeller, the founder of Standard Oil who amassed and gave away a tremendous fortune in his 98 years. But like most heavyweights, Rockefeller faces challengers to his title.

One reason for the confusion is the broad time frame and lack of consistent record-keeping throughout the ages. Rockefeller and Ford amassed their holdings in privately held companies. In the absence of Securities and Exchange Commission filings in which moguls today quantify their holdings, it is difficult to determine precise figures.

To further complicate matters, there is the question of indexing a billion dollars to compare different points in history. Crunch a few numbers, and you will find that some men who were millionaires in their own day managed to amass wealth that compares favorably with the piles compiled by today’s Midases.

“People tend to say that nobody could possibly equal the wealth and stature of people like Warren Buffett and Bill Gates,” says Robert Gunther, coauthor of The Wealthy 100 (Carol Publishing Group, 1996), an effort to rank the wealthiest Americans of all time. “But in fact, it is much harder for contemporary business people to amass the sorts of fortunes that entrepreneurs did in the 18th and 19th centuries.”

A little history: It appears that the term billion first surfaced in 1690, in John Locke’s An Essay Concerning Human Understanding. In Locke’s world, and throughout much of the 18th and 19th centuries, the term described scientific phenomena, not monetary or financial ones. The first use of the term billionaire—which the Oxford English Dictionary starchily defines as “the possessor of property worth a billion or more of the recognized standard coin of the realm”—came in Elsie Venner, a justly forgotten 1861 novel by Oliver Wendell Holmes, father of the Supreme Court justice.

At the outset of the Gilded Age, billionaires remained fictional beings, like unicorns. Indeed, it was only in the first decade of the 20th century that one could start talking seriously about the prospect of a human being accumulating $1 billion. Surveying the financial scene 100 years ago, one would have assumed that Andrew Carnegie—not Rockefeller—was best positioned to become the first billionaire.

In 1901, J.P. Morgan lashed together several large steel interests into the mammoth U.S. Steel, the first company capitalized at more than $1 billion. The largest single constituent of this massive new company was Carnegie Steel, which the Scottish immigrant sold for $450 million, a sum equal to about 2.2 percent of the nation’s gross national product. (Today, that would mean about $220 billion.)

Instantly, Carnegie became the nation’s wealthiest man. Had he invested his money—and he was a shrewd investor—and earned a 9 percent compounded annual return, Carnegie would have been a billionaire by 1910. Instead, he gave nearly all of it away. In a 10-year philanthropic binge, Carnegie doled out some $350 million, creating thousands of libraries, endowing foundations, and funding worker pensions.

Rockefeller trailed Carnegie, but the oil magnate continued making money while Carnegie spent the 1900s giving it away. As the car was introduced to Americans in the first decade, and took off in the second, the value of Standard Oil’s products and assets grew exponentially. In 1906, New York American reporter William Hosters asked the 67-year-old Rockefeller if his net worth was calculated in 10 figures. “Nothing like it—not by one-third of that amount,” the indignant and press-shy mogul responded. “I want to make clear to you the injury that is done to me by these persistent stories that I am worth a billion dollars.”

In Titan (Random House, 1998), Ron Chernow, the most authoritative of Rockefeller’s many biographers, estimates that Rockefeller’s net worth grew from about $200 million in 1901 to about $1 billion in 1913. “That was the most he had in his hands at a single moment,” says Chernow. “But he estimated that two to three times that amount passed through his hands in his lifetime.” Rockefeller himself gave away $500 million, his son gave away $500 million, and another $500 million went to various Rockefeller philanthropies. “There was no question that he was right when he said that he made $2 to $3 billion in his lifetime.” Much of his vast fortune was tied up in a welter of trusts, holding companies, and foundations far from public view—which may explain some of the historical confusion about Rockefeller’s status.

Henry Ford was perhaps the second-greatest financial beneficiary of America’s budding romance with the automobile. On the strength of the economy-priced Model T, Ford Motor dominated the American auto industry in the 1910s and 1920s. The company held a 60 percent market share in 1921, and Ford and his family owned virtually the entire com-pany. (Ford did not sell shares to the public until 1956.) During the 1920s, it was widely and credibly reported that Ford and his son, Edsel, were worth about $1.2 billion between them.

Such circumstantial data is what led writer Howard Means to conclude that Ford was the first member of the 10-figure club. “The deductive case would be that, as of 1927, when the Model A was launched, the company had about $700 million in surplus cash on hand,” says Means, not factoring in several hundred millions of dollars tied up in assets, land, and factories. He points out that Rockefeller’s entire estate was worth “just” $900 million.

Another name that commonly surfaces for top honors is Howard Hughes, even though he is about 50 years late in the first billionaire sweepstakes. He still gets mentioned because the evidence is somewhat incomplete for Rockefeller and Ford, while Hughes had a billion without question. Hughes did a lot of things in his storied career—discovering Jean Harlow and Jane Russell and racking up a record of odd executive behavior. He also made piles of cash, largely from the sale of Trans World Airlines and from his holdings in publicly held companies. In 1968, Fortune concluded that he and John Paul Getty, both worth $1.4 billion, were the nation’s wealthiest men.

Of course, Hughes’ $1.4 billion in 1968 is more impressive than Apple founder Steven Jobs’ $1.4 billion in 2001. After all, a billion dollars today is not as much money, in terms of purchasing power. It also does not represent the same level of achievement. Today, we have an economy with a GNP of close to $10.2 trillion. So, having a billion means you have a miniscule sliver of the American pie, or about one ten-thousandth of the GNP. The $54 billion fortune of Bill Gates is enough to purchase about what the U.S. economy produces in two days. Not bad, to be sure. But it is a pretty low achievement for tycoondom, historically speaking.

Digging a little deeper, past the obvious standouts, Michael Klepper and Robert Gunther attempted to compensate for the ravages of growth and inflation. In The Wealthy 100, they devised a crude means of comparing golden apples and platinum oranges. They estimated the net worth of 100 Americans at the time of their deaths, and then divided those sums by the contemporary GNP. The person with the lowest ratio—the largest share of the U.S. economy—was deemed richest of all time. The data also points out who was the first to get to a billion dollars first.

The winner? Rockefeller. When he died in 1937, his estimated $1.4 billion net worth constituted a healthy 1.53 percent of the GNP, which is about $153 billion by contemporary standards. But using Klepper and Gunther’s scale, you have to look back further. Cornelius Vanderbilt’s $105 million fortune commanded 1.15 percent of the nation’s output in 1877, translating to $117 billion and making him a billionaire before Rockefeller.

But wait, there is John Jacob Astor, the fur trader–turned–real estate investor who was regarded by writer Axel Madsen as America’s first millionaire. Worth a cool $20 million at his death, his holdings, which included much of today’s Greenwich Village, represented about .09 percent of the GNP, or $95.3 billion by today’s dollars. Not bad for a German immigrant who arrived on these shores at the turn of the 19th century with $25 and seven flutes to sell.

It also turns out that some well-known Americans whom we tend not to think of as high rollers were rolling in it, relatively speaking. The results may surprise you, but they make sense historically. In those days, before the estate tax, the IRS, and the antitrust division of the Justice Department, there was the potential for much greater accumulation of relative wealth on a percentage basis.

Before Astor, consider John Hancock, who was worth $350,000 at his death in 1793. His net worth equaled 1/174th of the young nation’s economy, or the equivalent of $14 billion today. If George Washington’s $530,000 fortune constituted as much of the nation’s GNP now as it did then, his fortune would be $12.7 billion. Besides being rich in wisdom, the founding fathers were just plain rich.

So, finally, who was the first billionaire? Using wealth as a percentage of then-current GNP, my vote for the first billionaire in the United States, chronologically speaking, goes to Benjamin Franklin. Of the wealthy 100, his are the earliest birth and death dates. An inventor, publisher, diplomat, scientist, and statesman, Franklin died in 1790 with a fortune estimated at $150,000—roughly $7.5 billion in contemporary terms. “Who is rich?” Franklin once asked. “He that rejoices in his portion.” Apparently, the founding father had quite a larger portion than most of us realized.