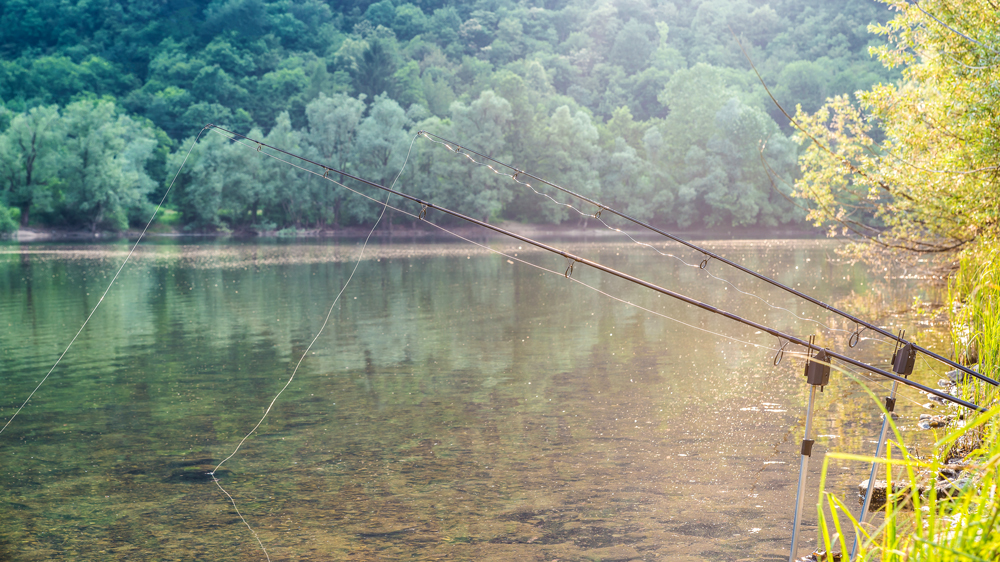 I’m in a small cabin next to a river in New Brunswick, Canada. There’s no Wi-Fi, which is morally improving; no phone service, which is slightly unsettling; and no electricity, which is, I guess, invigorating. To get here we took a four-wheel-drive truck with reinforced tires down a steep, ridiculously rocky hill. The temperature is below freezing; the water temperature only six degrees above. And an approaching storm threatens to bring more than four inches of snow.

Why do we do this? To catch an Atlantic salmon, the king of fish and one of the most elusive. Doing this makes you either inspired or absurd. But it’s the balance of both that makes salmon fishing a calling for those who respond to the triumph of something that can only come with long odds. How long? If you catch two fish in one day then you probably feel invincible enough to play the lottery.

That combination drew me to an ancient, private salmon club whose name I swore never to reveal. I had not pursued salmon before, but I knew its reputation for difficulty, made harder this year because the water was low, meaning fewer salmon move up the river to spawn. I’d heard stories—people who hadn’t caught salmon the first half-dozen times they tried, people who caught them on the last cast of a trip, people who lost their only chance when one broke off in sight of the net through what guides call “user error.”

As somebody who has experienced user error before, I was trying to decide if it was worse to not catch a salmon or to catch one and lose it. Salmon fishing is mysterious because what inspires a salmon to take a fly is not at all understood. It may be instinct, or they may be angry or territorial. You cast again and again. Some find it therapeutic, or boring. So many theories, so few fish.

The salmon congregate in pools, and you cast across the river and let your line swing in front of where the guides know them to be. We used low-water flies, including the Undertaker, that are primarily black and orange. We opted for 8-weight rods (mine is the Orvis Helios 3D, which is perfect for longer-distance casts). Then you wait for a tick. What is a tick? It’s like a little knock. You’ll know it when you feel it because there’s a long pull afterward.

Hmmm. I was sensitive to any tick. And I quickly felt one, as if the line had caught on a bench submerged in the river. It turned out to be a large grilse (a one-year-old salmon). I retrieved him at what I considered a healthy pace but was told it was too quick. My version of the story, which is also true, is that he jumped clear of the water and threw the hook. The excitement was real, and then it was over all too soon. Regardless, I wouldn’t make that mistake again. I would let the next fish go on its run, tire itself out. And that’s just what happened. I felt another tick and this time really let him run. I brought him in more patiently. This next fish proved to be another grilse, glittering silver with a vivid streak of pink down its flank.

When we landed it, the guide said that it was 2¾ pounds. Not three pounds, mind you—2¾. That is a good-size trout but a very small grilse, about the size of your forearm. You really want to catch a salmon that’s the size of your whole arm. In fact, it was the smallest grilse caught all year at the club, possibly ever. We searched through the logbooks where each fish is entered, with its weight, fly type, and a few comments next to the name of the angler. I now carry this distinction and have to say I’m pretty happy with it. I would much rather have caught the smallest grilse than the second smallest. I even feel a bit sorry for the person who caught a three-pound grilse. In the storied record book I entered fly type: Copper Killer.

We cast on the last morning knowing that a storm was arriving. The snow began to fall. We knew we had a steep uphill drive and would be pressing our luck. But surely this would make the best story of all—catching a salmon in a snowstorm. I’m sorry to report that the salmon didn’t conform. They rarely do. We want to tell fishing stories with happy endings and those are always nice, but that’s the chance you take with Atlantic salmon. There’s still the attraction for those who take their chances against long odds.