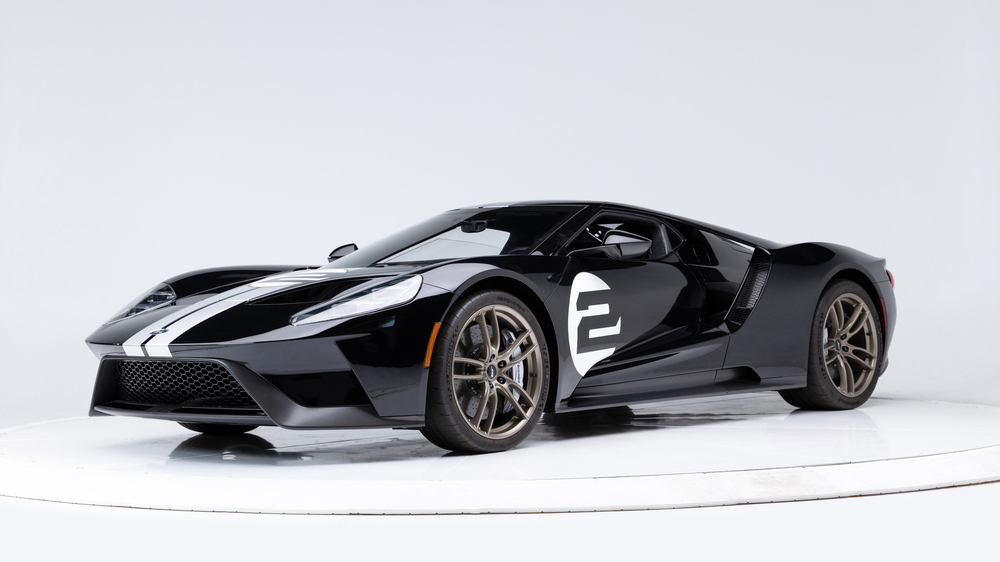 It’s about to get a whole lot easier to get your hands on a Ford GT. With the two-year prohibition on selling the second-generation supercar about to come to an end, you can expect to see the coveted vehicle begin to command a pretty penny on the second-hand market.

Case in point: a 2017 Ford GT ’66 Heritage Edition that crossed the block earlier this month at a Barrett-Jackson auction in Las Vegas. The limited-edition example of the mid-engine speedster sold for a jaw-dropping $1.5 million, more than three times the car’s starting price.

Three years after the GT was first unveiled, the supercar is still notoriously hard to get. And Ford has done everything it can to make sure it stays that way, putting potential buyers through a famously strict application and selection process. When the car was first announced, 6,500 people applied for their chance to buy one of the 1,000 GTs being made, though an additional 350 were made available for application last year.

The Detroit automaker also required everyone who bought the limited-run car to sign a customer agreement pledging to not sell it for two years from the purchase date. Ford was willing to do whatever it could to stop owners from flipping their cars, even if that meant suing WWE superstar John Cena.

Of course, not all the GTs about to hit the market will go for sky-high figures like the one that sold in Las Vegas. That specific model is a limited-edition version that pays tribute to the GT40 Mark II driven to victory by Bruce McLaren and Chris Amon at Le Mans in 1966, part of Ford’s legendary 1-2-3 sweep that year. The car is finished in Shadow Black with silver racing stripes and has a Frozen White No. 2 decal on the hood and doors. Underneath the hood, it’s powered by a mid-mount 3.5-liter V6 EcoBoost turbocharged engine, capable of cranking out 647 hp and 550 lb-ft of torque, paired with a seven-speed dual-clutch automatic transmission. Making the car even more attractive is that it only has 30 miles on the odometer.

So, why would someone drop $450,000 on such an exquisite vehicle and just leave it parked in the garage? It’s almost as if the coveted car was purchased as an investment and nothing more. As more and more GTs start to make their way to the secondary market, it’ll be interesting to see just how many were driven and how many were treated like full-size Hot Wheels.