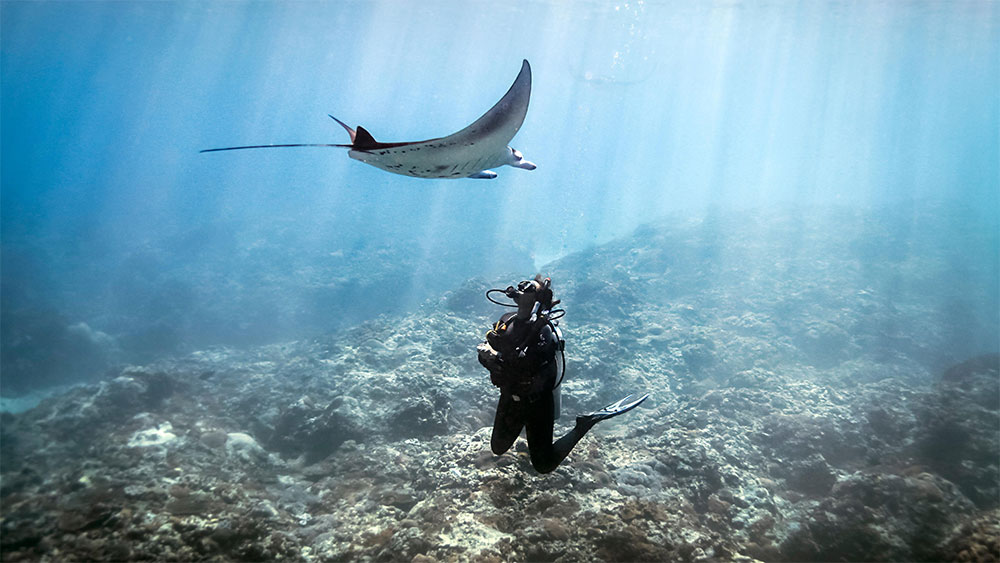 Some people just want to sit by the pool or lay out on the beach when they are on vacation, especially if they are somewhere as stunning as Hawaii. But for those craving something a little more adventurous, the Four Seasons Oahu at Ko Olina has something else in store—the chance to experience what it’s like to be a Navy SEAL.

The hotel has teamed up with Trident Adventures, a luxury dive operation owned by two recently retired SEALs, Steve Kaplan and James Beck, to offer one-of-a-kind underwater adventures to its guests. Based out of the Ko Olina Marina, Oahu’s only privately owned deep draft marina, Kaplan and Beck will make sure guests of all ages and abilities get to make the most of their time in the pristine waters off the island’s leeward coast.

The highlight of collaboration is the Navy SEAL for a Day package. Kaplan or Beck will personally take participants on a day-long adventure that includes an hour of training, a tour of the Oahu’s north side, scuba diving, a helicopter jump (without scuba gear for safety purposes), a tactical shooting experience and skydiving. It’s the closest someone can get to being a SEAL without actually being one.

“Diving with US Navy SEALs is to dive with the absolute best of the best,” said Hawaii 5-0 actor Alex O’Loughlin, who was trained by the two former SEALs. “The attention to detail these guys have in every aspect of the experience, for every person they take out, is unmatched in the industry.”

The two SEAL veterans also offer a wide array of Professional Associated of Dive Instructors-approved courses and outings for those looking for something a little less intense, including everything from a basic tutorial to deep sea wreck diving. Other options include a snorkeling tour and multiple courses designed specifically for children.

Rates for the SEAL for a Day package start at $15,000 per person, though there are discounts for groups of up to four. You can also chose to do just one of the SEAL experiences for a reduced rate as well, whether it’s a helicopter jump (which starts at $599 plus additional fees), tactical shooting ($5,800) or skydiving ($10,000).