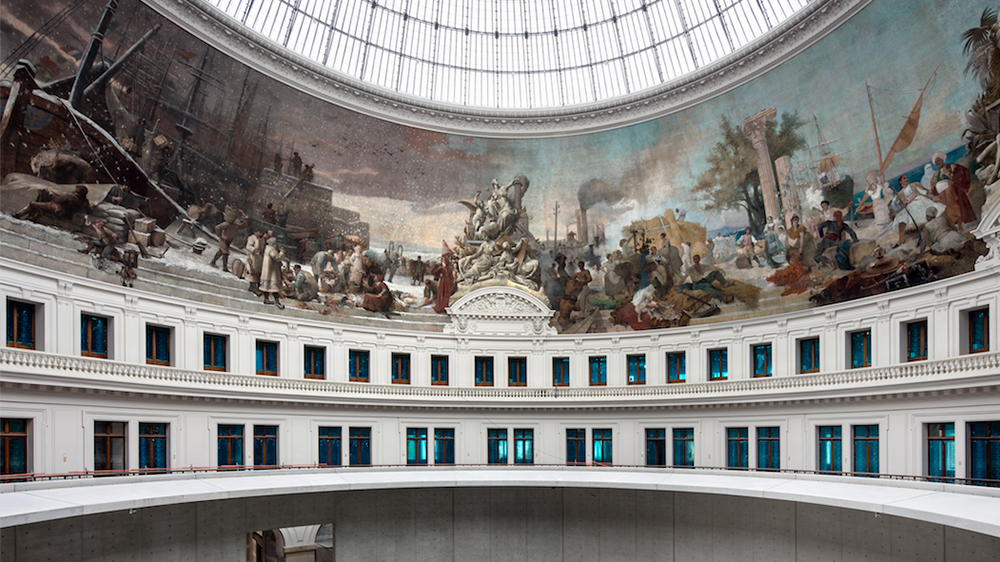 All eyes are on the Paris art world this month, as the Louvre prepares to open a Leonardo da Vinci retrospective, the Palais de Tokyo gets ready to launch a biennial-style show about the French art scene, Jeff Koons debuts a controversial memorial nearby the latter museum, and the FIAC and Paris International art fairs gear up to inaugurate their editions for this year. But the frenzy won’t end there, thanks to the opening of a hotly anticipated new museum next year.

The Bourse de Commerce, a private museum for billionaire François Pinault’s collection, now has an opening date of June 2020. Designed by Tadao Ando, the museum is estimated to cost around $170 million to build.

Pinault, who has appeared on the ARTnews Top 200 Collectors list 25 times, currently operates two other museums in Venice—the Palazzo Grassi and the Punta della Dogana, both of which were also designed by Ando. He is known for putting on must-see shows by artists with marquee names, such as Damien Hirst, Albert Oehlen, and Sigmar Polke, and his museum in Paris is set to become one of the most closely watched spaces in a city rich with contemporary art spaces such as the Fondation Cartier pour l’Art Contemporain and the Palais de Tokyo.

Pinault is estimated to be worth around $29 billion, and much of his fortune comes from the founding of Kering, a holding company that owns luxury goods companies such as Gucci, Bottega Veneta, Yves Saint Laurent, and other major brands. In 1998 he purchased a majority stake in Christie’s for $1.2 billion; it is now the top auction house in the world.

The French collector is one of the most important figures in the French art scene, and this is not the first time he has tried to build a museum in the country he calls home. In 2000 he announced plans to build an institution in a former Renault factory near Paris. The plans to erect the museum were ensnared in bureaucratic issues, however, and Pinault abandoned the project five years later.

This is not the only time Pinault has made headlines this year within the Paris art scene. In April, house after Notre-Dame caught fire, Pinault and his son, François-Henri, said they would donate €100 million to the rebuilding efforts at the cathedral. The next day, Bernard Arnault, another French collector and Pinault’s rival, said he would give €200 million to helping reconstruct Notre-Dame.

Kering, Owner of Balenciega and Gucci, Is Helping to Renovate a Medieval Palazzo in Florence

Bitcoin Tops $40,000 for the First Time, Pushing the Value of the World’s Cryptocurrency Over $1 Trillion