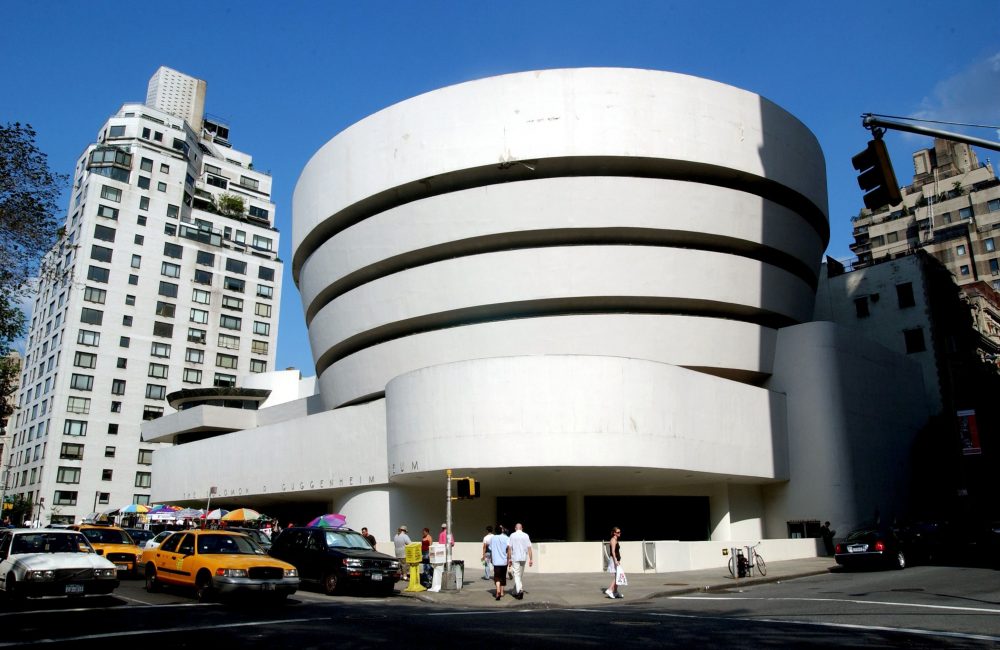 Prolific American architect Frank Lloyd Wright designed more than 1,000 structures (of which 449 were realized) during his illustrious 50-year career—a handful of which will now be considered World Heritage Sites. On Sunday, eight of Wright’s iconic buildings were inscribed on UNESCO’s famed list to sit alongside more than 1,000 astounding wonders, like Machu Picchu, the Great Wall of China, the Grand Canyon and the Colosseum, to name but a few.

Designed by the architect during the first half of the 20th century, the buildings (which include New York’s Guggenheim Museum and the Fallingwater house in Pennsylvania) epitomize Wright’s renowned “organic architecture.” The designation was announced in Baku, Azerbaijan, during UNESCO’s annual conference.

“Each of these buildings offers innovative solutions to the needs for housing, worship, work or leisure,” wrote members of the World Heritage Committee in a press release. “Wright’s work from this period had a strong impact on the development of modern architecture in Europe.”

Below, a look at all eight of the new additions to the list.

Located in the mountains of Southwestern Pennsylvania, Fallingwater is one of Wright’s most widely acclaimed architectural feats. Designed in 1935, the building seamlessly blends art with nature and wholly exemplifies Wright’s “organic architecture.” Since its first public debut 82 years ago, more than 5 million tourists have marveled at the site.

The Guggenheim Museum in New York

The modern art museum received a ton of endearing nicknames when it opened in 1959, from the Inverted Cupcake to the Washing Machine. Wright took an ancient ziggurat and flipped it on its head, literally, to create an upside-down spiral structure which gives the illusion it could expand forever and ever toward the sky.

The Hollyhock House in Los Angeles

This structure is named after the Hollyhock flower which covers its facade. The house marks Wright’s deviation from Prairie-style creations in favor of Mayan architecture. It was almost demolished in the ‘40s, but after a $4.3-million restoration, it rightly takes its place on the list.

The Unity Temple in Chicago

Commissioned by the congregation of Oak Park Unity Church in 1905, the Unity Temple in Illinois now represents Wright’s only remaining public Prairie-style building. The monolithic structure heroes slabs of grey concrete—a cheap industrial material Wright used to adhere to the lean $45,000 budget—and exudes a unique brutalist aesthetic that’s unlike any other church in the country.

The Robie House in Chicagor

Considered to be one of the greatest examples of Prairie School design, Wright’s Frederick C. Robie House is a thing of geometric beauty, featuring a multitude of horizontal lines and rectangular shapes. Though the building has witnessed (and felt) a lot of history—the exterior brickwork and front door were destroyed during a student protest in the ‘60s—it recently underwent a major $11-million restoration that brought it back to its original 1910 glory.

The Jacobs House in Wisconsin

Built in 1936, the Herbert and Catherine Jacobs House in Madison, WI, is widely touted as Wright’s first Usonian structure—a term derived from “United States of North America” which the architect used to describe his quest for design which was focused on the American landscape and refused to concede to European conventions. The house is intrinsically linked to its environment—with earthy materials like wood, stone and brick blurring the lines between the outdoors and indoors.

Situated atop Wright’s favorite hill from childhood in the Wisconsin River Valley, Taliesin was Wright’s personal home, and included 37,000 square feet. The property was a design laboratory of sorts: a place for Wright to experiment with new ideas, so it embodies buildings from nearly every decade of his career. The 800-acre estate also encompassed a school Wright designed for his aunts, a drafting studio, theater and gallery space, as well as a Romeo and Juliet Windmill Tower (the oldest design on the estate).

Taliesin West was Wright’s refuge from the harsh Wisconsin winters and also served as the headquarters of the Taliesin Fellowship. Established in 1937, the property provided a blank canvas for the architect and his apprentices to test out their creations, making it among the most personal of Wright’s designs.