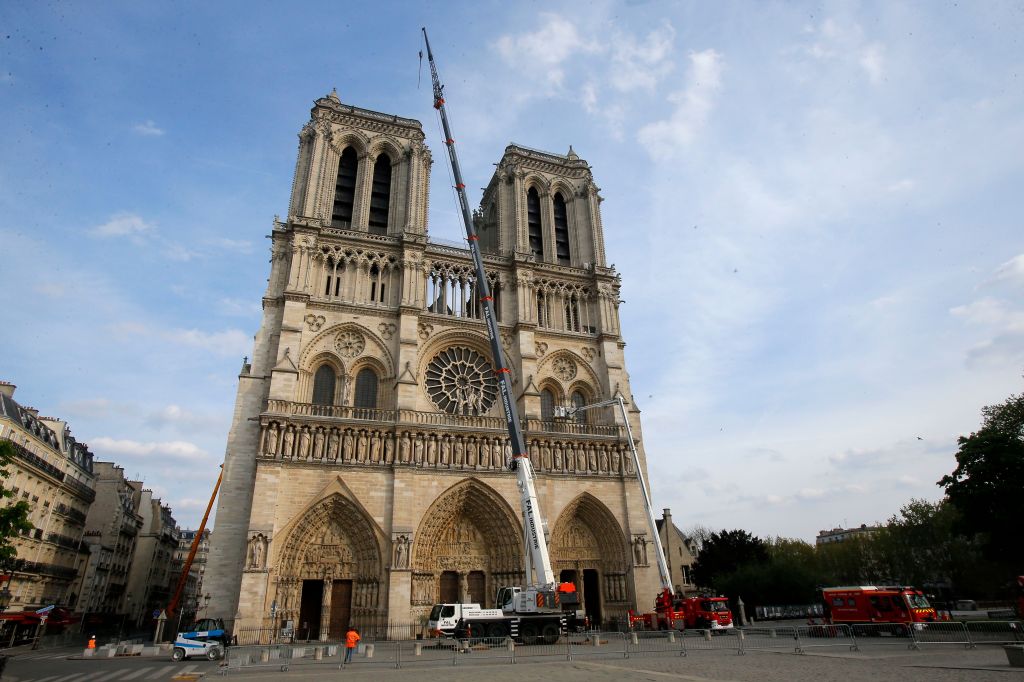 Two months ago, an inferno engulfed and ravaged Paris’s iconic Notre Dame cathedral. A number of France’s high-profile billionaires were quick to respond, pledging hefty sums to repair the storied structure. It was a heart-warming notion which, it appears, has not been fulfilled. Church and business officials told the Associated Press, the billionaire French tycoons haven’t paid a cent.

Conversely, it’s the comparatively small fry—with not-so-deep pockets—that are behind the first donations: The majority of funds have come from American and French individuals who have made contributions via the cathedral’s Friends of Notre Dame charity. “Americans are very generous toward Notre Dame and the monument is very loved in America. Six out of our 11 board members are residents in the US,” the charity’s president Andre Picaud told the AP. Picaud estimates that 90 percent of the donations the charity received were from American donors, with small French donors also contributing.

This month, the charity will issue its first private payment of £3.6 million ($4 million a current exchange) toward the reconstruction of Notre Dame—no thanks to France’s super elite. It will be used to pay the bills and salaries of the up to 150 workers who have been employed by the church since April. The French state has also paid funds toward the epic restoration project.

So, which billionaire donors are having difficulty parting with their checks? LVMH chief officer Bernard Arnault—who was ranked #4 on Forbes’ “Billionaire’s List” last year and is estimated to be the richest man in France—promised £200 million ($224 million), as did the Bettencourt Schueller Foundation of the L’Oréal fortune. Francois Henri-Pinault, chairman of Kering—the parent company of Gucci, Yves Saint-Laurent and Balenciaga—pledged €100 million (about $112 million) and Patrick Pouyanne, CEO of French energy firm Total, stated his company would match that figure. But so far, none of that promised money has materialized.

“The big donors haven’t paid. Not a cent,” Finot told the AP. “They want to know what exactly their money is being spent on and if they agree to it before they hand it over, and not just to pay employees’ salaries.” The AP reached out to the aforementioned billionaires about the donations, and all said they still intended to fund Notre Dame’s renovation.