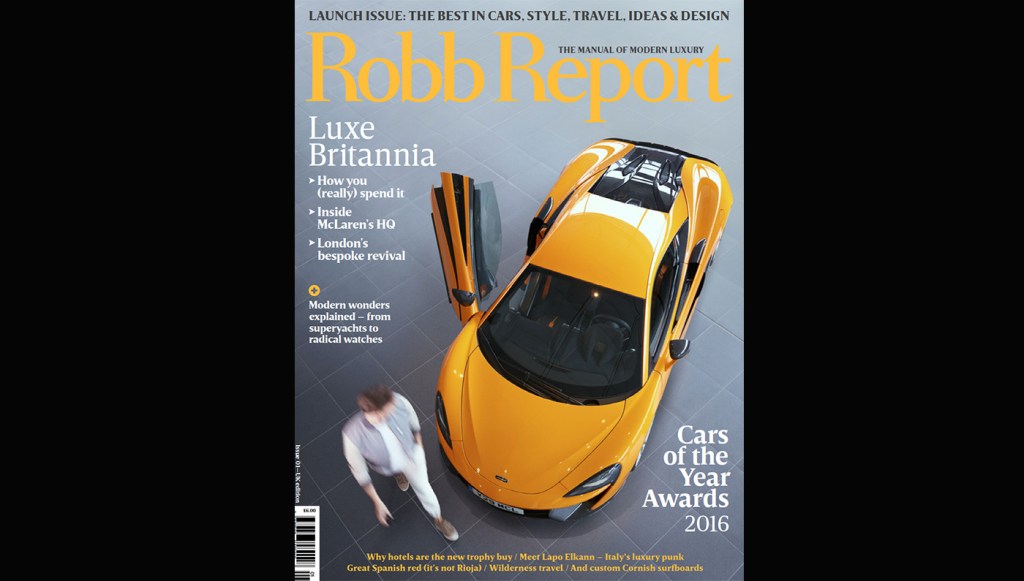 With the launch of Robb Report UK, in partnership with Brave New World, Robb Report now has 16 international editions

Publishing house and creative agency Brave New World has announced the launch of the British edition of Robb Report – the definitive authority on modern luxury, first established in the United States 40 years ago and now global with 16 international editions.

The London-based editorial team – headed up by Editor-in-Chief James Collard (ex-Times Luxx Editor) and Editor and Digital Editor Paul Croughton (formerly of The Sunday Times and Arena) – will bring Robb Report’s unique insights about what matters most in the world of luxury living to an affluent, discerning audience. Content will cover the latest and best in cars, watches, style, travel & adventure, food, wine, business, culture, art & design, collectibles, jewellery, technology and property. Highlights from the launch issue include: a wealth report on Britain’s new classless rich; London’s most upscale ‘Life Curators’; an interview with Fiat heir Lapo Elkann about his latest venture; and the magazine’s annual Cars of the Year Awards.

Robb Report UK’s Editor-in-Chief, James Collard, said: “Our job at Robb Report is to discover and explain excellence, whether that’s the most exciting super-car, handmade shoes or a really great wine – all for a reader who wants the best and understands that quality is worth paying for.”

The magazine, which is being published as a joint venture with Robb Report Media, will be quarterly for 2016 (April, June, September & November), costs £6 on newsstand and has a print-run of 52,000. The first issue and website launch on 21 April.

Robb Report CEO, Stephen Colvin, said: “We’ve been a strong international brand for many years now. But launching a UK edition in the year Robb Report turns 40 is an important landmark – given Britain’s great luxury tradition and London’s centrality in the marketplace today.”

Crispin Jameson, CEO and creative director of Brave New World, said: “Robb Report is an important brand in the world of luxury and we are relishing the task of giving it a British flavour and sense of style.”