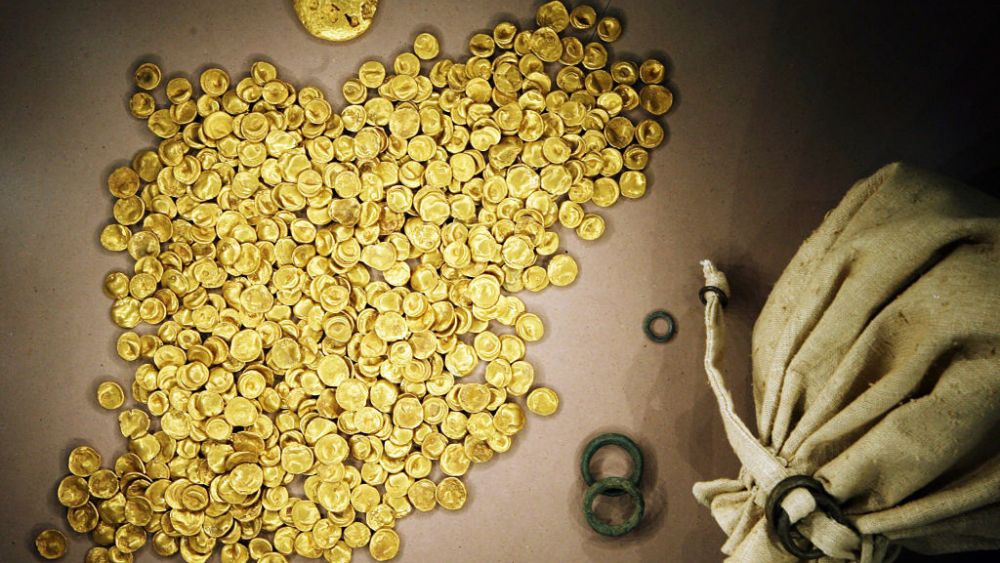 Nearly 500 Celtic coins were stolen from a German museum, and the thieves made it out in less than 10 minutes without setting off any alarms.

On Tuesday, a collection of ancient gold coins worth millions of dollars were taken from a museum in Manching, according to The Guardian. Employees first noticed that a glass display cabinet had been smashed and then quickly realized that a hoard of coins had been looted. The treasure itself dates back to the third century BC and was first discovered during an archeological dig in 1999. Local Bavarian police are now on the hunt for the thieves.

Mayor Herbert Nerb told the Sueddeutsche Zeitung that “the museum is actually a high-security location. But all the connections to the police were severed.” Local officials determined that phone and internet cables had been cut at a telecommunications hub less than a mile away and the entire region had experienced a disruption prior to the break in. The sophisticated nature of the burglary suggests that this was the work of professional, organized criminals. Nerb rendered the unfortunate incident a “complete catastrophe.”

“The loss of the Celtic treasure is a disaster. As a testament to our history, the gold coins are irreplaceable,” Markus Blume, the minister of arts and sciences for the Bavaria region, told German news agency dpa. Blume noted that authorities estimate the total weight of the coins to be approximately 4 kilograms (8.8 pounds).

ABC also reported that security systems at the museum show the perpetrators entering the Celtic and Roman Museum at 1:26 am and leaving nine minutes later at 1:35 am. Guido Limmer, the deputy head of Bavaria’s State Criminal Police Office, stated that the robbery could be connected to a string of other high-profile heists that have taken place in Germany in recent years.

A Pocket Watch That Almost Sank With the ‘Titanic’ Just Sold for Over $100,000 at Auction