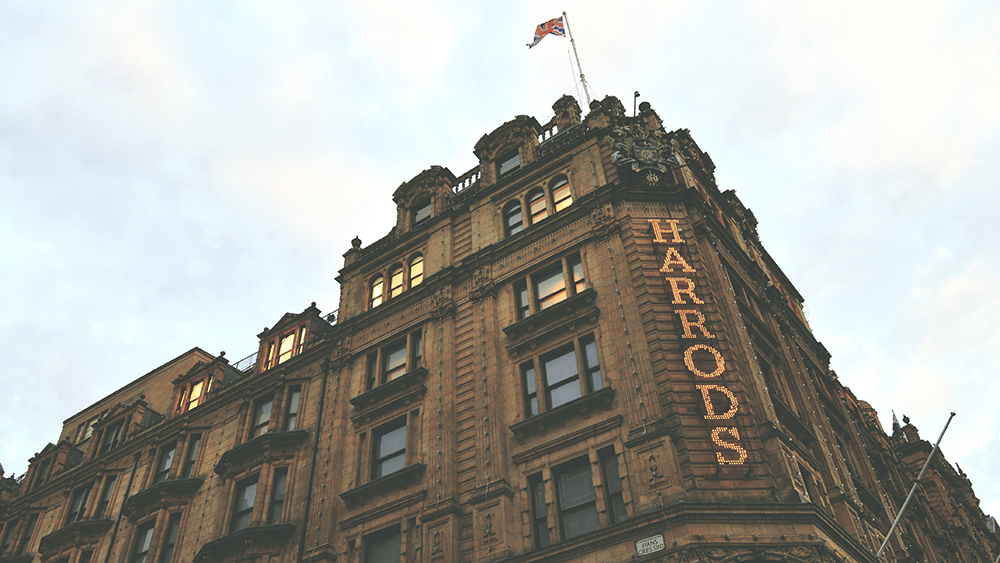 Harrods wants Russians to keep their wallets in check.

In just the latest example of sanctions on Russia, the British retailer is now telling Russians that they can’t spend big at the department store.

Last month, in response to Russia’s invasion of Ukraine, the United Kingdom issued new sanctions on luxury goods. In accordance with this, Harrods confirmed on Thursday that it’s alerting Russian nationals who reside in Russia that they can no longer buy items worth more than £300 (or about $374), according to Women’s Wear Daily.

“Our priority is to comply with regulations; informing potentially impacted customers on how it may limit their ability to shop at Harrods, and ensuring wider customers are not unduly affected,” the store said in a statement. “We are happy that we have been able to take this action and support customers in making them aware of recent government regulations.”

Via its rewards program and delivery data, Harrods is able to track where customers live. If it appears that someone lives in Russia, the store is asking them to confirm their address and informing them of the sanctions. Russians who live in the UK or elsewhere outside of Russia are not being impacted. The store would not comment on how many customers were being affected or how large its Russian customer base is, WWD said.

Previously, the UK banned the export of luxury goods to Russia in retaliation for that country’s war in Ukraine. And even before the more recent sanctions, some brands had already started restricting sales to Russian customers. Chanel, for example, began to ask clients to confirm that the products they were buying would not be used in Russia.

“We recognize that this process of walking through the law has caused disappointment to some of our clients,” Chanel told WWD. “We apologize for any misunderstanding this may have caused, as welcoming all our clients, regardless of where they come from, is a priority for Chanel.”

As it currently stands, the UK now has tariffs or bans on more than £1 billion ($1,248,900) of Russian goods. These measures are affecting luxury goods, of course, along with silver, wood products, diamonds, rubber and even caviar.