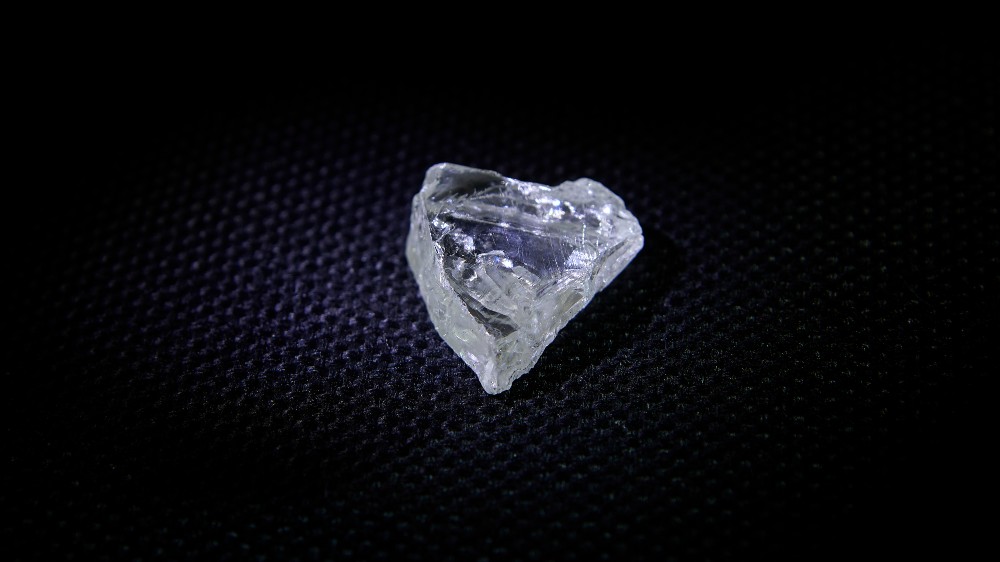 At 65.7 carats, the gem, which experts are estimating to be more than 300 million years old, is imbued with high-quality characteristics—not the least of which is its uncommon shape.

“Diamonds of a distinctive shape that resemble some object or symbol are extremely rare in nature,” Evgeny Agureev, director of the diamond-mining organization Alrosa, said in a statement. “Most rough diamonds are octahedron-shaped or do not have a particular shape at all. The appearance of a heart-shaped rough diamond, especially on the eve of Valentine’s Day, seems to be a symbolic gift of nature not only to our company, but also to all loving couples.” We can’t argue.

Big diamonds are always in style, but they’ve been especially trendy of late. Last December, a 552-carat yellow diamond was discovered in Canada, the largest found to date in North America. And last summer, international scientists proffered a hypothesis that there are more than a quadrillion tons of diamonds deep at the center of the Earth. That would make diamonds downright common if it weren’t for that fact that they would be so far underground they’d be inaccessible—at least for now.

Meanwhile, naturally shaped diamonds seem to be having a moment. According to Alrosa, a diamond shaped like a soccer ball was discovered right around the time of the 2018 World Cup, and a skull-shaped sparkler was found before Halloween. Mother Nature has a festive spirit, apparently.

As for the heart-shaped bijou, it will be no one person’s Valentine’s Day gift this year; it’s currently at Alrosa getting a close inspection before its final fate will be decided.