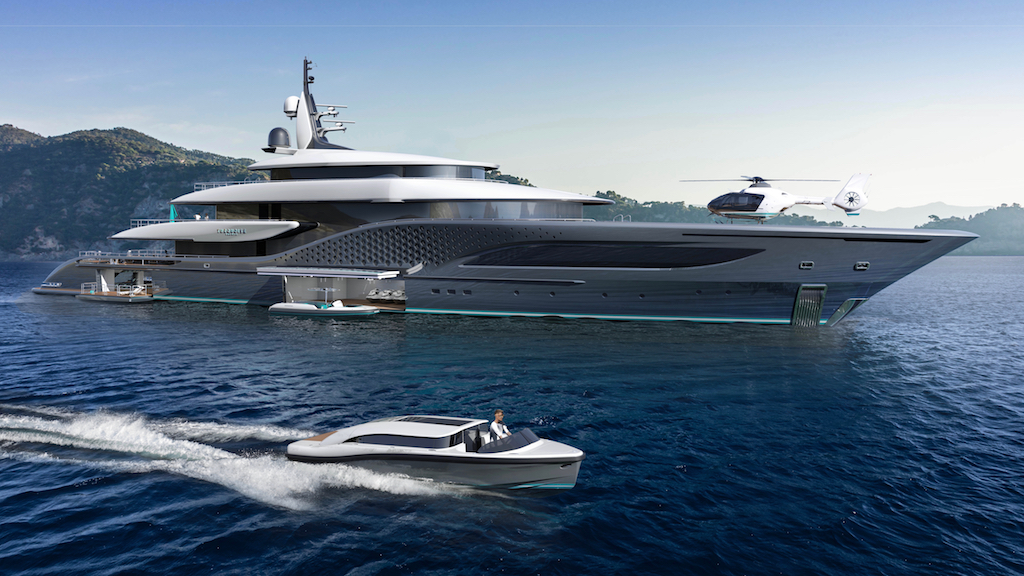 Some luxury brands are only just beginning to realize that people will, in fact, drop $50,000 for a new timepiece or, say, $11,995 for a shearling coat without every holding it in their hands or trying it on. But what about a $51 million luxury yacht, an $18 million 2010 Legacy 650 private jet, or a mansion in Paris for $39.9 million? You just might if you want to remain discreet. Hush Hush, a new London-based e-commerce platform, plans to be a new marketplace where millionaires and billionaires can order their favorite goods online.

The site sells everything from yachts, private jets, homes, and supercars to furniture, art, luxury watches, and handbags. And yes, believe it or not, everything on the site is offered with “hassle-free” returns within 14 days of delivery, shipping by the next working day, SSL-enabled secure checkout, and 24/7 concierge support. The site was founded by 29-year-old entrepreneur Aaron Harpin, who splits his time between London and Monaco, according to The Telegraph. Harpin says he has already sold a £100,000 ($131,607) hovercraft and is aiming for an average shopping cart price of £10,000 or about $13,161.

But who would want to buy a $51 million yacht without seeing it first, even if it can be returned? Harpin says Hush Hush sales agents will meet you at the boat (or plane or property, for that matter), take you on a tour, and even connect you with a relevant lawyer. (The 2010 Legacy 650 jet, for instance, is being sold from India.)

There may be some pretty significant kinks to work out, however, before the operation feels legit. For instance, an image of a $621,000 diamond Piaget watch has clearly been lifted from Chrono24.com, complete with its branding still left on the blurry photo. Inexplicably, the prices for some luxury residences seem astronomical even by luxury standards of this level. A five-acre farmhouse in Westend Greens in New Delhi is listed for £1,521,710,400 or $2 billion at current exchange (and there’s only one picture and you can’t see the house). The listing claims the home has five bedrooms and seven baths. That figure seems wildly inflated when you consider that the most expensive residential property in the world belongs to Mukesh Ambani, chairman of Reliance Industries, whose 400,000-square-foot home in South Mumbai, India, has 27 floors, each the size of a two-story building. (That property is estimated to be worth $1 billion to $2 billion.) A New York five-story townhouse located at 218 East 62nd Street is listed on Hush Hush for £7,969,000 or about $10.4 million, which seems at least somewhat close to value as Street Easy lists the same property for $9,950,000.

We’ve reached out to the Hush Hush concierge about the $2 billion farmhouse, but have not yet received a response. In the meantime, there’s no harm in looking. But be warned: Even a strictly lookie-loo visit to Hush Hush might have you dreaming about your new Japanese ski chalet or a slick 2018 Bugatti Chiron.