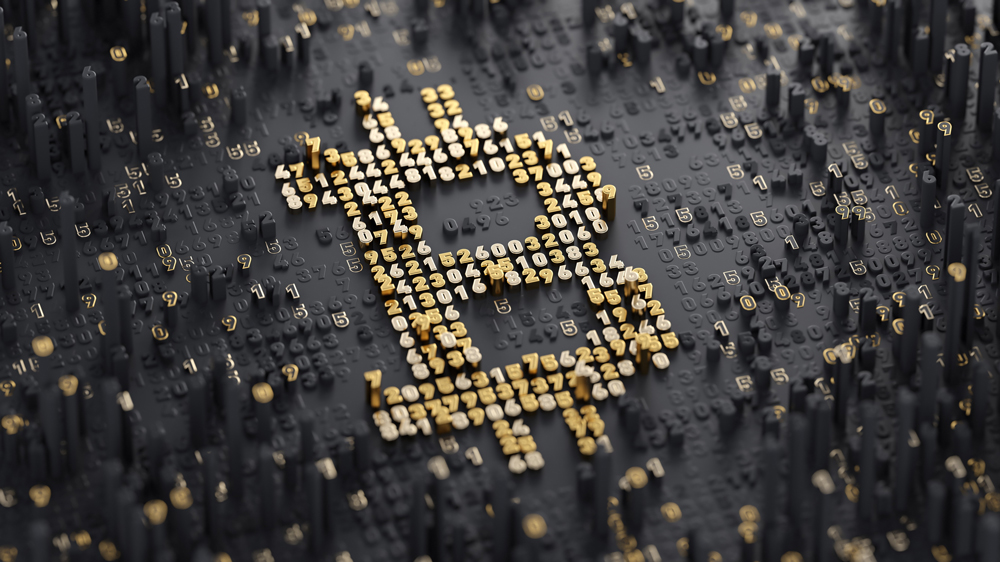 If you want to get your hands on the newest Hublot Big Bang watch, you’ll need to pay up in Bitcoin. The innovative Swiss watch company started taking pre-orders for this limited-edition $25,000 model in September exclusively through a partnership with Octagon Strategy Limited (OSL), a digital asset brokerage firm. Is this Hublot’s effort to expand into a new transactional system, or is this just an attention-grabbing gimmick from a brand known for its conspicuous marketing campaigns?

It’s probably a mix of both. As a forerunner in the watch market, Hublot is known for pushing the boundaries  in its product design and marketing, so it’s not surprising that it’s perhaps the first luxury brand to start trading its products in cryptocurrency. “To sell a watch in Bitcoin allows Hublot to be very innovative,” says Christophe Barré, the company’s chief financial officer. The partnership with OSL is also a clever marketing effort to appeal to a younger set of financially shrewd shoppers who have either gotten rich quick from trading in cryptocurrency or want to experiment with the techno currency. Hublot’s new watch commemorates Bitcoin’s 10th anniversary: It’s limited to 210 pieces in a nod to the finite 21 million Bitcoin, and each watch bezel will be engraved with the identification number of the Bitcoin transaction.

Whatever the reasoning, the move leaves Hublot largely alone at the starting gate of luxury product manufacturers getting into the Bitcoin race (though a few top watch retailers have already made the leap). Although a secondary market for art, automobiles, and other luxury goods (including, increasingly real estate) sold for cryptocurrency is quickly growing, luxury manufacturers themselves have remained leery of subjecting their financial performance to the wildly fluctuating emerging markets.

Executives at Hublot say they believe they have solved the problem of currency fluctuations with a hedging mechanism, opening a means to a new fount of customers. The watch’s price was set (for pre-orders) in dollars ($25,000) and fixed at Bitcoin’s value on October 31, allowing Hublot to make immediate trades that will eliminate the currency risks, says Barré.

The enthusiasm from Bitcoin holders was quickly obvious to the company; the Big Bang edition watch was almost immediately oversubscribed. Delivery on the watches begins next month. This has encouraged Hublot to explore further forays into crypto. (Says Barré, sounding pleased, “I think we may develop other projects.”) It’s currently exploring ways to accept Bitcoin for products in its boutiques in Hong Kong and Macao.

The price of Bitcoin, the most famous of the many forms of cryptocurrency, soared from $970 in 2017 to roughly $20,000 before dropping to $6,321 in October 2018. While nobody knows how many millionaires and billionaires this has minted, it’s clear that the extraordinary wealth created by cryptocurrencies is injecting energy into secondary luxury markets as the holders of Bitcoin, Ethereum, and other currencies seek to spend their newfound riches.

After watching the value of her experimental Bitcoin purchases soar, Elizabeth White used her earnings to found the White Company, which serves as a broker for crypto holders to buy yachts, helicopters, automobiles, artworks, and other goods on the secondary market. She says she has 30,000 clients overall and notes, “I have 58 clients who have spent $1 million on a transaction.” She hedges for currency fluctuations with a hedge-fund partner and pays sellers in “fiat”—crypto lingo for dollars, euros, and other traditional currencies. She says her self-funded business has an advantage over luxury companies that must meet investors’ earnings expectations. “Established companies would never take that kind of risk,” she says. “It’s very scary.”

It remains to be seen if other luxury brands will take the plunge, but a number of projects suggest that it’s more an issue of when (and how) than if. White has just signed a deal for a crypto credit card with a major bank issuer with details to be unveiled before the end of the year. Goldman Sachs has said it’s exploring a form of trading in Bitcoin that it’s calling “non-deliverable forwards,” which are over-the-counter derivatives that would be settled in U.S. dollars with the Bitcoin-U.S. dollar price established by a set of exchanges.

Accepting crypto does offer access to a wealthy young group of consumers who may be new to luxury markets and could be good customers for many years to come. White says many of her clients prefer various forms of texting—including the highly secure and anonymous Signal and Telegram—to telephone calls or emails. “The younger generation doesn’t want to talk to you,” she says. “If they could send emojis they’d probably be happy.”