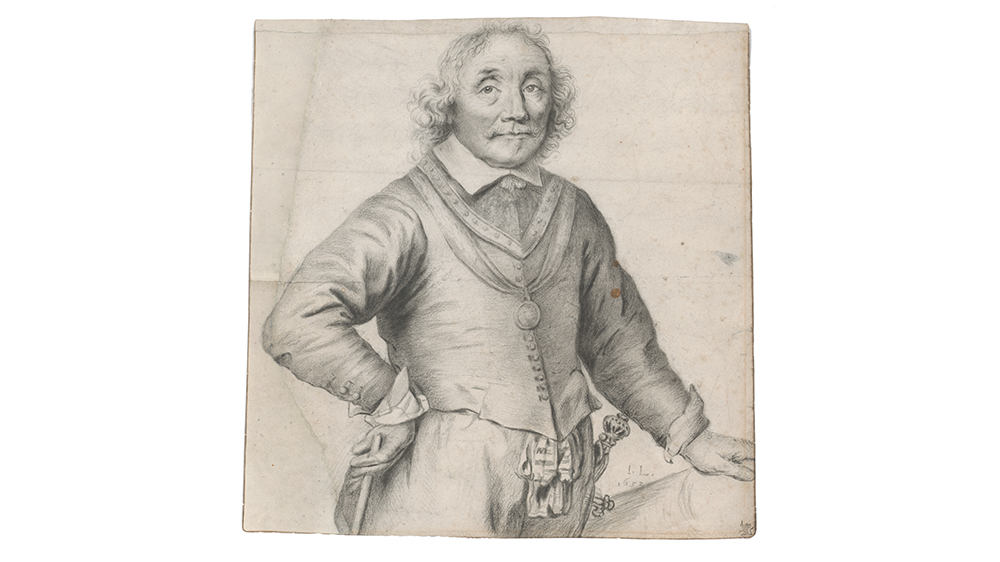 Being underestimated isn’t always a bad thing. Especially if you’re talking about a work of art.

Take, for instance, a 1652 portrait by the Dutch artist Jan Lievens: When a small auction house in Massachusetts put the drawing on the auction block in October 2020, it offered presale estimates of $200 and $300. The work ended up selling for $514,800 in about 10 minutes. Now the portrait is going to TEFAF Maastricht, one of the world’s most respected art fairs, where it’s being listed for about $1.44 million (1.35 million euros).

“It was more impressive than I had expected,” Gregory Rubinstein, the head of Sotheby’s Old Masters Drawings department in London, told The New York Times. “It’s turned out to be everything that one would have hoped.”

The drawing depicts the Dutch national hero Maarten Tromp (although he didn’t gain that title until after his death in 1653; the portrait is from the year prior). The original was turned into a print and reproduced dozens of times. And although the image of Tromp became something of a national symbol, Lievens’s original work disappeared from public view for 132 years beginning in 1888.

In 2020, the New York art dealer Christopher Bishop came across the drawing listed by Marion Antique Auctions and realized that it could be the long-missing Lievens portrait. Eventually, Bishop would become the buyer at the Massachusetts auction.

“I knew it was a real drawing, and I had a very positive feeling,” he told The New York Times about seeing the image in person for the first time. “I was trying very hard not to telegraph to them how optimistic I was about it.”

The print has been verified as having the correct dimensions and featuring the artist’s monogram in the correct place. Additionally, a watermark on the paper identifies it as coming from a unique paper supplier that both Lievens and Rembrandt used in 1650s Amsterdam. And, when compared with a print made from the engraving, several other elements line up, helping to ensure authenticity.

Initially, one of Marion Antique Auctions’ co-owners chose the print from someone’s home because he thought it had some value. Clearly he was right.