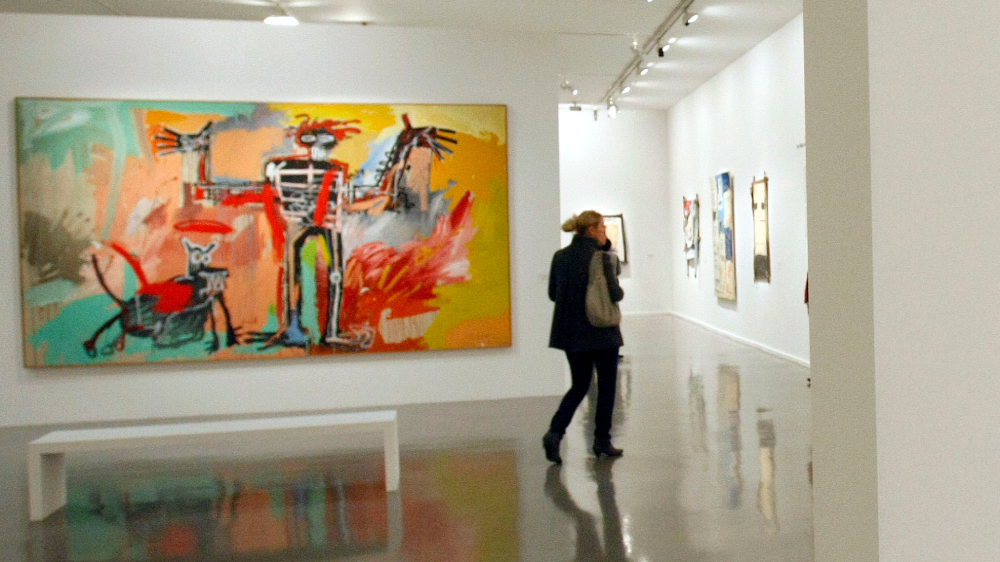 The coronavirus pandemic may have halted what would normally be a bustling art auction season, but one recent sale proves that––no matter the circumstances––Jean-Michel Basquiat’s work is among the hottest on the market.

The late American artist’s 1982 painting entitled Boy and Dog in a Johnnypump was sold to billionaire Ken Griffin, a hedge fund manager and CEO of the investment firm Citadel, for the staggering price of $100 million. The work was formerly one of the most prized in the collection of newsprint magnate Peter Brant, one of Basquiat’s major collectors. News of the purchase was first reported by art industry newsletter Baer Faxt, however, that publication did not release the name of the painting or how it learned of the sale.

“The vast majority of Ken’s art collection is on display at museums for the public to enjoy” Zia Ahmed, a Citadel spokesman, told Bloomberg. “He intends to share this piece as well.”

Generally speaking, the art market, along with most of the world, has been in lockdown since March with private transactions largely at or under the $5 million mark. This nine-figure sale represents a stark contrast with recent norms. But then again, it’s a purchase well within Griffin’s budget.

According to Bloomberg’s Billionaires Index, Griffin has an estimated net worth of $15.3 billion, much of which he funnels into avid art collecting; he’s acquired works by Jackson Pollock and Willem de Kooning for record figures. The Chicago-based magnate is so prolific on the art scene that he’s a member of the Whitney Museum of American Art’s governing body; its lobby is inscribed with his name, and there’s a wing named after him at the Museum of Modern Art.

Valuations for Basquiat’s work have skyrocketed since the artist’s death in 1988 at the age of 27. Just three years ago, one of his paintings sold at Sotheby’s for $110.5 million, setting a new auction record for a work by an American artist.