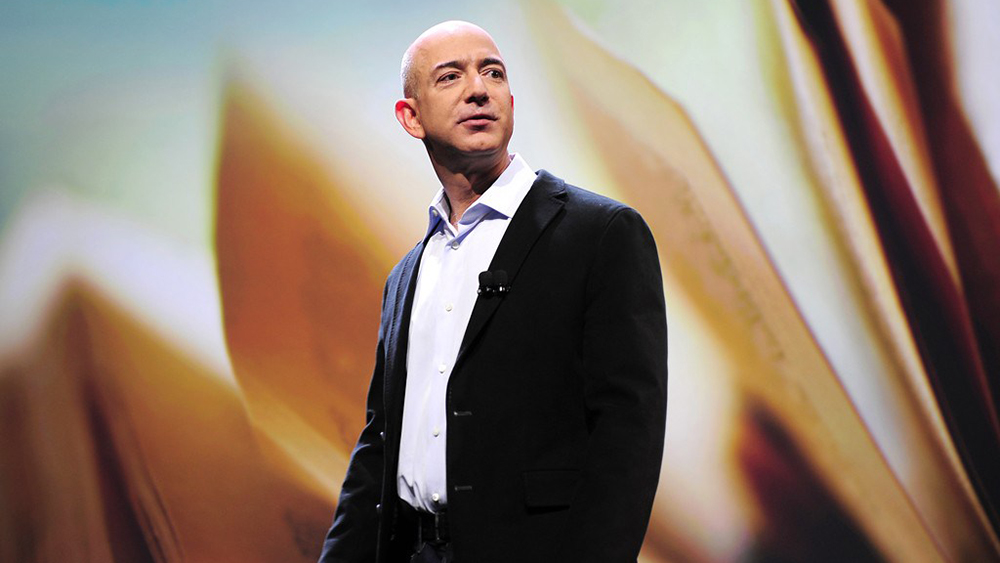 We may be in the midst of the worst economic crisis since the Great Depression, but the billions just keep rolling in for Jeff Bezos. As of Wednesday afternoon, the Amazon founder and CEO became the first person in the world to amass a $200 billion fortune.

The 56-year-old’s net worth was boosted by a cool $4.9 billion this afternoon as Amazon shares surged by 2 percent. It wasn’t the most the billionaire has made in a single day of trading—last July, he shattered records by jumping $13 billion in one 24-hour period—but it was enough for the magnate to reach a new milestone.

Bezos is now officially worth $204.6 billion, according to Forbes. This puts him nearly $90 billion ahead of the world’s second-richest person, Bill Gates, who’s currently sitting at $116.1 billion. On top of that, the $200 billion may be the largest fortune ever amassed. At the height of the dot-com bubble, Bill Gates’s net worth eclipsed $100 billion, which, even after adjusting for inflation, is roughly $158 billion in today’s dollars. Bezos has him beat.

Of course, his meteoric rise should come as no surprise. The pandemic has spurred dramatic growth in online shopping, and tech stock has skyrocketed in tandem. In fact, Amazon shares are up nearly 80 percent since the start of the year, and Bezos owns 57 million shares (roughly 12 percent of the company overall).

His fellow tech titans are enjoying similar success. Earlier this week, Mark Zuckerberg added $3.4 billion to his fortune in one day following substantial Facebook gains, making him a newly minted member of the centibillionaire club. Similarly, this month, Elon Musk scored $8 billion and change in a single day after Tesla stock surged.

In fact, according to new research by the Institute for Policy Studies, the top 12 US billionaires have seen their combined wealth soar by 40 percent—or $283 billion—since the coronavirus began spreading across the country in mid-March. Together, the dozen now own more than $1 trillion in combined wealth.

Speaking of trillions, Bezos is expected to become the inaugural member of the 13-figure club by 2026. Of course, at this rate, no one will be surprised if that happens sooner.