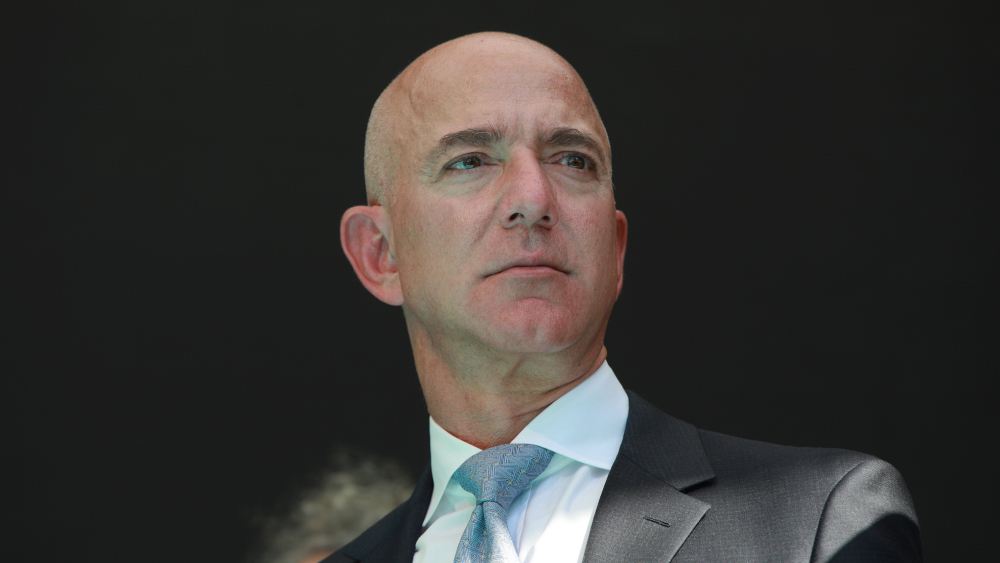 This year may have brought about the largest health crisis in generations, but if you’re Jeff Bezos, it also brought a windfall.

Though the International Monetary Fund has predicted the recession brought about by the Covid-19 lockdown could be the worst economic downturn since the Great Depression, Amazon founder Bezos has upped his considerable personal fortune by $23.6 billion. That’s a 5 percent increase in net worth. The staggering sum comes as many businesses are struggling to stay afloat (to say nothing of the many which have already gone under).

With people around the world in some form of self-isolation to ward off the novel coronavirus, Amazon has seen a surge in demand as consumers are forced to shop from home. The company has hired thousands of new workers to meet the need and has publicly stated it intends to hire 75,000 more. During this time, Amazon’s stock has likewise risen to new heights.

Jeff Bezos has made $24 billion during the pandemic (so far). 💰😶⁠ ⁠ While many businesses are suffering during the global Covid-19 crisis, Bezos is flourishing. In the midst of the backlash Amazon is facing due to its alleged treatment of employees, the founder's wallet remains obscenely healthy. As of last week, his net worth has reportedly increased by 5%, or better put, by a staggering $23.6 billion.⁠ ⁠ Over the last months, Amazon has seen a rise in demand as its customer base continues to self-isolate. To cope with the surge of orders, it has already hired thousands of new employees and aims to hire an additional 175,000. However, the increase in workforce has been met with controversy. Amazon has been repeatedly accused of failing to protect its staff from Covid-19 by not providing enough face masks, not implementing regular temperature checks as promised, and refusing paid sick leave.⁠ The company has even fired employees who’ve publicly criticized the company for its coronavirus response.⁠ ⁠ “We are calling out because Amazon is putting its revenue above our safety,” Jaylen Camp, an Amazon worker told The Guardian. “We are not essential to them – they just think of us as numbers and quotas. They are not protecting our health.” This failure is leading to huge warehouse strikes after over 130 Amazon warehouses in the US have contracted the virus, leading to more than 30 confirmed cases. #hsnews⁠ ⁠ 📷: Getty⁠ ⁠

This development hasn’t come without some controversy.

Serious concerns about working conditions at Amazon—and whether warehouse workers were given proper protective equipment—have arisen in recent weeks.  Several groups of Amazon employees located around the US have protested by engaging in walkouts. “We are calling out because Amazon is putting its revenue above our safety,” Jaylen Camp, an Amazon worker told the Guardian. “We are not essential to them––they just think of us as numbers and quotas. They are not protecting our health.”

The negative press coverage and dissent from vocal unions prompted Bezos to make a surprise visit to an Amazon fulfillment center and a Whole Foods store. He was captured in numerous videos and photographs interacting with employees––from a distance––and thanking them for their work. It marked a reversal of sorts for the CEO, who initially shied away from public engagement during the media storm.

As Amazon stock continues to surge, Bezos and the e-commerce giant can expect to see even more scrutiny. Last weekend, Buzzfeed reported that the National Labor Relations Board is reviewing claims that the company retaliated against workers who spoke out about Covid-19-related concerns.