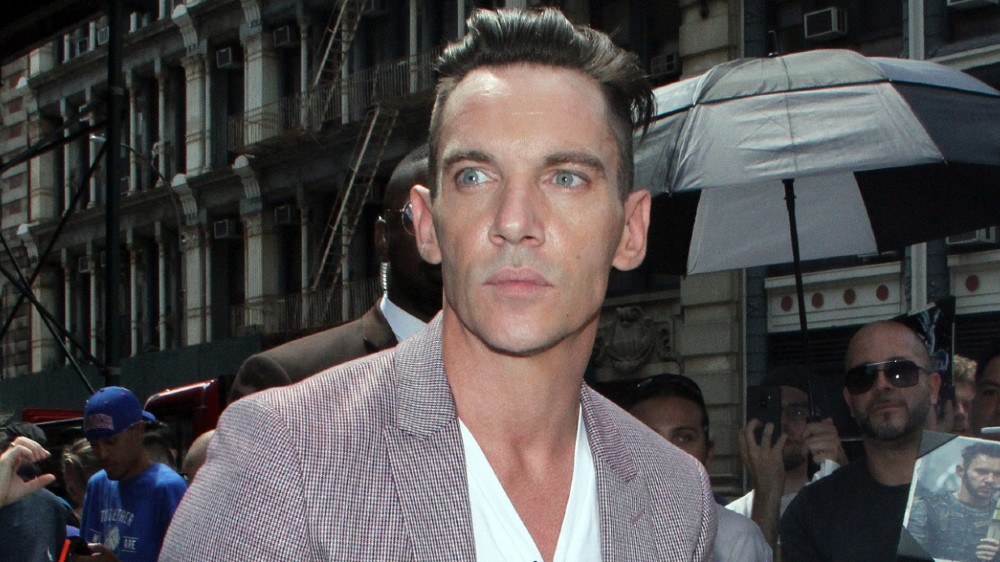 What do a Coca-Cola bottling heir, actor Jonathan Rhys Meyers and more than 5,000 cannabis plants have in common? They were all aboard a private jet that was recently grounded in St. Kitts.

On Saturday, the Tudor‘s star, along his wife, Mara Lane, and mother-in-law, landed on the island with his pal, Greek heir Alki David, and David’s business partner, fellow billionaire Chase Ergen, according to the Daily Mail. Also along for the ride? Thousands of cannabis plants, hemp seeds and a load of C.B.D. products worth a combined $1.3 million.

Upon landing, the group was pulled aside by customs agents and held for eight hours, during which time Meyer’s wife and mother-in-law were allegedly cavity searched. While the travel party was eventually allowed to leave, their woes were far from over. On Monday, as he was attempting to leave the island, David was arrested for a slew of drug-related charges, including possession with intent to supply, according to the British tabloid. Ergen was also arrested for drug possession, though he claims the medical ketamine he had on his person is used to treat bi-polar disorder.

St. Kitts happens to be one of the world’s most untouchable tax havens. But David, who owns the medicinal cannabis company Swissx, claims the purpose of his visit was solely to “develop legal cannabis businesses in the region.”

In a press release obtained by Vanity Fair, the cannabis company stated, “Our intention is to work with the government, the courts, the banks, the business sector, and the farmers to develop a fair system that creates thousands of jobs on the island and uses Swissx’s international distribution network to make St. Kitts-Nevis cannabis products among the most sought after in the world.” The release, which includes the hashtag #FreeAlkiDavid, also states that he and Ergen intend to sue Saint Kitts-Nevis Prime Minister Timothy Harris and his government later this week.

On Tuesday, the Coca-Cola heir was freed after posting $300,000 bail following a court appearance. He quickly left the country aboard his private jet, his “delicious goodies” in hand, a process he gleefully shared with his 132,000 Instagram followers.