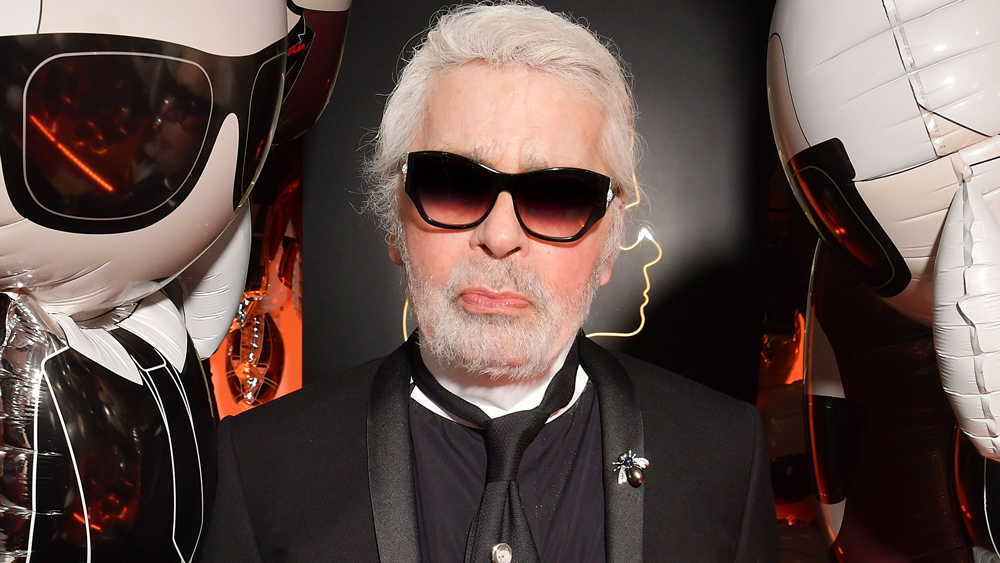 Karl Lagerfeld was a figure larger than life in both the fashion world and beyond. The designer of Chanel, Fendi, and his own eponymous label passed away today at the age of 85—and while his designs forever impacted fashion, his biting humor and quirky persona solidified him as one of the industry’s greatest wits. From his his famous rivalry with Yves Saint Laurent and his unbridled aversion to looking at the past to his  politically incorrect opinions, we remember the legendary designer turned pop culture icon through some of his most memorable quips.

On longevity:
“A sense of humor and a little lack of respect: that’s what you need to make a legend survive.”

On his youth:
“When I was really very, very young, I was very lazy and I was so tacky: I used to like convertible cars, beaches and sunbathing, body-building and nightclubs.”

“As a child, a very young person, I had the feeling: ‘It doesn’t matter what you do—you’re compelling!’ I thought I was sacrosanct—wasted on dismal postwar Germany. It was quite frightening really. When I compare myself now, I think I was quite modest and shy.”

“When I was four I asked my mother for a valet for my birthday.”

On his mother’s words of style wisdom:
“I love hats, in a way, but when I was a child, I’d wear Tyrolean hats, and my mother—I was something like eight—said to me: ‘You shouldn’t wear hats. You look like an old dyke.’ Do you say such things to children? She was quite funny, no?”

On designing for many labels:
“I was never head hunted, because my head was never free. I have no exclusivity with nobody—not Chanel, nobody.”

On marketing:
“Marketing is a word I never use, because I don’t even know what that means. Let’s forget about it. I don’t have to do that.”

On himself:
“I am very much down to Earth. Just not this earth.”

On his public persona:
“I am like a caricature of myself, and I like that. It is like a mask. And for me the Carnival of Venice lasts all year long.”

On money:
“If you throw money out of the window throw it out with joy. Don’t say: ‘one shouldn’t do that’—that is bourgeois.”

On fashion’s role:
“What it is, good or bad, it influences fashion. You can see that in fashion quicker than in any other thing going on. Fashion is something that reflects our lives and times with the shortest release because, cars, design and architecture take years to realize.”

On his famous rivalry with Yves Saint Laurent:
“Yves doesn’t see many people these days…he only speaks about his health, it is extremely dull all that. But he is someone that I like a lot. Really. Who has sides to him that are touching. But I like what he does less. As soon as he starts talking in public, I don’t like what he says; I find him extremely conventional…it is the apotheosis of the commonplace. That particular Yves I don’t like because I know another one. He is one of the funniest people alive, with an incredible sense of humor, who can do unbelievable impressions…who loved to use swear words and loved anything scatological…who was really very funny. It is an absurd idea when he says that he didn’t have a youth. I knew him myself when he had one, but he only had one desire at the time…to be rich and famous.”

“He is very middle-of-the-road French…He is very pied-noir, very provincial.”

“I detest revivals, I only like the present moment and the future, today and tomorrow. The best way of surviving in the present is forgetting the past, to permanently recreate one’s paradise. If you start referencing your own past, you are heading for trouble. Moreover, they [Proust and Saint Laurent] were both heading for trouble…Saint Laurent professes to have invented the modern woman, but has he ever really read Proust?”

On work:
“Work is making a living out of being bored.”

On retirement:
“Why should I stop working? If I do, I’ll die and it’ll be all finished.”

On memoirs:
“I have nothing to say. I’m actually trying to make sure that I won’t be remembered.”

On his working practices:
“I am a sort of vampire, taking the blood of other people.”

On his collaboration with H&M:
“Chic is a kind of mayonnaise, either it tastes, or it doesn’t.”

On interview etiquette:
“I had an interview once with some German journalist—some horrible ugly woman. It was in the early days after the communists—maybe a week after—and she wore a yellow sweater that was kind of see-through. She had huge tits and a huge black bra, and she said to me: ‘It’s impolite; remove your glasses.’ I said: ‘Do I ask you to remove your bra?'”

On fame:
“You cannot fight against it. There’s a price you have to pay for fame, and people who don’t want to pay that price can get in trouble. I accepted the idea of celebrity because of a French expression: ‘You cannot have the butter and the money for the butter.'”

On designers who complain:
“Please don’t say I work hard. Nobody is forced to do this job and if they don’t like it, they should do another one. If it’s too much, do something else. But don’t start doing it and then say, ‘Aaaah, it’s too much’. Because a lot of people depend on it. What we do at Chanel, thousands of people work on these things; these things are sold in hundreds and hundreds of shops all over the world. People like the big machine, and the money the big machine involves, but the effort… Then, suddenly, they become artists. They are too weak. Too fragile. Non. We have to be tough. We cannot talk about our suffering. People buy dresses to be happy, not to hear about somebody who suffered over a piece of taffeta. Me, I like to make an effort. I like nothing better than concrete reality. I’m a very down-to-earth person, but it is my job to make that earth more pleasant.”

On fur:
“It is farmers who are nice to the cows and the pigs and then kill them. It’s even more hypocritical than hunters. At least the hunters don’t flatter the animals. I don’t like that people butcher animals, but I don’t like them to butcher humans either, which is apparently very popular in the world.”

On athleisure:
“Sweatpants are a sign of defeat. You lost control of your life so you bought some sweatpants.”

On tattoos:
“I think tattoos are horrible. It’s like living in a Pucci dress full-time. If you’re young and tight, maybe it’s OK, but…”

On his relationship with fashion and life:
“I have always been a horrible puritan Calvinist. But that is not as a result of my education, it is my profound nature. At the end of the day I have allowed myself very little and that is the reason I am still here today. There are people who are made to survive and I fear I am a part of that group; I am not particularly amusing with myself. I am an auto-fascist!”

On his endless collections:
“I am never totally pleased. I’m a kind of fashion nymphomaniac who never gets an orgasm. I’m always expecting something from the next time.”

On his past:
“I bleach my past. Thank god there isn’t anyone left to remember that anymore! And I’ve forgotten it all myself.”