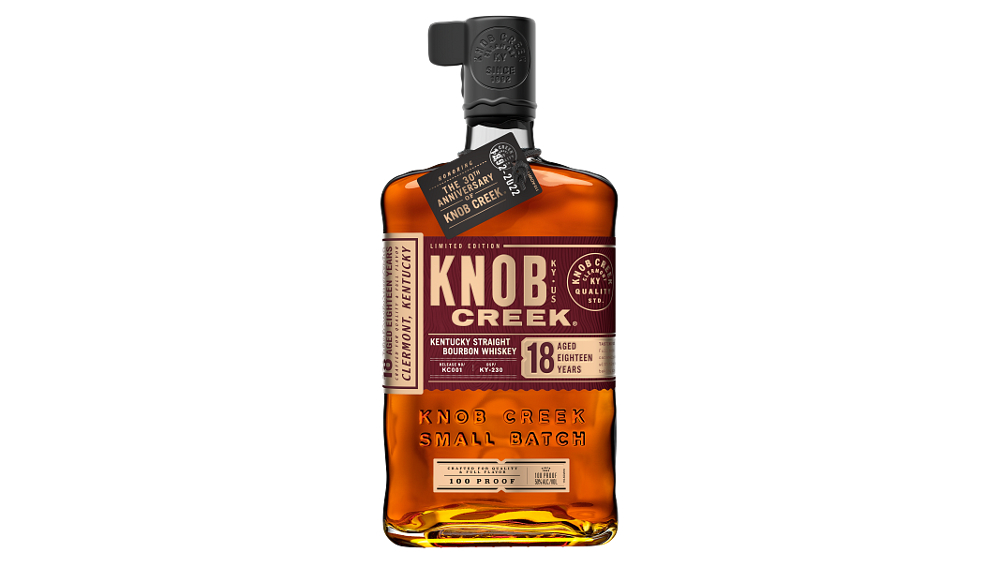 Turning 18 is a major milestone for many people, the moment when the worlds of voting, buying lottery tickets and potentially being called for jury duty open up to expand your horizons. In the bourbon world, however, 18 is almost ancient, and sometimes whiskey of that age is officially over the hill. Knob Creek is betting that is not the case with this new limited-edition bottle, the oldest to join the lineup so far.

The new Knob Creek 18 Year Old comes at a special moment for the brand, marking the 30th anniversary of the creation of the Jim Beam Small Batch Collection. In 1992, sixth generation master distiller Booker Noe launched Knob Creek along with Baker’s and Basil Hayden to join his flagship creation, Booker’s. At the time, bourbon had really fallen out of favor, so this was a risky move but one that ultimately paid off. Knob Creek, in particular, is an affordable and reliable bourbon brand, which got its nine-year-old age statement back in 2020 after a few years’ absence. Twelve- and 15-year-old limited edition bottles have been released annually over the past few years, and now we have this 18-year-old bottled at 100 proof.

“As we celebrate 30 years of Knob Creek, it’s clear to me that Dad was ahead of his time in creating innovative expressions with big, bold flavors that defined pre-prohibition whiskey,” said Fred Noe, Booker Noe’s son and seventh generation master distiller, in a press release. “This new 18 Year Old liquid is a nod to his vision and commitment to quality and craftsmanship, and I know this is a whiskey he’d be proud to serve. I’m honored to further his legacy with Knob Creek’s oldest and boldest expression yet.”

Tasting notes describe the nose as having brown sugar and aged oak aromas, followed by caramelized oak and sweet vanilla on the palate, and a spicy and floral finish. The bourbon is starting to arrive at online and brick and mortar retailers this month, but don’t be surprised if you find it being sold for more than its SRP of $169.99.