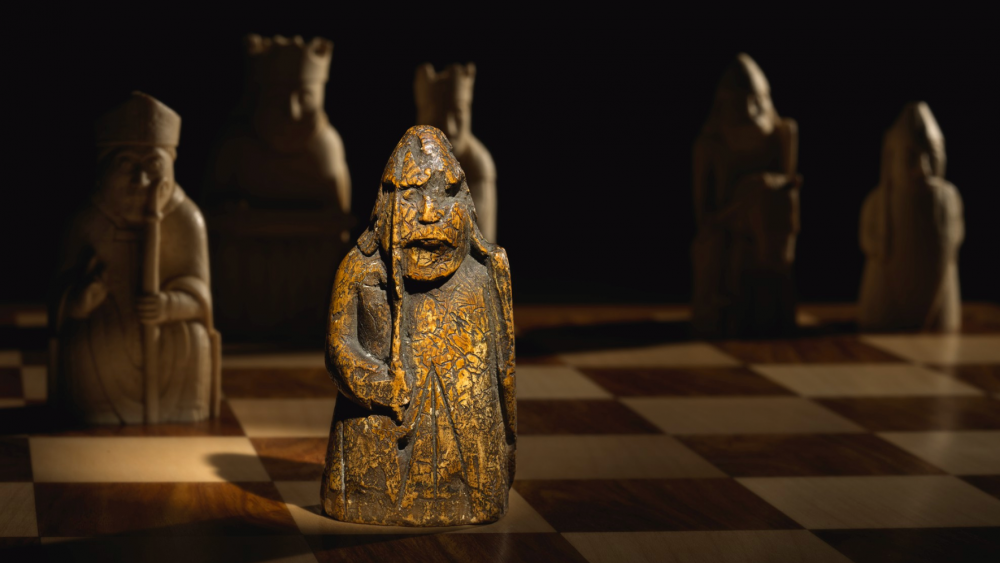 A Scottish family just struck gold, after a chess piece originally purchased for around six dollars sold at auction for £735,000 (approximately $923,000 at current exchange). The hefty price tag is courtesy of the chessman’s rediscovered status as one of only five missing pieces of the medieval Lewis chess set. Beloved the world over and featured in everything from Harry Potter to Noggin the Nog, the set is considered a priceless artifact. But the family, which bought the piece in 1964, knew their chessman only as a beloved heirloom until relatively recently.

While $923,000 is a life-changing sum for the family, it’s final price remains just shy of the original $1.2 million mark that some were expecting for the piece. Still, it set a record for a medieval chess piece at auction regardless. (Although that’s bound to be a pretty lean category to begin with.)

“It’s one of the most exciting and personal rediscoveries to have been made during my career,” Alexander Kader, the Sotheby’s expert who originally examined the piece for the family, told the BBC. “It’s been amazing having him on view at Sotheby’s over the last week. He’s been a huge hit—a real presence.”

The piece, a warder—equivalent to a modern-day rook—sold to an anonymous bidder at Sotheby’s London. Where the chessman will end up following its purchase is unclear, but we’re willing to bet it won’t find itself at the bottom of a family junk drawer anytime soon.

If you missed out on the sale and the chessman’s brief viewing period, there are currently eighty-two Lewis pieces currently on display in the British Museum. Another 11 are at the National Museum of Scotland.

Keep in mind, however, that four Lewis chessmen remain MIA. So it might serve you just as well to pick through a few antique shops and see what can be unearthed. You never know what you’ll find these days—it might just turn a $900,000 profit.