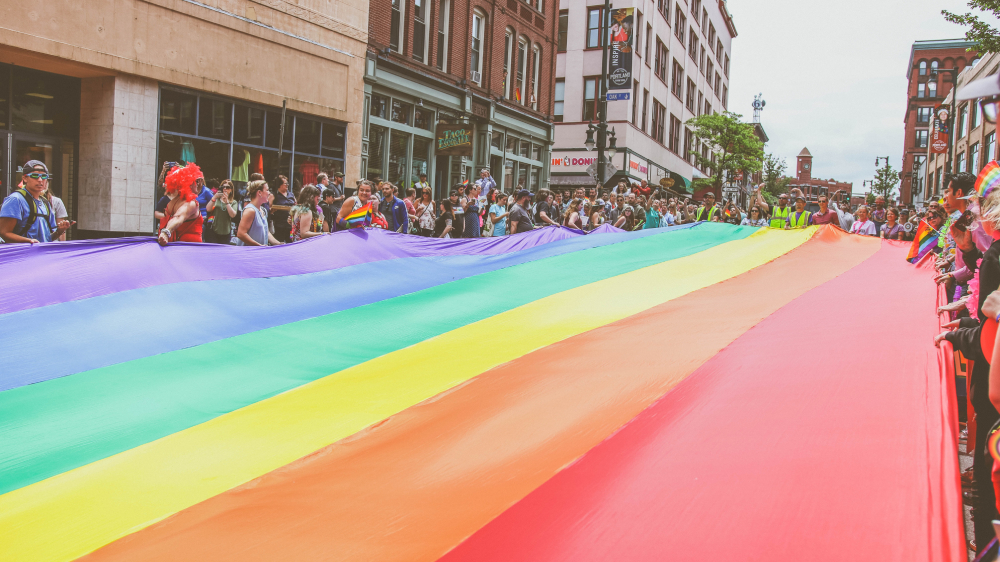 While Pride Month is a time of celebration, it’s important to remember that it is also a time of action. The first Pride parade was in commemoration of the Stonewall Riots, after all. This year’s official theme is “The Fight Continues” and serves as a salient reminder that the fight for equality and inclusion is ongoing. To show support for the LGBTQ+ community and effect meaningful change requires more than just waving a rainbow flag. Here, we’ve curated a list of organizations to donate to which provide everything from food to education to housing to counseling and more.

This organization focuses on providing crisis intervention and suicide prevention for LGBTQ youth ages 25 and under.

SAGE is the nation’s largest organization dedicated to improving the quality of life for LGBTQ elders.

Founded by a group of teachers in 1990, this group works to create safe and inclusive K-12 education environments for LGBTQ youth.

Perhaps America’s most prominent legal civil rights organization, the ACLU has aided in some of the most important court cases to advance LGBTQ+ protections.

Founded as a protest against defamatory coverage, this organization fights for fair and equal representation of LGBTQ+ people in the media.

StartOut aims to empower members of the LGBTQ+ community by helping budding entrepreneurs to start new companies and grow their businesses.

This New York City-based non-profit works to create a violence-free world for LGBTQ+ and HIV-affected individuals both nationally and globally.

This organization pays the bail of LGBTQ+ individuals in US jails and immigration facilities. It also tackles the problem of mass incarceration within the community and works to mobilize the public and policymakers on this issue.

Named after one of Gay Liberation’s founding figures, SRLP concentrates its efforts on providing legal aid for low-income individuals and people of color who are transgender, intersex or gender non-conforming.

This foundation promotes health, wellness and social justice for communities most severely impacted by HIV/AIDS through services and community partnerships.

Beyond the important task of monitoring hate groups, the SPLC has played a critical role in fighting for LGBTQ+ rights through efforts like its initiative to ban conversion therapy.

This organization is among the nation’s leading social justice groups for transgender people by constantly advocating and waging important legal battles.

Grounded in legal expertise, it is the largest trans-led organization committed to racial justice and community-driven strategies.

For over 25 years, this group has advocated for immigrants and families facing discrimination based on their sexual orientation, gender identity or HIV status.