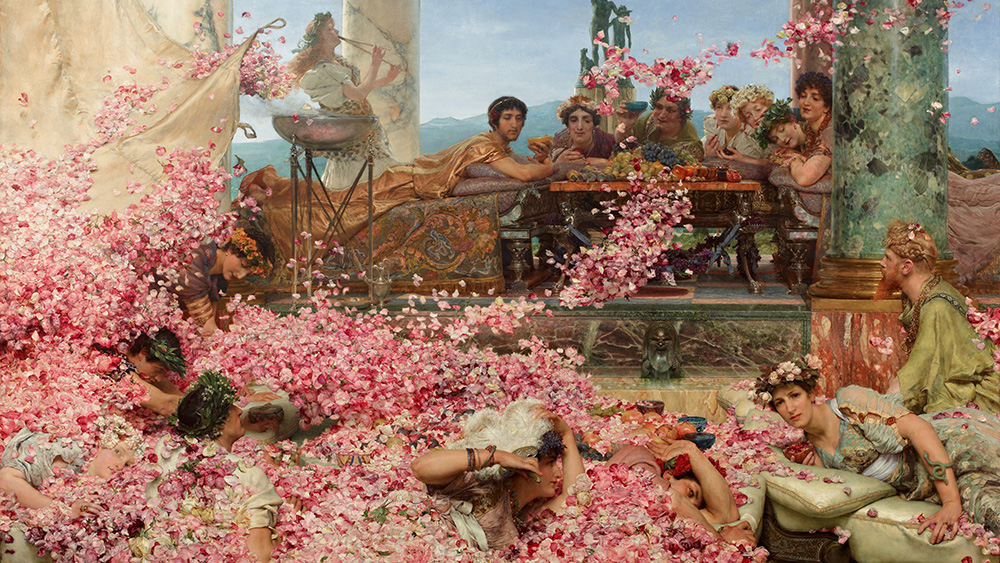 What is it with us gays and our designer everything? Why are we so infatuated with Louis Vuitton Bandoulières and Hermès Vide-Poches? Why do some of us see fit to blow the rent money on a Gucci or a Pucci or a Goyard? Why are we so luxury-obsessed?

In looking to answer this question I will begin with a snapshot of my own rags-to-bitches history: I grew up in the threadbare post-war austerity of 1950s England, watching my parents stuff cardboard inside their worn shoes in our two-roomed garret. Dismal was the mot-du-jour. Adding to the misery was the realization that I was one of them. A poof. At that time, the gay experience could be bleak. Expectations were dire. “They get blackmailed and beaten up,” said my dad as he earnestly attempted to redirect my life. “Many end up in insane asylums or prisons. Some kill themselves.” The terrible truth is that Pops was absolutely correct. He was accurately describing the lives of many gays of yore. We were truly marginalized.

Coco Chanel once said, “My life did not please me, so I created my life.” This perfectly expresses the situation faced by my generation. We used luxury and style as a bulwark against a hostile society. We used it to create our lives. Style was our motley, our passport to reinvention, greater inclusion and all around fabulosity.

So I began frantically scanning the horizon for glamour. And I quickly discovered that, with the right outfit, you could grab the spotlight and yank it in your direction. You could reinvent, transform and self-dramatize. If clothing is nonverbal communication, then luxury says, “I am somebody.”

Having become an avid consumer of La Mode, I, like so many gays before and since, vowed to go one step further: I decided to penetrate this mysterious world and to carve out a professional niche for myself. A career in the luxe monde was clearly a great way to achieve financial security. So many of the great impresario designers—Valentino, Jean Paul Gaultier, Patrick Kelly, YSL, Armani, Dior, Willi Smith, Galliano, Mugler, Balenciaga, Versace—are or were queer. And for a working-class gay such as myself, a job in retail has always provided direct access to the world of style and luxe—and a discount card!

The author in a window at Barneys with Donatella Versace (not gay), in 2008  Fairchild Archive/Penske Media/S

My proud half-century in the industry (before becoming a writer, I was, for a decade or two, the most famous window-dresser in the world!) recently came to a halt when my beloved Barneys sank and shuttered. I miss the touch and feel of new products, and I miss the gorgeously diverse and outrageous stream of colleagues. We spent eons together, sharing our love of design and creativity with each other and with our luxury-obsessed customers.

It was ever thus: There’s evidence of queer people’s allegiance to luxury throughout history, though not always in a nice way. Roman emperors Caligula and Nero both married treasury-busting extravagance with rampant pan-sexual perversity and sadism. Nero (AD 58-64) is remembered for burning live captives to provide ambient light for his orgies. Caligula (AD 37-41) notably dragged up as Venus and built himself a massive floating marble-clad palace, complete with plumbing. And then there was Heliogabalus (AD 218-222), who some historians cite as one of the world’s first highly visible transgender people and was so luxury-obsessed that she reportedly suffocated ex-lovers with tons of rose petals.

This relationship reached a screeching point during the reign of the Sun King, Louis XIV. Louis loved Baroque fripperies and luxuries, but compared to his OTT gay brother, Philippe, Duke of Orléans, he was a stripped-down hair-shirt minimalist. Philippe, the art director of Versailles, designed and maintained a whirligig of luxurious distractions, thereby keeping French aristos under the king’s thumb. And even when he rode into battle, Philippe was invariably slathered in bijoux, plumes and maquillage.

This tradition continued through the Industrial Revolution and beyond. The 19th century fairly shimmered with gay shopaholics, and luxury became a religion promoted by the likes of Oscar Wilde, who declared, “Aesthetics are higher than ethics.” Wilde’s ultimate creation was the decadently sinister, sexually ambiguous Dorian Gray, an exquisite whose life was defined by “wanton luxury and gorgeous splendor.”

As the 20th century unfurled, the gays, desperate to get a slice of action, migrated to the big cities, seeking out the new enclaves of style. From Park Avenue to the Riviera to Palm Beach, the moneyed elites vied to out-luxe one another. Their goal was to maintain their status in an increasingly status-conscious society. And where were the gays? We embedded ourselves via every orifice, designing clothes, decorating houses, coiffing coiffures and selling, styling and szhooshing.

Throughout the 20th century the straights, at a glacial pace, emulated our panache, culminating in the arrival of the metrosexual. Now in the early 21st century, straight dudes are just as luxury-obsessed, if not more so. If you don’t believe me, recall the last time you saw an NBA or Premier League team arriving for a game festooned with logoed washbags and wheelies. It’s taken hold among non-sportsmen, too. And whether they know it or not, they are all following our yellow brick road.

At the time of writing, the Supreme Court made a historic ruling to give worker protections to the citizens of the LGBTQ+ rainbow. Given that we, with our marriage rights and our other protections, are less and less marginalized, will we lose that fascination with luxury? Will we still feel compelled to cough up our dough on Versace robes and Off-White sneakers?

Doonan, left, and his husband, Jonathan Adler, at the Fashion Group International’s Night of Stars Gala in October 2019  Clint Spaulding/WWD/Shutterstock

My gut, which is located just under my Prada fanny-pack, is telling me we’ll always have a visceral appreciation for luxury, and, more specifically, for design. We get off on its status-confirming aspect but, by equal measure, we also appreciate the aesthetics, the visual codes and nuances. That understanding may explain why so many LGBTQ+ people are known for their idiosyncratic creativity. Is it in our genetics? Possibly. To quote my husband, Jonathan Adler, “Every gay remembers his first encounter with a Rigaud candle and his first Pratesi euro sham.”

I say keep that up. Keep your Gucci slides planted in the world of luxury. Keep designing and creating and imagining and shopping. The result is more than just adorning your fabulous selves and helping designers become famous: You are supporting not only retail but also the crafty artisans of the world.  The skilled pattern-cutters, the watchmakers, the shoemakers of the world—the great traditions of weaving, printing, tanning and tailoring that go back to the Renaissance—rely on your glorious gay patronage. So feed the economy. Open your handbags and manbags and shop!

Simon Doonan is the author of many books, including How To Be Yourself, to be published this coming fall by Phaidon. He won the prestigious CFDA award for his work as creative director for Barneys New York. He is currently a judge on the Emmy-nominated NBC series Making It. Simon lives in New York City with his husband, the ceramicist and designer Jonathan Adler, and their rescue-mutt, Foxylady.