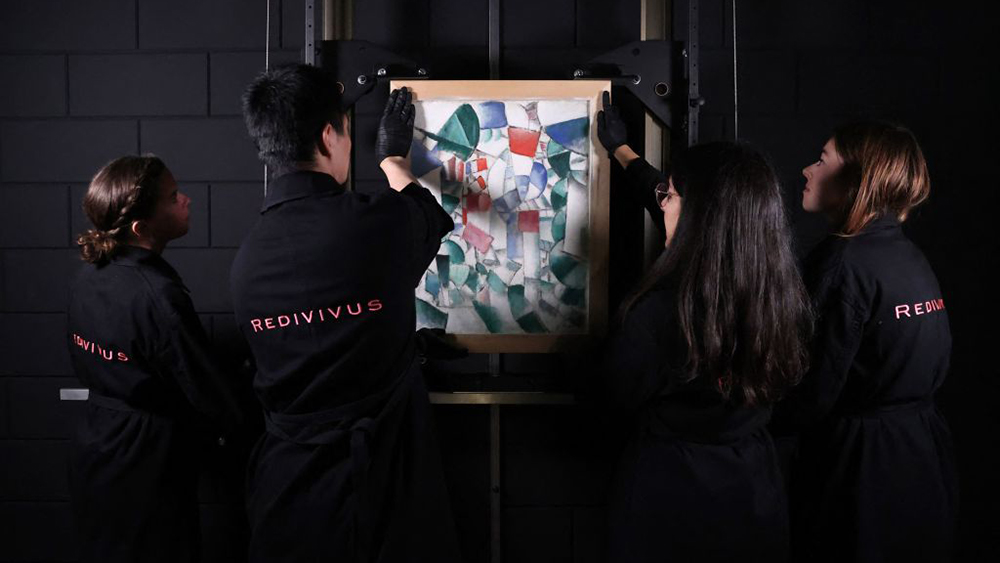 A lost Fernand Léger painting has reappeared after more than a century of being hidden behind another canvas.

The work, an unnamed piece from the “Smoke over the Rooftops” series (1911–12), was discovered on the flip side of Léger’s Bastille Day, painted later that year, per the Agence France-Presse. The finding was announced by the Hague-based Studio Redivivus, which also conducted the picture’s restoration.

Experts in the Hague believe the newly found workbelongs to a formative series in which Léger painted the view from his studio of the Paris skyline towards Notre-Dame, laboring over the smoking chimneys. Only seven works from the series were previously known to exist.

Around 110 years ago, Bastille Day was gifted by Léger to his friend Marc Duchene on his wedding day. Duchene died in World War I and the family, bereft with his loss, found it too painful to display the painting. It remained hidden in their private collection, unknown to art historians, until 1999, when Duchene’s heirs sold it to Dutch Triton Collection Foundation.

Founded by shipping magnate Willem Cordia, the foundation has a collection rich in modern art. It includes works Monet, Picasso, and van Gogh.

Bastille Day, which has been exhibited extensively, is still owned by the foundation. Now, the piece on its reverse is, too.

It was obvious there had been restoration work done on the back of the canvas, but conservators believed whatever had been painted there was damaged beyond salvation. In 2016, the owners asked Gwendolyn Boeve-Jones, director of the Hague-based Studio Redivivus, who had previously expressed interest in unraveling the painting’s enigma, to take a closer look anyway.

She carefully removed the thick, gluey backboard. Advanced imaging techniques revealed distinct forms of billowing smoke, a spiky skyline, and the chimney. Most striking were its stylistic bridges to the later works in the series—the hidden work had hints of the colorful, abstract elements that overtook Léger’s heavier atmosphere.

“It’s not just that the painting was covered up, that’s interesting to a degree—but what we’ve found is the role that this must have played in his journey,” Boeve-Jones said.