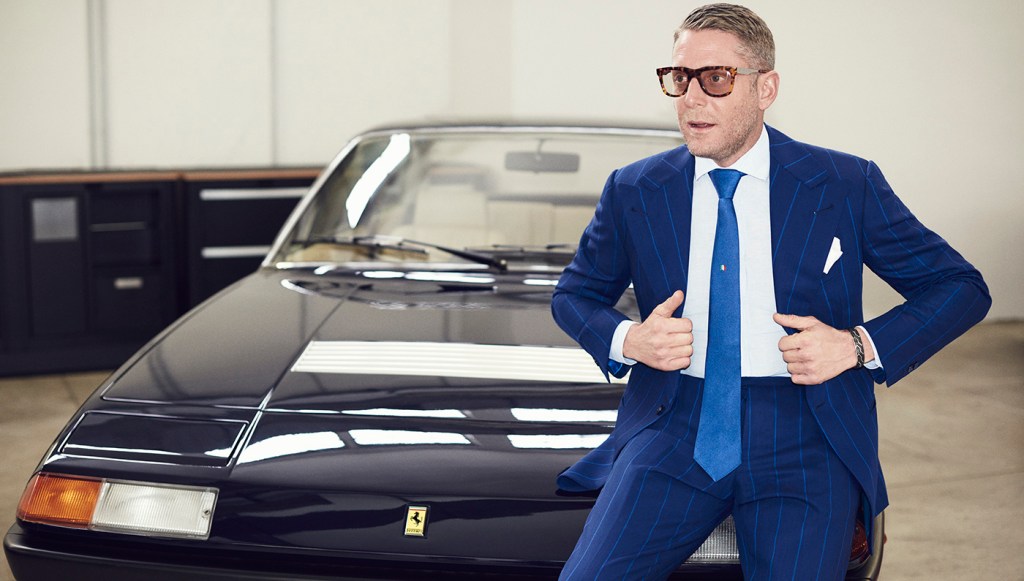 On April 21, Robb Report launched a partner publication and website in the United Kingdom. Robb Report UK embodies the essence of the flagship U.S. edition of the 40-year-old luxury lifestyle magazine, but its British readership has distinctive priorities and tastes. The morning that the debut issue of Robb Report UK hit newsstands, its editor in chief James Collard sat down with Brett Anderson, editor in chief of the U.S. edition and the company’s senior vice president of editorial, to discuss the new title and how the definitions of luxury and connoisseurship differ across the pond.

What does Robb Report mean to UK readers?

James Collard: It’s an interesting brand in terms of its recognition here. I’ve worked in the luxury side of journalism for 10 years, and during that time I’ve become very familiar with Robb Report. I was at a watch-industry dinner several years ago and sat next to the editor of Robb Report Russia, and he was clearly the most important person in the room. I realized then that the title has a global impact. People immediately understand the power of it and what it delivers.

Brett Anderson: As far back as 15 years ago, when I became the editor in chief and would travel to other countries, I didn’t really have to explain what Robb Report was. Even if it wasn’t available in those countries, it’s always been on the radar of people who are part of the demographic that the magazine targets. As the international editions have emerged, obviously it’s created a greater presence. But the brand has adapted itself to the cultures in which it’s emerged. The magazines are slightly different in those different markets, which has helped to grow the brand’s presence internationally and to make it even more intriguing and interesting.

What does Robb Report bring to the already well-established world of UK luxury?

JC: There’s nothing quite like Robb Report here. There are very good specialist titles that clearly do their job brilliantly, and there are also interesting general luxury titles, but we don’t have something that’s authoritative across all luxury sectors in the way that Robb Report is. I think what I really like about the brand is that you can be completely unapologetic about a very high level of luxury. It’s a very clear mission, which is to explain, to discover, to define, and to analyze that very top level of luxury. It’s actually quite liberating to be able to do that. Whether it’s a supercar or a great hotel suite, it’s about working out why that particular product is so amazing. And whether it’s technological excellence or craftsmanship, there are obviously fascinating people involved. I think it’s fun to meet those people as a reader.

BA: The brand has always focused on the people behind the things that we cover, which has been one of the unique aspects of Robb Report. A lot of luxury magazines are just catalogs of things. We always dig in deeper, finding out the why and the what and present that to our readers, because our readers want to understand the details. They don’t want to be told, “This is better than that,” and have it stop there. They want to understand why.

Who is the Robb Report reader?

BA: They’re connoisseurs, as we like to say. They’re looking for insights that enable them to make decisions for themselves. They’re not necessarily people who want to have the same thing that everybody else has. They’re not driven by trends; they’re much more independent. They want to express their own individuality. They’re looking to the magazine for the types of knowledge that enable them to make those decisions in an informed way. They’re explorers. They’re always looking for something different. They’re always trying to understand the difference between things. Ultimately, once they have that understanding, they’re going to make their own decisions about what they want to buy, where they want to go. They’re definitely thought leaders and influencers in their own social circles.

JC: In a way, most of us who are passionate about luxury or an element of luxury or something that’s made well, we become luxury geeks in the best possible way. It’s our job to serve that sometimes very geeky knowledge—why this vineyard is better than the one on the other side of the valley, for example.

In terms of the difference between the U.S. and the UK reader, there is a lot that unites them—and maybe some key differences. I think an American car lover is probably no different from a British car lover. But when it comes to style, you’re more likely to see an English dandy than an American dandy. In travel, I will say that, if you live in a crowded old little island full of people, as the UK is, wilderness is what you don’t have, so it’s what you crave; whereas America has extraordinary wilderness, so it’s less exotic. So the travel story in our launch issue that is basically about finding luxury in very remote places might not appeal so much to an American audience.

How do you address the balance between timelessness and timeliness?

BA: The brand has to stay rooted in the basic principles of quality. If we’re talking about a product and the beauty of design, there are certain classic, aesthetic principles that apply and have applied throughout time. The golden rule of the Renaissance—it’s about balance, it’s about the tension between extravagance and restraint in design. Those are the touchstones for our editors’ decision-making, but we’re also looking for companies that incorporate those elements in innovative ways. If you look at a brand like Cartier, they do it amazingly well. They take so much of their classic designs and they’re always reinterpreting them, always renewing them for each generation. We’re looking at the ways in which brands strike that balance between maintaining classic principles of style and, at the same time, making them fresh, making them new, making them exciting.

For our audience, that provenance, that connection to timelessness is an important part of the appeal. They’re not looking to acquire things that are here today, gone tomorrow. They’re looking for something that, 20 years from now, 100 years from now, will still have a beautiful design and still be relevant. I think that’s one of the most basic principles of connoisseurship.

JC: I agree, but I think that British luxury can very often be retro—which can be very beguiling, but we don’t want to get stuck in that. It’s important to balance that with contemporary British luxury, which is why we shot the cover story in the McLaren factory in Woking [Surrey, England]. It’s very British and very state of the art. In this issue, we also have the Rolls-Royce Dawn as part of our Cars of the Year 2016 feature. It’s absolutely a classic Rolls-Royce but also a beautiful contemporary car.

What are your favorite elements of the Robb Report UK launch issue?

JC: I really enjoyed Brett’s lovely piece about Spanish wine from Ribera del Duero, which I infinitely prefer to the more famous Spanish red. I was very pleased to have Lapo Elkann as the big profile in the issue that we’re calling Masters of Luxury. He’s just such a lively and entertaining character. We started a new section called How It Works, which is very much about the idea of, as Brett was saying, giving readers insight into why a particular watch or a particular boat is better than the one next to it, in terms of how it’s made or the technology behind it.

BA: Overall, I think the design of the magazine achieves timeliness with a timeless sense. What the editors and the art directors have done with the magazine makes it a fun read; it’s very lively, it’s beautifully paced. I think it’s an exciting achievement for the entire team. (robbreport.co.uk)