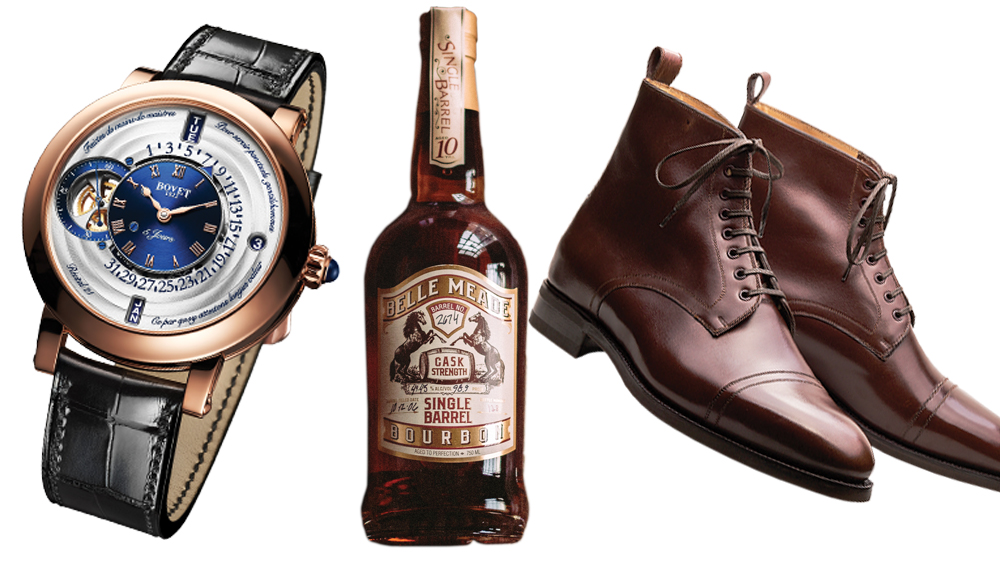 Car marques aren’t the only classic companies to have been revived by true believers. Here are three other luxury businesses that were resurrected.

“It’s an extended family of 102 children,” Pascal Raffy says proudly when talking about Bovet, the watchmaking company he purchased in 2001. The former pharmaceutical executive was already a passionate watch collector when he decided to make his hobby his business. Founded in England by Swiss watchmaker Edouard Bovet in 1822 and known for supplying fine, handcrafted, Swiss-made pocket watches to Asia, the brand had mostly fallen off the map. When Raffy bought Bovet, it was producing just 140 watches a year. While the company still makes a limited number of watches (3,000 annually), Raffy has single-handedly revived Bovet as one of Switzerland’s most respected watchmakers—its Récital 22 Grand Récital timepiece won watchmaking’s top honor at last year’s Grand Prix d’Horlogerie de Genève. “When I became the sole owner of Bovet, I said to myself as a very selfish collector, ‘I would like to offer to my collectors what I would want to have on my wrist,’ ” Raffy says.

Tommaso Melani initially connected with the late Italian shoemaker Stefano Bemer when he was trying to strike up a business deal for his family’s four-generation-old leathermaking business, Scuola del Cuoio. But after Bemer fell ill, Melani eventually took over the business
in 2012. At the time, the company was quietly making 300 bespoke shoes a year for the well-heeled cognoscenti. (Daniel Day-Lewis, enthralled with Bemer’s artistry, trained in the workshop.) But Melani wanted to make the footwear more accessible, so he opened the company up to made-to-order and ready-to-wear offerings. With 3,000 pairs produced annually, it’s still an exclusive business, but there are now 24 craftsmen handmaking the shoes in an old chapel outside of Florence for a wider range of niche clientele.

In the late 1800s, an ambitious entrepreneur named Charles Nelson distilled some 30 different whiskeys at his Green Brier Distillery, a favorite being a label he dubbed Belle Meade. Unfortunately for Nelson, his home state of Tennessee adopted Prohibition in 1909, forcing him to shutter his operation. Almost a century later, his great-great-great-grandchildren Charlie and Andy Nelson stumbled across a historic marker noting the site of Nelson’s Green Brier Distillery. With great exhilaration, the brothers realized the rumors of their family’s whiskey-soaked pedigree were more than legend. So they fired up the family business and reopened Green Brier, where they now produce a half-dozen award-winning bourbons and whiskeys, including those finished in Madeira, XO Cognac and Oloroso sherry casks. But it is the Belle Meade Bourbon Cask Strength Reserve that might be the Nelsons’ finest, blending just seven small casks to produce the exceptional limited-run expression. Bottled at 110 proof, the full-bodied bourbon boasts rich notes of vanilla, caramel and stone fruits—and placed 10th in Whisky Advocate’s “Top 20 Whiskies of 2018.”