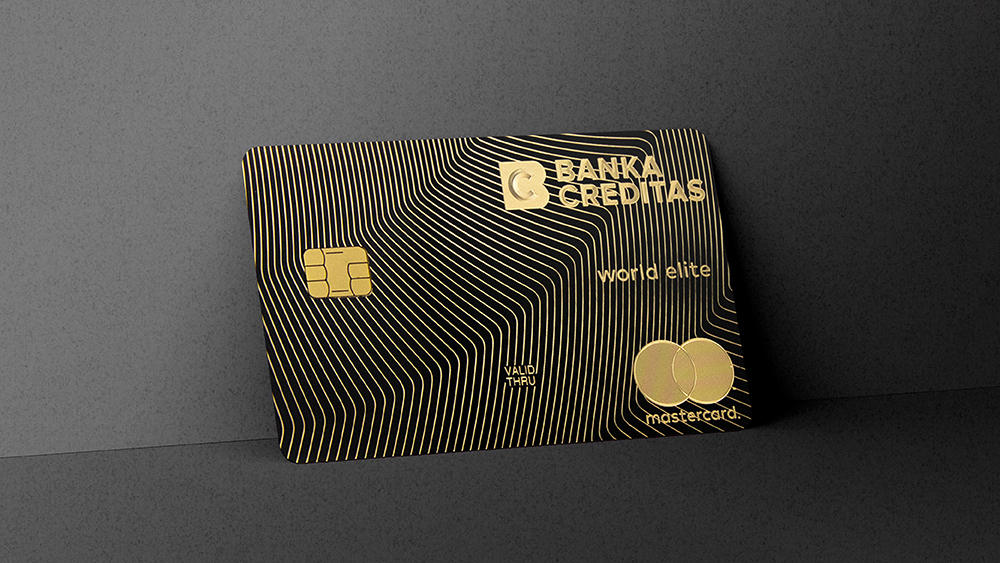 Admit it—you’ve done it, too. Tossed a metal credit card nonchalantly onto the silver tray at meal’s end and listened, satisfied, to the satisfying clatter as it landed (and wondered if anyone else around the table heard it when you did). That reassuring sound, so much noisier than traditional plastic, confers cachet that cash could never match—and that’s just how Composecure likes it. The Somerset, New Jersey-based company has an elite niche: It is the world’s largest manufacturer of luxury credit cards. If you have a metal card in your wallet, chances are that Jon Wilk and his team produced it for you.

Wilk is Composecure’s CEO. Of course, design and weight are key factors when working with clients on a new card, he says, but the sound of a card hitting the table is just as critical. “I’ve had calls with customers in Asia, where they will want us to drop a card on the desk or the table so they can hear it over the phone, and get a sense of what it sounds like,” he tells Robb Report. The heaviest commercially available card from his team is the JP Morgan Reserve, which weighs around 28 grams, or almost a full ounce.

So how did he come to be the man behind the cards that weigh down the world’s wealthiest wallets? Wilk explains it was his firm’s background in materials science and its work with governmental IDs that drew American Express to approach with a brief: The finance giant tasked Composecure with devising a card that would help differentiate its four-year old Centurion (a.k.a. Black Card) as the ultimate premium financial product. That was in 2003, and Composecure helped produce the world’s first metal credit card, made from titanium. It was, of course, an instant icon, and quickly led others to adopt lookalike materials.

Nilson, the market research firm, expects there to be 150 million metal credit cards in use worldwide by the end of 2021; each year, Composecure produces more than 20 million of them, per Wilk. He declines to name its full roster of clients, citing confidentiality, but they include Chase, for whom Composecure developed and manufactures its Sapphire range.

There’s precedent for their appeal, as Wilk explains. “When someone says to me, in a meeting, ‘Why would anyone care about their card [materials]?’ I typically will look at their watch or their shoes to make my point,” he laughs, “A luxury [watch] tells the same time as a Timex, yet you choose to wear that particular watch. It matters, and it makes a difference.” Wilk points to his firm’s own research, conducted by Edgar Dunn & Co, that consumers will usually stash metal cards at the top of their wallets, and so use them more than quiet, flexible plastic. Meanwhile, 33 percent of US consumers would switch to a bank offering a metal card if its benefits and rewards were equal to their existing, plastic-only provider, too.

Sometimes, too enthusiastically, it seems. Demand for metal cards when the Sapphire Reserve was launched in 2016 proved so intense—around 8 to 10 times higher than anticipated—that there was even a temporary shortage, with some customers offered a stopgap plastic card until their official metal version arrived a few weeks later. “The buzz surrounding the launch of Reserve was very high,” says Wilk, diplomatically, “We saw customers post videos [online] of them unboxing the card.”

The Reserves are nothing, though, compared with the ultra-limited edition cards that Composecure has produced for some banking clients, mostly in the Middle East and Asia. They weigh down the world’s wealthiest wallets, and are made of solid gold or with hand-placed diamond accents.  Smaller runs, usually in the thousands, will feature gems carefully placed to be flush with the surface—imagine the problems at an ATM otherwise. Precious metal has its own limitations versus titanium or stainless steel, though. “They’re solid gold, but a specific carat weight—if it’s too high, the card would be too soft to use,” says Wilk.