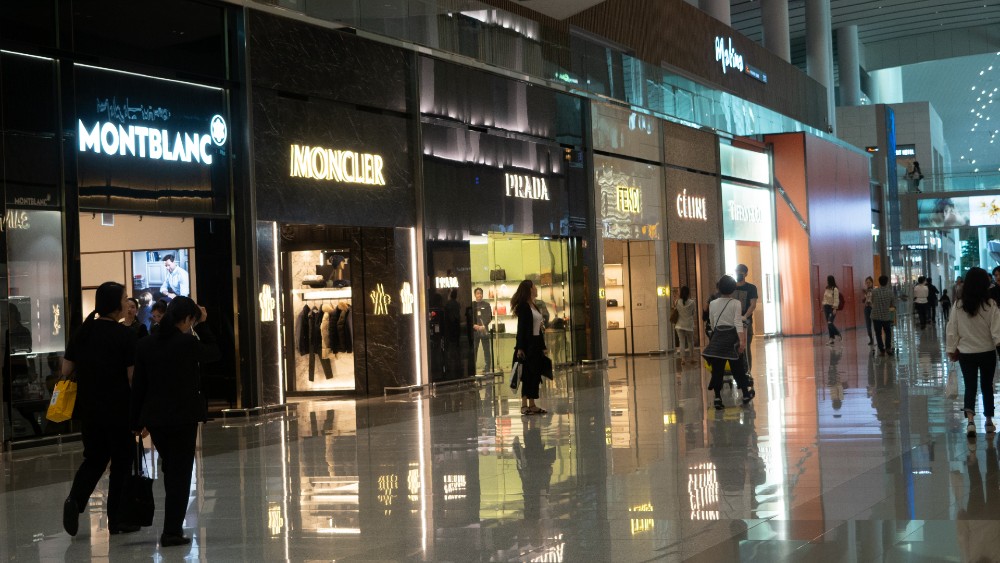 Who needs a book? Next time your flight is delayed, just peruse Prada.

That’s the impulse luxury retailers are banking on, apparently, as more brands invest in brick-and-mortar stores in international aviation hubs. According to the Wall Street Journal, no less than 33 high-end brands—including Gucci, Dior, Hermès, Louis Vuitton and, yes, Prada—have signed up to open up shop in Istanbul’s new airport. Luxury brands appear to have realized the formula for robust store sales in 2019: flight delays + a captive audience.

It’s no secret that brick-and-mortar shops have struggled of late as U.S. consumers buy more and more goods online. But sales at airport shops have offered up a surprising and welcome counterpoint to that trend. According to Bain & Company, transactions alongside landing strips have increased by 7 percent over the past two years, as opposed to a 4 percent drop at department stores. (As you might expect, only online sales are outpacing those in airports.) And that dynamic is on the uptick: Retail Dive reported that sales at airports hit $38 billion in 2016 and are projected to reach $49 billion by 2021. Meanwhile, in North America, travelers are waiting on average of 90 minutes for their flights, according to Supply Chain Dive. The collision of those two data points—and the sales they promise—has luxury retailers eyeing airports as an alluring part of their store expansion strategy.

Of course, the emergence of the airport as a commerce center is no surprise: After all, global tourism is up, and high-net-worth individuals make up a substantial portion of those who travel abroad frequently, so the airport a great place to capture possible luxury shoppers—not once or twice but throughout the year. Of course, it’s also a means for cash-challenged airports to make money from commercial revenue streams. All of which may explain why your local terminal has felt a little more plush these days.

Hey, if that means better food options and new pair of chelsea boots, we’re not complaining.

Hermès’s Profits Soar Amid High Demand for Watches and Clothes