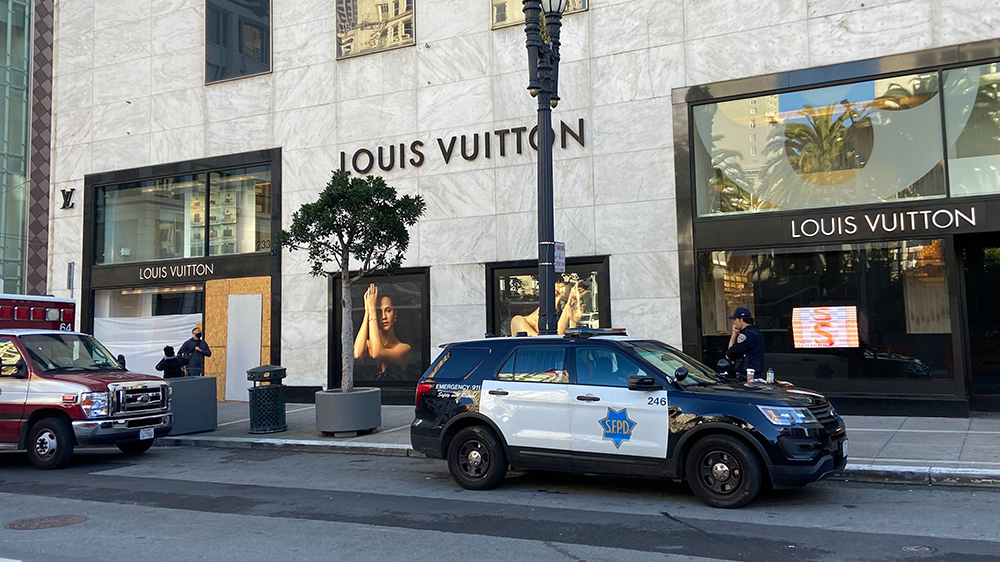 With the holidays just around the corner, thieves are turning their attention towards the luxury sector.

Over the last week, two luxury stores, a Louis Vuitton boutique outside Chicago and a Nordstrom near San Francisco, were ransacked by groups of people. There is no sign the two heists and other similar incidents are connected, but both saw a large number of people make off with what appears to be thousands of dollars of merchandise.

The first mass heist took place at a Louis Vuitton in Oak Brook, Illinois, on Wednesday, reports CNN. That afternoon, a group of 14 thieves wearing masks and hooded sweatshirts rushed into the store while it was filled with customers. Security footage of the incident shows the thieves running around the store and throwing purses, jewelry and sunglasses into bags. After filling them, they quickly exited the store, got into three getaway vehicles and fled.

Local authorities told CNN affiliate WLS-TV that the thieves made off with at least $100,000 in merchandise. The group heist echos two other incidents that took place in another Chicago suburb, Northbrook, 30 miles away. In October, six robbers six people stole $66,000 worth of goods. Earlier this month, 13 people rushed a Louis Vuitton store in the city and took $100,000 worth of merchandise.

All three incidents bear a striking similarity to a robbery that took place at an outdoor mall in the San Francisco suburb of Walnut Creek on Saturday night. In that incident, around 80 people rushed into a Nordstrom department store in what local police have described as a “smash and grab,” according to CNN. As of press time, it’s unclear how much stolen merchandise the thieves made off with, but they did escape in 10 cars. Unlike the incident in Oak Brook, police managed to stop one of the cars and arrested three people.

As with the incidents in Chicago, Saturday night’s San Francisco heist is similar to another crime in the area. On Friday night, similar robberies struck a number of businesses in the city’s Union Square neighborhood, including another Louis Vuitton store, shown in the image above. It’s not known how many people participated in Friday’s incidents, but eight arrests were made.

It should be stressed that it’s unclear if any of these incidents, including those that occurred in the same region, are connected. Whether or not they are, though, it’s clear that the thieves have found a strategy to quickly make off with tens and hundreds of thousands of dollars in luxury goods.