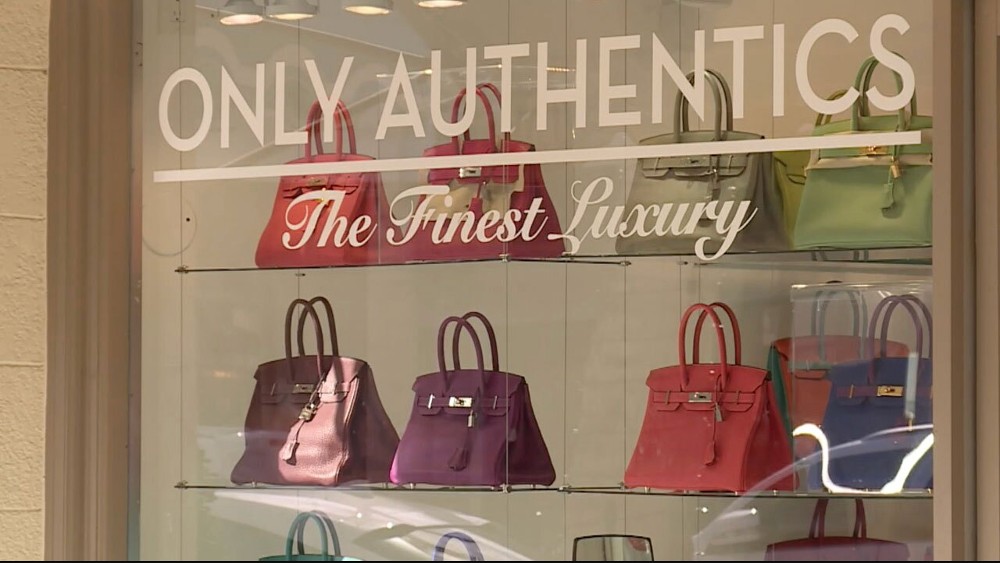 It had already been a tough year for France’s oyster growers: The lack of sun and cloudy weather throughout 2021 meant the farming beds, mostly on the west coast, had struggled to produce the normal surfeit of shuckable molluscs. As Christmas grew closer, peak season for the delicacy, farmers were hit with a second, man-made problem: oyster-rustlers who slowly skimmed off crops from their beds, likely at night and piecemeal. One farmer on the Ile de Ré lost $23,000 worth in just two weeks—that’s around three tons; another lost one ton from his beds. All that despite a supposedly aggressive policing program, complete with drone monitoring of their farms.

It isn’t the only example. Luxury larceny is on the rise around the world as premium goods, whether foods or fancy accessories, are increasingly targeted by criminals. What’s driven the surge right now, though, is a combination of opportunity, incentive and our own tendency to trivialize the problem—treating it more like derring-do than something dastardly.

Look at the vineyards, for example, who’ve suffered much like those oyster farmers. In October, thieves in Switzerland’s Rhone Valley stole more than one and a half tons of grapes from the Valais canton via seven standalone night-time raids. Switzerland’s fine wines are rarely exported, as production volume is low, but their quality is consistently among the best in Europe. Those grapes, then, were worth a staggering $35,000 even in an unprocessed state.

That same month, top flight wines went AWOL, too, when a couple pulled off an extraordinary heist from one of Europe’s most prestigious cellars at Spain’s double Michelin-starred Atrio, a restaurant with rooms in Cáceres close to the Portuguese border. This pair had booked an overnight, as well as dinner, and took a tour of the 36,000 bottle haul after eating, as many diners are invited to do. A few hours later, they distracted the only member of staff on overnight duty with a request for room service; in the 15 minutes or so the staffer spent prepping a snack for delivery, the couple somehow snuck into the basement and packed bags to the brim with 45 bottles, including 30 Domaine de la Romanée-Conti Burgundies. In total, they stole wine worth around $1.7 million before checking out, on foot, the next morning—and vanishing.

In December, the owner of Palm Beach boutique Only Authentics (pictured at top) on Worth Avenue found his shop windows smashed overnight, and 13 purses gone, all Hermès Birkin and Kelly bags worth close to a million bucks in total. There has been a spate of such crimes in San Francisco in recent months, many of them involving mob-style looting of the luxury stores like Louis Vuitton right in the center of town—and resulting in police patrols of the shopping area for 24 hours each day.

Local law enforcement in California said that such looting wasn’t ad hoc, but rather likely part of an organized fencing program where those goods would be resold as vintage. And the boom in luxury aftermarkets like this—think everything from The Real Real to Facebook marketplace—is one reason such a niche crime is on the rise, at least according to Drew Neckar. He’s president of Security Advisors Consulting, and works with high-end companies and wealthy individuals on property protection. As more of our shopping moved online as a result of the pandemic, he points out, this only increased such opportunities. “It is much easier for a gray market dealer to create a website that appears legitimate in order to retail luxury goods online than it is for them to establish a physical luxury retail outlet,” Neckar tells Robb Report. “Many customers who wouldn’t think of walking into your average pawn shop looking for a Rolex or Audemars Piguet watch or a Gucci or Louis Vuitton bag do not have the same hesitancy entering a gray market dealer’s website to make the same purchase.”

That doesn’t explain the oyster or grape thefts, of course. Consider economic uncertainty a driver there, he posits. “The people who have made their living pickpocketing tourists in Europe, all of a sudden they have zero income,” Neckar says, mostly as a result of border closures and travel slowdowns. “They can’t go out and get a job—so they need to support themselves another way.” He suggests much the same happened stateside. Petty thieves could no longer rely on burgling houses since so many were stuck at home. “There was a large increase in commercial burglary—stores, warehouses—because they were shuttered and no one was there.” Focusing on high-end, high-margin goods, of course, is logical.

The supply chain crisis is a factor, too. The luxury industry has long been cognizant that its long term issue isn’t demand—consulting firm Bain predicts the worldwide luxury market will top $443 billion in 2025, a 38 percent increase over 2018—but rather, supply. How will it slake the thirst of luxe-craving shoppers worldwide, as that market booms? The pandemic has thrown wrenches into every supply chain, exacerbating those extant issues, and creating new opportunities for the underhanded and enterprising to fill gaps that legal channels could not.

Greg Smith agrees with all of Neckar’s explanations, but also points to a bigger, longer term problem: cultural attitudes. Smith is the executive vice-president and co-founder of property insurance provider Berkley Asset Protection. He says, simply, “There’s become an acceptability to theft—it’s not a violent crime.” Moreover, pilfering from luxury brands seems harmless: If you produce for the wealthy, surely you too must be rich enough to absorb a little loss here and there? A thief who robs a Worth Avenue boutique of purses is likely to be treated with almost grudging admiration, their crime described in publications like this one as a “heist.” In reality, of course, it’s no different than a pickpocket lifting a smartphone or wallet from someone’s bag.

Smith cites the fundamental challenges around policing, and reform, as a factor, too. “There’s a general sense of negativity that has grown very deeply against the police force, and the bad actors of this world have figured that out,” he explains. Put simply, as law enforcement rightfully examines its procedures and protocols, putting some on pause as a result, the larcenous may see more opportunity.

The solution, then, is complicated. It certainly won’t be easy to curb a flourishing and increasingly profitable secondary market. And the general public will likely always view the theft of luxury goods as less nefarious than, say, a mugging or home invasion. So, perhaps the oyster famers in France have the right idea: They’re launching a campaign to deter future rustling, reminding thieves that stealing oysters is a criminal offense that can carry penalties of up to three years in prison and a fine of more than $50,000. Will a rational appeal to self-preservation win out over the temptations of a financial windfall? Luxury purveyors certainly hope so.