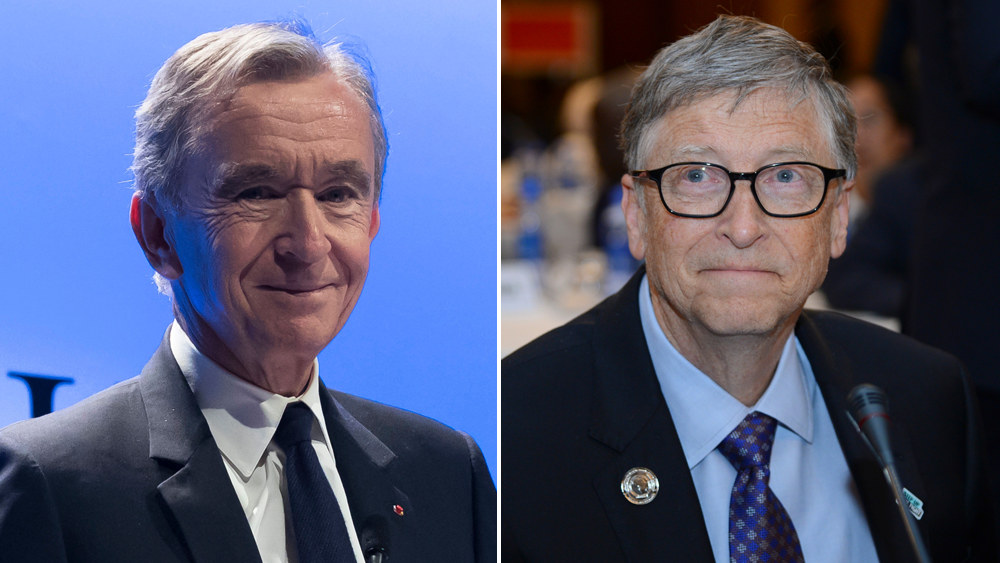 There’s still money left in luxury goods. Lots of it, in fact. Need proof? LVMH Chairman and CEO Bernard Arnault just dethroned Bill Gates as the second-richest person in the world with a total net worth of $108 billion.

On Tuesday, Arnault supplanted Gates as the new No. 2 on the Bloomberg Billionaires Index, which is updated at the end of trading each day. The trading of spots marks the first time that the Microsoft co-founder, who the financial news service says is worth $107 billion, has fallen out of the top two since the list’s advent in 2012. The American philanthropist still sits above the French businessman on Forbes’ famed billionaires’ list as of press time. The financial publication puts the men’s worth at $103.4 billion and $103.1 billion, respectively.

Arnault’s leapfrogging of Gates is largely due in part to his wealth growing by $39 billion in 2019, according to Bloomberg Businessweek, by far the biggest individual gain by any of the 500 people included in the Billionaire Index. This year also marks the first time Arnaut’s net worth has eclipsed $100 billion.

Under his stewardship, LVMH has grown into a global luxury powerhouse over the past thirty years, and counts venerable brands such as Christian Dior, Louis Vuitton and Givenchy among its holdings. The last two months have seen the company launch the fashion house Fenty with Rihanna and ink an unexpected deal with Stella McCartney, who left the company’s chief rival, Kering, last year. According to Bloomberg, Arnault’s jump up the Billionaire Index ranking coincided with shares in LVMH climbing to a record high on Tuesday.

Despite the changes at no. 2 and 3 on the Billionaires Index, Amazon founder Jeff Bezos remains the world’s richest man by a comfortable margin, with a net worth of $125 billion. CNN notes that if it weren’t for his philanthropic giving—the Bill & Melinda Gates Foundation has donated $35 billion to causes worldwide—Gates would be atop both Bloomberg and Forbes’ richest billionaires’ lists.