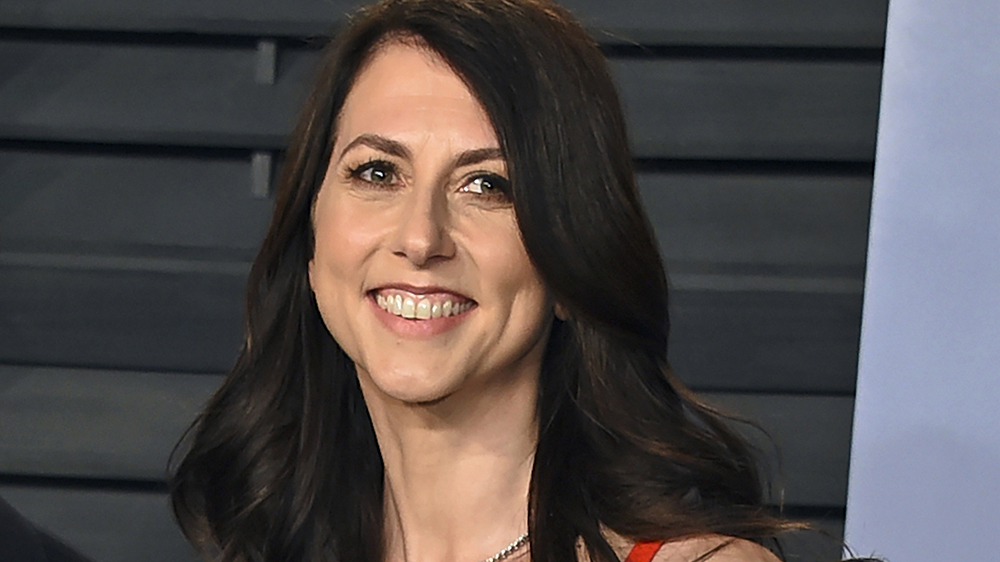 MacKenzie Scott is taking a decidedly different approach to the Covid-19 pandemic than some of her billionaire peers.

On Tuesday, the author and ex-wife of Amazon CEO Jeff Bezos revealed in a Medium post that she had donated nearly $4.2 billion of her personal fortune over the last four months to groups primarily focused on lessening the economic impact of the Covid-19 pandemic. Combined with the $1.7 billion she donated this summer, that brings her total charitable giving for the year to nearly $6 billion.

“This pandemic has been a wrecking ball in the lives of Americans already struggling,” Scott wrote. “Economic losses and health outcomes alike have been worse for women, for people of color, and for people living in poverty. Meanwhile, it has substantially increased the wealth of billionaires.”

In the post, entitled “384 Ways to Help,” Scott outlines how she and her team used a data-driven approach to determine how to best use her money to help meet immediate needs and combat long-term systemic inequities. In total, donations were made to 384 groups across all 50 states, as well as Washington, DC, and Puerto Rico.

Some of these organizations include well-established entities, like the NAACP, Goodwill and Meals on Wheels, as well as smaller groups, like affordable housing lenders and local foodbanks. She did not disclose how much money had been donated to each group, but did reveal that the money was paid upfront and given without conditions. Later in the day, Morgan State University revealed that Scott had donated $40 million to the historically Black research university located in Baltimore.

This is Scott’s second round of significant charitable giving this year. In July, she announced that she had given $1.7 billion to organizations focused on education, women’s rights, LGBTQ equality and fighting climate change.

In terms of publicly announced giving, no one is believed to have given more to charitable causes in 2020 than Scott, according to the New York Times. The nearly $6 billion she has donated since the start of the year also represents about 10 percent of her personal fortune. Scott currently has a net worth of nearly $60.1 billion, according to the Bloomberg Billionaires Index, making her the world’s 18th richest person.