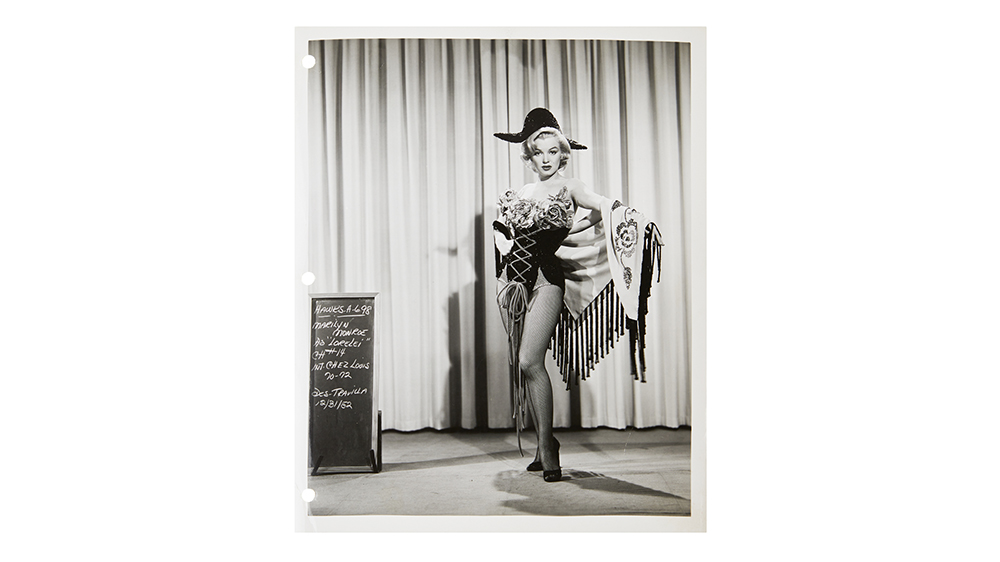 Gentlemen—and auction houses—prefer blondes. At least that’s what you might think when you hear that Julien’s Auctions and TMC are getting ready to auction off a collection of Marilyn Monroe’s personal and professional effects.

Next month, Julien’s “Hollywood Legends” auction will include a whole spate of Monroe’s items, including film costumes, lingerie, jewelry, photos, handwritten notes and more. The announcement came Wednesday morning, on what would have been Monroe’s 96th birthday.

“Marilyn Monroe lives on forever as the quintessential Hollywood legend whose historical and cultural impact will continue to be celebrated in the next millennium and beyond,” Martin Nolan, the executive director of Julien’s, said in a statement. “Julien’s Auctions and TCM are honored to present this glamorous and personal collection of over 100 items, which includes a wide array of artifacts from her storied film roles and her personal items that paint an intimate portrait of her incandescent life and passions.”

Other items that might be of interest to collectors are a pair of Monroe’s shoes, a contract signed by the actress and her personal AFTRA card with a receipt for overdue payments and penalties. Even bombshells can fall behind on their bills, it seems.

“It’s exciting to see these treasures from Marilyn’s film history and personal archives hitting the auction block,” Scott Fortner, a Monroe historian and collector, told the New York Post. “She continues to be the number one film star from the 1950s, and one of the most collectible celebrities today, dead or alive.”

The “Hollywood Legends” auction, taking place July 15 to July 17 in Beverly Hills, will include more than 1,400 items from some of the biggest names in the biz, including the likes of Audrey Hepburn and Elizabeth Taylor. And while there’s no business like show business, the business of collecting might make for a pretty good runner-up.