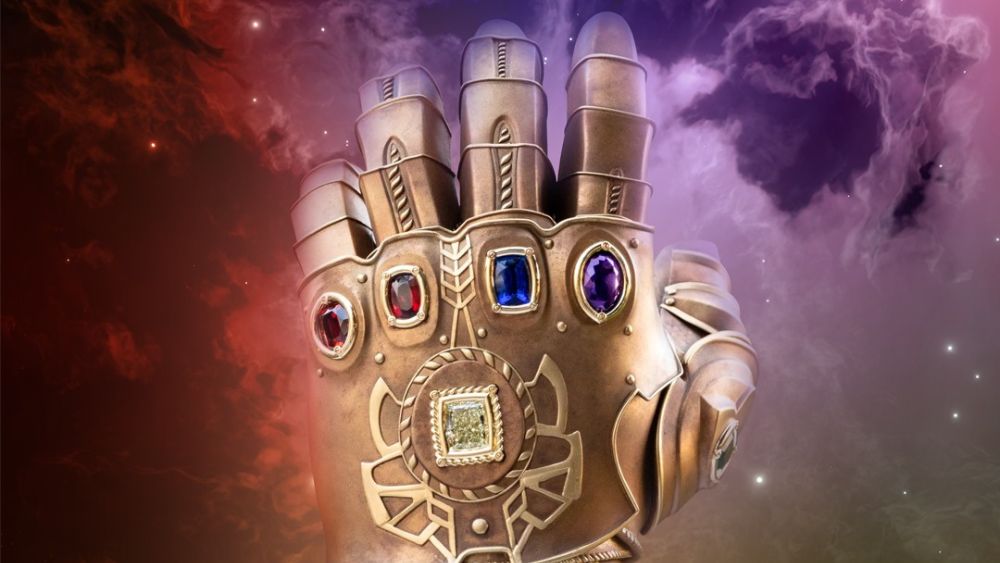 The quest to collect all six of Marvel’s almighty Infinity Stones just got a whole lot easier.

This past weekend during San Diego Comic-Con, Marvel announced that it would be launching a collection of IRL Infinity Stones, inspired by fictional relics that exist within the Marvel Cinematic Universe. New York’s East Continental Gems is tasked with bringing the six magical stones to life and LA’s Darren Romanelli, a.k.a. DRx, is the creative director. The total weight of the otherworldly jewels is said to surpass 150 carats, and the value amounts to more than $25 million. This should go without saying but, no, superpowers are not included.

“There has never been anything as exciting and interesting in the Marvel Universe than the prized Infinity Stones and as a fourth-generation jeweler and fan, I am honored that Marvel entrusted us with the monumental task of curating the Infinity Gem Collection for our universe,” said Adam Mirzoeff, president of East Continental Gems, in a press statement.

The Infinity Gauntlet on display at El Capitan Theatre  Getty

Fans of the MCU can tell you that the cosmic super weapons are each tied to different aspects of the universe: Time (green), Space (blue), Reality (red), Mind (yellow), Power (purple) and Soul (orange). In order to harness their strength, they must be fitted into the Infinity Gauntlet, an important artifact that resembles a giant armored glove. When all six stones are in place, the wearer of the Infinity Gauntlet wields all the power.

The Infinity Collection of Gemstones will debut in discrete drops. It will feature a Colombian emerald nearing 23 carats, an almost 30-carat sapphire from Madagascar, a 15-plus carat natural ruby from Mozambique, a 35-plus carat cushion-shaped Spessartite garnet and a rectangular yellow diamond, close to 35 carats. The stones will be displayed in the Infinity Gauntlet famously donned by Thanos (Josh Brolin) in the Marvel flicks. It was custom-made by high-end collectible toy and consumer products company, Gentle Giant Ltd.

“We feel this authentic gemstone collection is cool and unexpected and extends the reach of the Marvel brand,” added Paul Gitter, SVP, Marvel Consumer Products.

East Continental Gems also announced that a rare, limited-edition Reality stone will be released this September as part of a future collection.