×
By Evan Nicole Brown for The Hollywood Reporter

Evan Nicole Brown for The Hollywood Reporter's Most Recent Stories 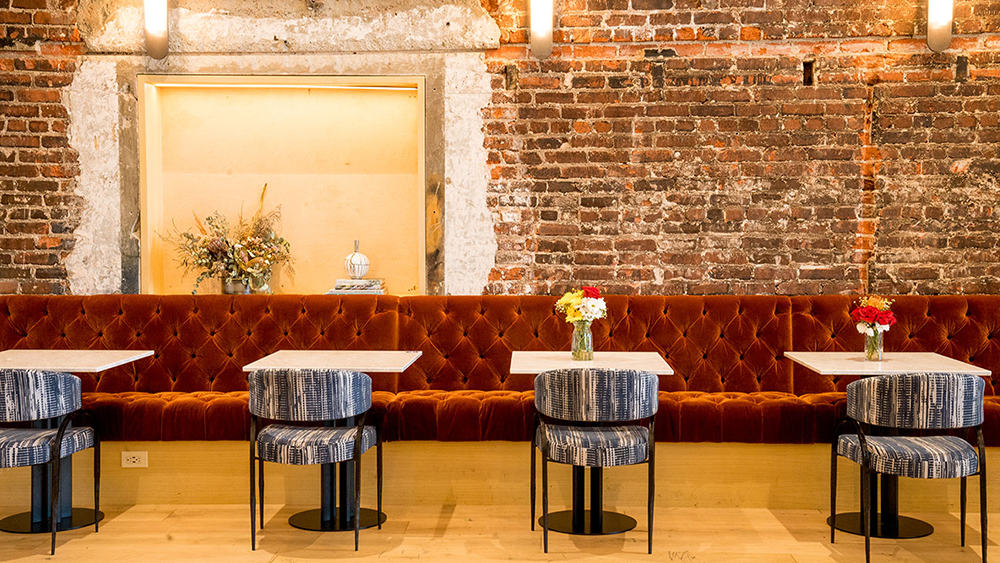 Courtesy of The Gathering Spot

Dreamed up and co-founded by former Georgetown undergraduate classmates Ryan Wilson and TK Petersen, The Gathering Spot is a private membership network designed as a place for connectivity and community building.

“It’s like a think tank and a country club, minus the elitism,” Wilson, CEO of the company, tells THR.

“We’re used to being tolerated in spaces and not celebrated within them. So what is it like to build an experience where we’re celebrated at every touch point?” says Wilson of the motivation behind The Gathering Spot, which just welcomed its newest location earlier this year in L.A.’s historically Black West Adams neighborhood.

“We’ve been very specific from the beginning: This is about Black folks, and engaging our culture directly,” says Wilson. “Everybody is welcome. But everything that we build has a very specific point of view that we’re not trying to shy away from.”

The Gathering Spot Los Angeles is located at 5211 W. Adams Blvd. between hotspots Tartine and Cento Pasta Bar. It joins the first location, which opened in Atlanta in 2016, and Washington, D.C., which opened in 2020. TGS counts roughly 12,000 members nationwide.

Loosely modeled after D.C. “talking clubs,” the network’s roots lie in searching for a space where a range of creatives, professionals and entrepreneurs could get together to discuss ideas around business and activism, and also participate in programming and curated experiences.

The L.A. location offers a 24-hour workspace, which includes meeting rooms and private offices. It also hosts approximately 20 events per month (open to members, who pay $200 per month, and their guests). Most recently, Ciara celebrated Ten to One Rum, a spirit company she co-owns, and Daniel Kaluuya hosted a party in honor of Nope ahead of its opening weekend in July. There’s also a members-only bar and restaurant.

Wilson says that Los Angeles, where he was born, was an obvious fit for the company’s newest location. “It’s a natural extension for the business to try to join a community where things being produced here influence what folks see all across the world,” he says. Selecting historic West Adams more specifically was equally intentional. “Simply put, we’re not in Beverly Hills or West Hollywood on purpose. This needs to be where it is. We’ve got to make sure that the communities that have been here for a while can benefit from whatever this new stuff is,” Wilson adds.

All Gathering Spot members can opt into health care benefits offered by the company (plans start at $50), and there are member benefits at nearby businesses (including Highly Likely cafe and Black woman-owned café Sip and Sonder in Inglewood), as well as a merch collaboration with Black Hollywood power-dining spot Alta Adams. The Gathering Spot’s most notable collaboration yet, however, is its merger with Fintech Greenwood, a digital banking platform for Black and Latino individuals and business owners, in May. (Upon being acquired by Greenwood, Wilson was named chief community officer of Greenwood, and Petersen, TGS’s CFO, was appointed vp at Greenwood.) Across all three locations, Wilson says, The Gathering Spot prioritizes workshops for wealth building, finance and business development.

Though The Gathering Spot’s network has manifested physically in three cities, the community extends beyond that; remotely, over the course of the pandemic, local partners in Chicago, New York, Detroit, Houston and Charlotte help curate events for TGS “members” who engage and build relationships with other members online and in person, even without a brick-and-mortar community space. When asked who fits the description of a TGS member in any of the connected cities, Wilson says, ultimately, “people [who are] committed to the culture.”

But beyond that, a range of industries, ages, and interests are represented in the membership community.

“We actually want a creative to be sitting next to their potential lawyer or a banker,” says Wilson. “Where the club becomes super powerful is when you are able to walk into rooms and say, ‘Wow, I would have never met the people that are here, but for this.’”

A version of this story first appeared in the Sept. 16 issue of The Hollywood Reporter magazine. Click here to subscribe.