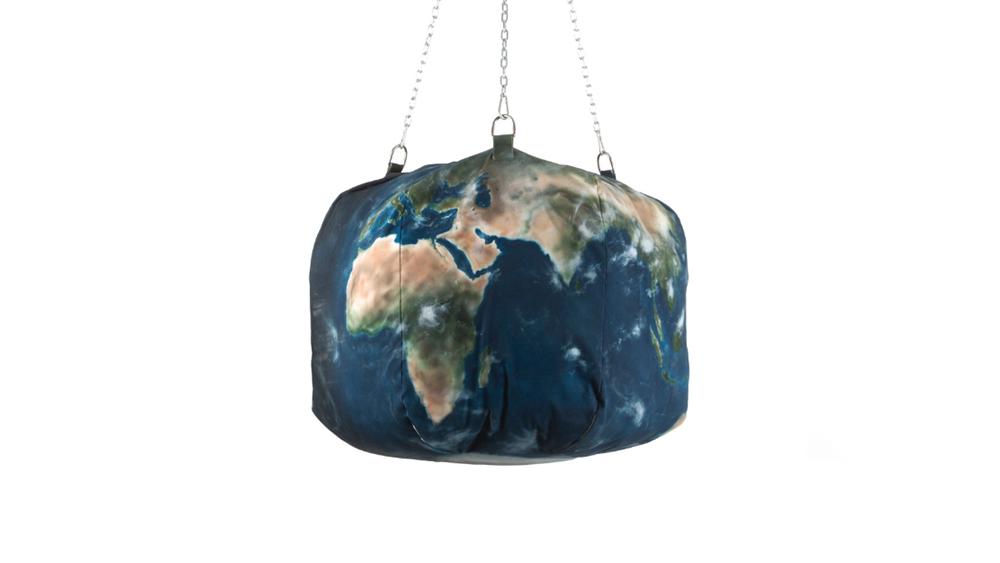 Boxing is a unique alloy of brutality and artistry, a mix that has made it the subject of creative works for millennia. Whether in sculpture, painting or film, it has the power to enthrall while offering no small bit of catharsis along the way. Tapping into its primal drive, Michèle Lamy commissioned custom boxing bags from a bevy of international artists to showcase at the Venice Biennale earlier this year––all of which are now going up for auction.

A partnership between Carpenter’s Workshop Gallery and BXR London, the city’s premier boxing gym, the online auction––hosted by Sotheby’s––will include nine punching bags crafted for the LAMYLAND: What Are We Fighting For installation. All of the proceeds will benefit London Community Boxing, an organization that uses sports to foster personal development and community building.

Lamy, a major force in fashion and fine art’s most avant-garde circles, is perhaps best known as the constant collaborator and partner of designer Rick Owens. She carries numerous design responsibilities within his namesake label, but frequently ventures into other fields. When it came to this most recent project, she told Hypebeast, “Boxing is a great metaphor for life and I wanted to ask people what they were fighting for. For me, fighting is not a bad word. It’s about believing in something and making it happen.”

She charged each contributing artist with making a piece that revolved around, “what we need to face, challenge and celebrate in our lives.” The Brazil-based Campana brothers have built a career on using indigenous materials to realize their work and chose to construct their punching bag from the local raffia often used to build traditional homes. The selection of natural material also reflects the duo’s commitment to environmental responsibility and protecting endangered habitats. Other works include those by Scarlett Rouge and Giovanni Leonardo, all of which are estimated to fetch between £5,000-7,000 (roughly $6,500 to $9,000 at current exchange) when bidding officially commences.

BXR London will display the bags on November 27th, but the online portion of the auction begins on November 22nd and runs through December 2nd.