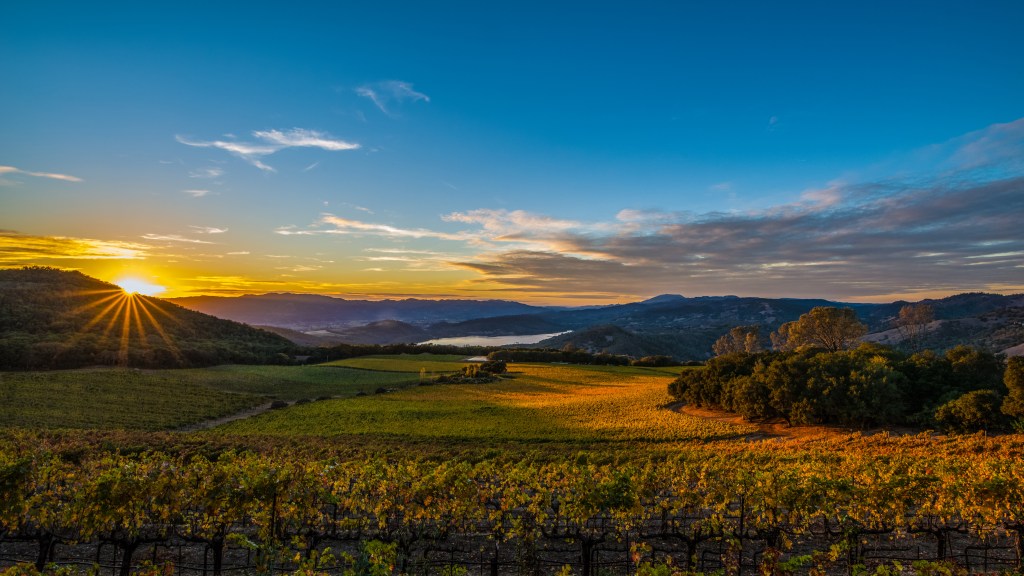 Perched on Pritchard Hill in Napa Valley’s idyllic St. Helena is a pyramidal building with a rusted steel roof accessed via winding tree-lined roads. It houses the top-rated Chappellet winery, which celebrated its 50th anniversary on June 10 with an elegant luncheon.

Seated at triangular tables under the shade of the adjoining building, guests were welcomed by the charismatic Molly Chappellet, whose late-husband Donn had the vision to see the region as a wine-making leader so many decades ago. “Donn had such superb taste in everything,” Chapellet says. “He said, ‘I wouldn’t want to be in the wine business unless I could make a first-class wine.’”

And make a first-class wine he did. From their first release in 1969, the Chappellets have been winning high praise and awards. In 1970, Hugh Johnson dubbed the winery’s iconic triangular building “the cathedral of wine.” Designed by artist Ed Moses, the dramatic edifice was only the second new winery built in Napa since Prohibition, and one which ushered in modern architecture to wineries. In 2009 Johnson again praised the winery, saying, “the wine that proved, and still proves, that this is a propitious spot for Cabernet Sauvignon was Chappellet’s first vintage, the 1969, made from vines that were only 5 years old. It still provokes gasps of admiration 40 years on.”

The 50th anniversary luncheon was highlighted by a delectable four-course meal prepared by noted Napa Valley chef Holly Peterson. Along with each course, Chappellet wines were presented in pairs: The winery’s 2011 and 2015 Napa Valley Chardonnays were matched with an appetizer of smoked and seared scallops; its 1997 Pritchard Hill Estate Cabernet Sauvignon and 2014 Signature Cabernet Sauvignon complemented a main course of roasted squab.

Guests at the luncheon included three generations of the Chappellet family, underscoring the fact that the winery remains a family business at a time when multinationals and conglomerates dominate the wine business. There were also friends and fellow vintners, as well as those responsible for the magnificent works of art hanging in the winery (among them Billy Al Bengston and Andy Moses, son of Ed Moses). Before the Chappellets moved from Los Angeles to St. Helena in the mid-1960s, they were enthusiastic collectors, focusing on such young contemporary artists as Bengston and the senior Moses, as well as John Altoon, Robert Irwin, and Ed Ruscha. A visit to the winery offers the opportunity to see many of their collection’s works. Interspersed also are pieces by the Chappellet children: Lygia Chappellet’s paintings and sculpture of sheep and Carissa Chappellet’s drawings of dragons—always nestled among the St. Helena landscapes, proving further that art and the vine truly are inextricable at Chappellet.