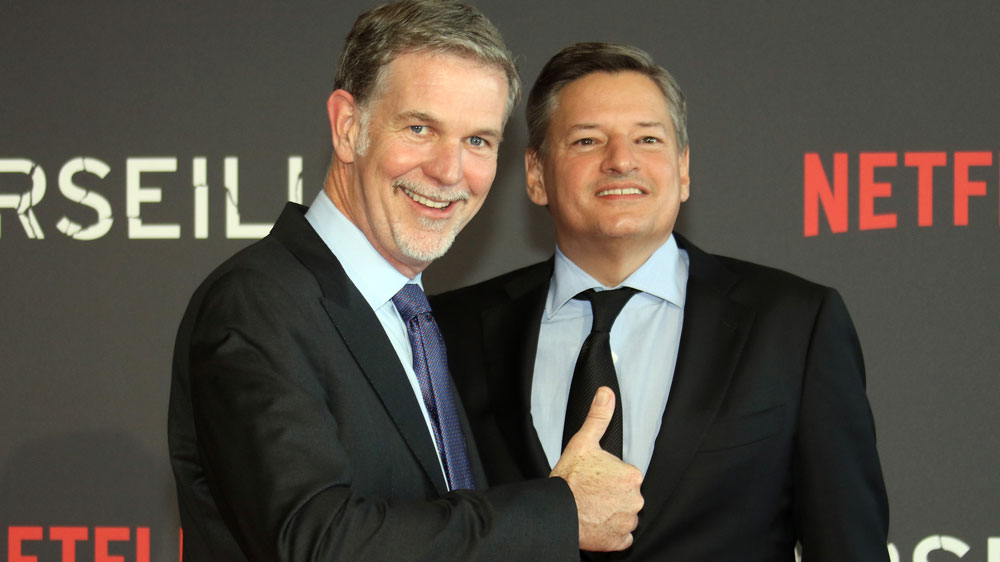 Netflix founder Reed Hastings is rolling into 2019 on a serious high note. After Netflix hiked its subscription fee prices by 13 to 18 percent, depending on the plan, the company saw its shares soar earlier this month. The cherry on top is that the Netflix-produced film Roma just scored an Academy Award nomination for Best Picture, rounding out a whopping 13 nominations, which is more than any other studio except Walt Disney and Fox Searchlight, according to Variety.

As a result of the new fees, Hastings, who owns 2.5 percent of the company’s stock, saw his net worth climb by $1 billion, according to Forbes. He is now worth an estimated $3.7 billion. Just eight years ago, when Hastings announced the company would separate Netflix DVD rentals and streaming services, shares fell by 74 percent. Now, DVD rentals, while still a viable part of the business, seem almost as quaint as VHS tapes.

The price hike isn’t hurting the company, either. Although the company took a 2.6 percent dip on Tuesday due to concerns over the economic slowdown, according to CNBC, Netflix is raking in new subscriptions. Meanwhile, most people can’t even remember how much they are paying for their subscription, and after the fee raise, the company still signed up over 9 million new accounts.

Hastings founded Netflix in 1997 with Marc Randolph, who left the company in 2004. The company now has approximately 137 million customers, with a 100 million increase in just the last five years thanks to its wildly popular exclusive content. The company also reportedly spent $8 billion last year to produce that content, according to CNN. Nevertheless, the original movies, series, and other features seem to be doing the trick. Their reach is not only reflected in the Oscar nominations and increased subscriptions, but also in chief content officer Ted Sarandos’s salary, which now equals that of Hastings’s annual paycheck. Like Hastings, he is set to make $31.5 million in salary and stock options this year.