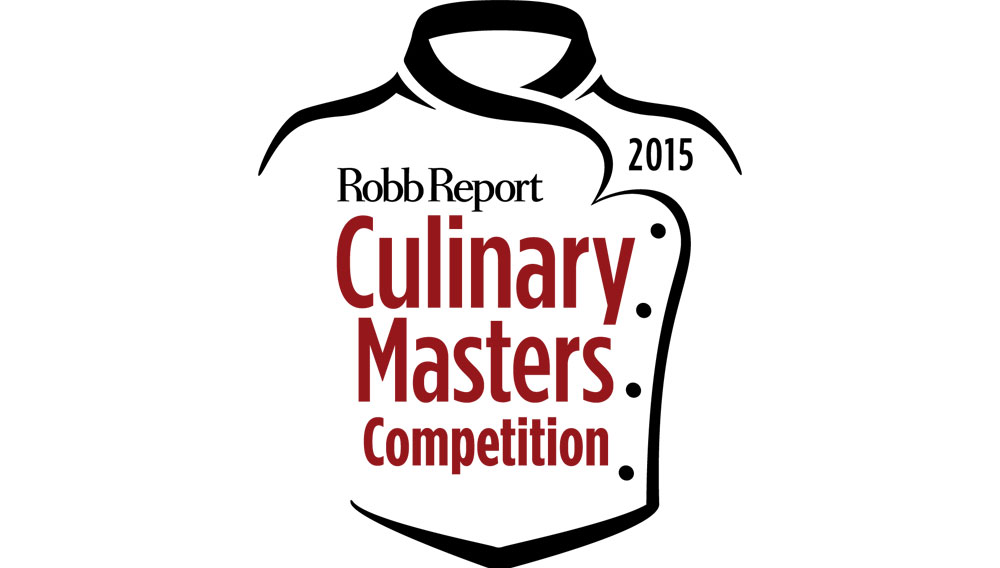 MALIBU, CA (January 8, 2015) – Lauded for “his ability to bring a level of elegance and sophistication to simple American comfort food,” the Dallas-based restaurateur Nick Badovinus has been named the winner of Robb Report’s third annual Culinary Masters Competition.

“Nick thoroughly impressed the panel of judges—Robb Report editors and readers—with his ability to raise traditional Tex-Mex fare to the level of art while retaining the true DNA of that culinary style,” explained Robb Report’s editor in chief, Brett Anderson. “Our panel really connected with his approach.”

The owner of a family of Neighborhood Services restaurants in Dallas, Badovinus earned top honors following a series of culinary presentations by five up-and-coming chefs, in a competition established by the international luxury lifestyle authority three years ago.

Presented by Robb Report in partnership with BMW of North America, Dom Pérignon, and Air France, the competition challenged five of the world’s preeminent chefs to nominate a next-generation protégé who would take part in this one-of-a-kind contest to determine the New Culinary Master for 2015.

Highlighted in Robb Report’s January issue, Culinary Masters is also presented to digital subscribers with exclusive video from the winning competition dinner and highlights and chef perspectives from all five of the presentations.

Robb Report’s app content, with its stunning visuals, is presented in an innovative and user-friendly manner that enhances luxury enthusiasts’ experience. The iPad version provides access to all print-edition content when viewed in portrait format, and unlocks a wide range of interactive enhancements when viewed horizontally. The January iPad edition is available to download from the App Store at http://bit.ly/RobbReportiPad and on Zinio’s digital newsstand.

Complete coverage—including highlights, recipes, menus, and interviews with celebrated chefs from all three annual culinary events—is included in the Culinary Masters Competition digital special issue, available as a free download in the library of the Robb Report iPad app: http://bit.ly/RobbReportiPad.

Preparing five-course meals for a VIP judging panel of editors, and selected readers, the young culinary artisans were rated on their mastery of technique, creativity, and innovation. In addition to Badovinus, who was nominated by Fearing, the contenders were:

Yoshiaki Takazawa, a Japanese culinary expert and the owner of Takazawa in Tokyo (nominated by Bouley)

Jean-Marc Boyer, an aficionado of southern French cooking and the owner of Le Puits du Trésor in Lastours, France (nominated by Gagnaire)

Nicolas Delaroque, a specialist in classic French cuisine and a co-owner of the San Francisco bistro Nico (nominated by Oakes)

Each chef’s full competition menu and recipes—as well as additional photos and videos—are accessible at RobbReport.com/CulinaryMasters.

In selecting Badovinus, judges praised his proficiency in serving “a dinner built on big flavors, dishes with a history, and impeccable ingredients and technique.” Winning the Robb Report award in his first culinary competition, Badovinus astounded 55 judges during his five-course presentation at Southern California’s Ritz-Carlton, Rancho Mirage.