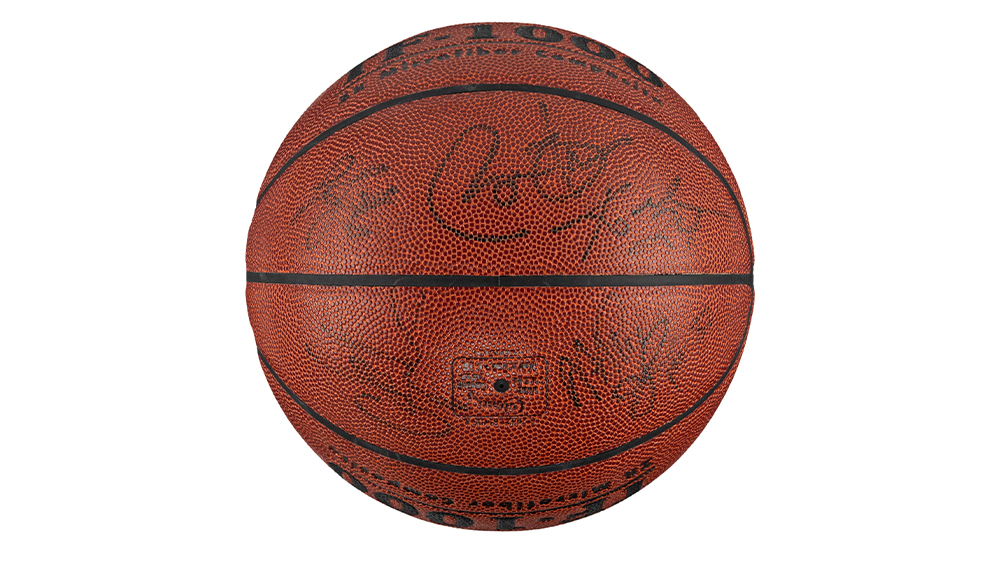 President Barack Obama made pickup basketball history when he assembled an NBA dream team to play an informal game in 2010. Now, an important piece of memorabilia from that day is hitting the auction block.

The ball, which was present a game Obama played in front of a group of wounded warriors and members of the White House’s mentoring program, the former president’s signature. Alongside it are the signatures of NBA greats including the late Kobe Bryant, LeBron Games, Magic Johnson and Carmelo Anthony. Heritage Auctions recently listed the rock—a Spalding TF-1000—as a lot in its Winter Platinum Night Sports Auction.

The game itself took place inside a gym at Fort McNair, a short drive away from the White House. The roster of players included past and present stars, including Dwyane Wade, Derrick Rose and Joakim Noah. Former Miami Heat power forward Alonzo Mourning reportedly came out of retirement to join Johnson on the court for the occasion, while Maya Moore, then a star of the UConn women’s basketball team, also played in the game. Afterward, some of the players attended a White House barbecue in celebration of the president’s 49th birthday, the Associated Press reported.

Unfortunately, no reporters were allowed to watch the game, so we’ll never get to see clips of 44 hooping with NBA stars. But the ball itself is a pretty cool piece of presidential and sports history. Each autograph is graded—Obama’s and Bryant’s received 9/10 grades, the highest grades—and some come adorned with inscribed jersey numbers, including Bryant’s iconic No. 24. There’s also a letter of authenticity by PSA/DNA.

Obama made his love of the game clear shortly after taking office in 2009. He renovated the White House’s tennis court, making it a multi-purpose space for both tennis and basketball. The game was host to some fiery pickup games, including the infamous match where Obama took an inadvertent elbow, requiring 12 stitches to his lip.

Luckily no one was hurt during the Fort McNair game. Bidding on the ball has already blown past Heritage Auctions’ $12,000 initial estimate. Currently, it’s going for $17,500—but you have until the sale ends on February 27 to beat that bid.