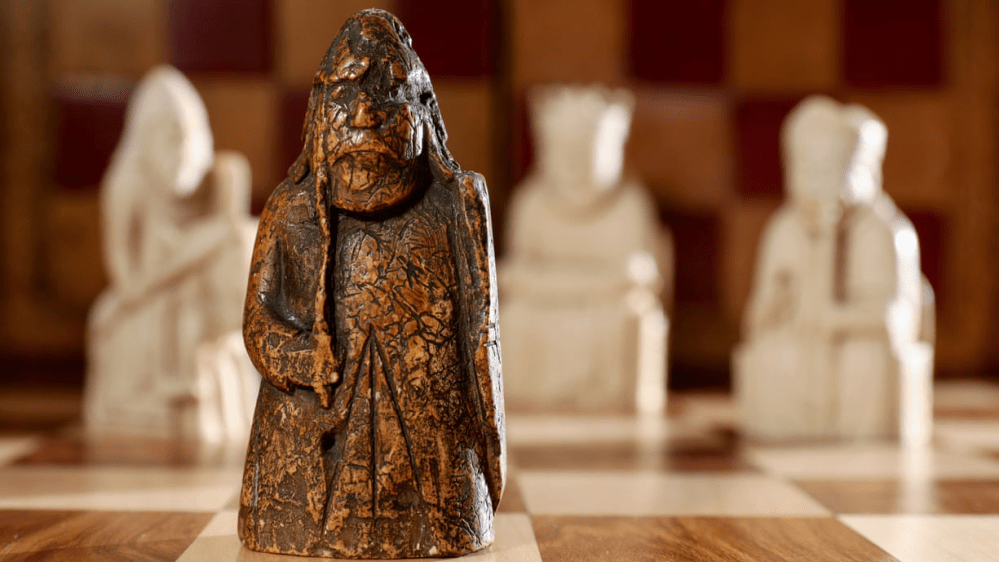 A Scottish family may has just won the ultimate game—of luck. A beloved antique chess piece, in the family for more than five decades, has turned out to be a medieval treasure worth more than anyone could’ve imagined.

The Edinburgh family’s grandfather, an antique dealer, originally purchased the 3.5-inch chess piece from another dealer in 1964 for £5 (a little over $6 at current exchange). The antique aficionado dubbed the piece a “walrus tusk warrior chessman” and stored it away for safe keeping. Little did he know that scholars and curators had long sought the walrus ivory chessman as one of only five missing from the circa 1200 Lewis Chessmen hoard.

The Lewis Chessmen set features seated kings, queens, bishops, knights, pawns and standing warders—just like the family’s piece. Eighty-two pieces of the set are now in the British Museum, and another 11 pieces are in the collection of the National Museum of Scotland. Crafted in medieval Norway, the set was lost for 500 years shortly after its manufacture. The exact lore is unclear—some believe it was sealed away by a merchant, while others claim its discovery in 1831 was courtesy of a particularly hungry stray cow. What is certain is that five pieces of the set were missing—until now.

The path to the discovery took decades. The grandfather eventually passed the warder down to his daughter, who was “very fond of the chessman,” according to a statement. She admired its “intricacy and quirkiness,” and even believed that it “perhaps could have some magical significance.”

Turns out she wasn’t too far off: Curious about the piece’s provenance, the family brought the statuette to Sotheby’s of London for assessment, only to discover that it was a long-lost Lewis Chessmen. Sotheby’s expert Alexander Kader told the BBC that his “jaw dropped” when he realized what they had in their possession: “We get called down to the counter and have no idea what we are going to see…. I said, ‘Oh my goodness, it’s one of the Lewis Chessmen.'”

Kader, Sotheby’s co-head of European sculpture and works of art, reportedly spent the next six months authenticating the piece in secret. Now, the object will go under the hammer at the auction house July 2, where it is expected to fetch as much as £1 million (or $1.2 million) for its owners. (Not a bad return for the family’s sentimental loss.)

As for the Lewis Chessmen’s other missing pieces, no one can predict when or where the pieces will be recovered—not even Kader. “There are still four out there somewhere,” he said. “It might take another 150 years for another one to pop up.”