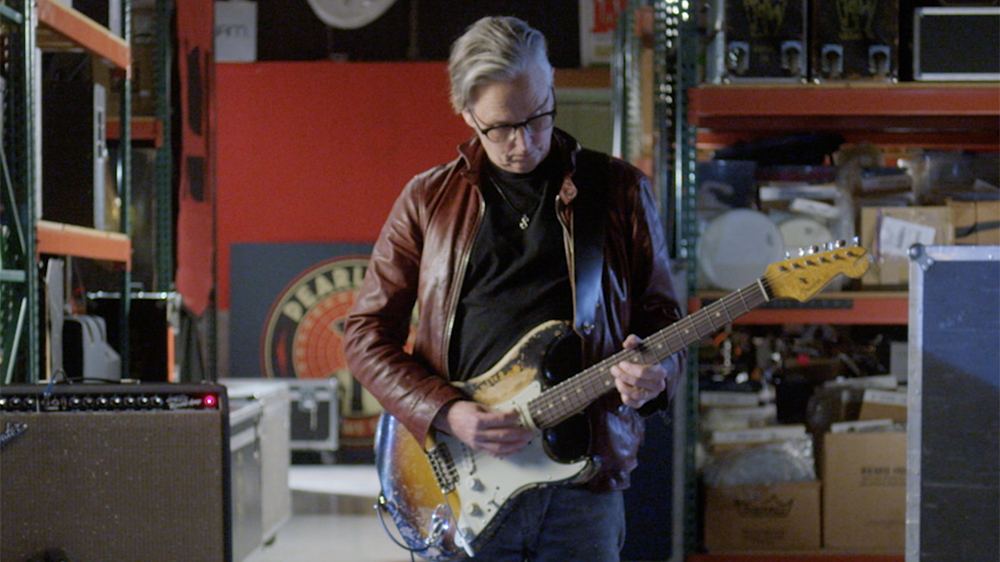 The legendary grunge act’s lead guitarist has teamed up with Fender Custom Shop to launch a limited-edition replica of his signature Stratocaster. Featuring every “detail and iconic scratch” of the original, the exclusive axe arrives just in time to mark the 30th anniversary of the band’s debut LP, TEN.

The replica is based on the first vintage guitar that McCready bought after the band’s breakthrough, a 1959 Stratocaster. The choice was inspired by his idol, the late Stevie Ray Vaughn, and it’s become his go-to axe in the decades since. In that time, it’s been used to craft countless hits like “Even Flow” and “Nothing as It Seems” and has the scars to show it. But while deconstructing the guitar for the replica, Fender Master Builder Vincent Van Trigt discovered the guitar’s long-held secret: It was actually built in 1960.

This discovery is reflected in the replica, which has a flat-sawn flame maple neck with the “oval C” profile like that found on the 1960 model of the guitar. It also has a flat-lam rosewood fingerboard with 21 vintage frets, custom Josefina hand-wound pickups connected to a five-way switch with vintage wiring and a era-specific synchronized tremolo with a Callaham bridge block. The guitar’s two-piece body has also been finished in Relic lacquer that’s been scratched and scuffed just like McCready’s very own instrument.

McCready and his signature Fender Stratocaster in 2018  Fender Custom Guitars

“My favorite feature is the playability of the neck. It’s so worn in and easy to play,” McCready said of the guitar in the statement. “It’s got the best neck and fretboard of any of my guitars. I also love how light it is. I actually picked up the prototype thinking it was the original a couple of times which shows me how meticulous and caring Master Builder Vincent Van Trigt and the whole Fender team has been throughout this process.”

McCready’s Stratocaster is now available at authorized dealers around the globe for $15,000. If McCready and Pearl Jam aren’t your cup of tea, Fender Custom Guitars has plenty of other signature models to choose from, including models based on guitars used by Jimmy Page, George Harrison and Joe Strummer.