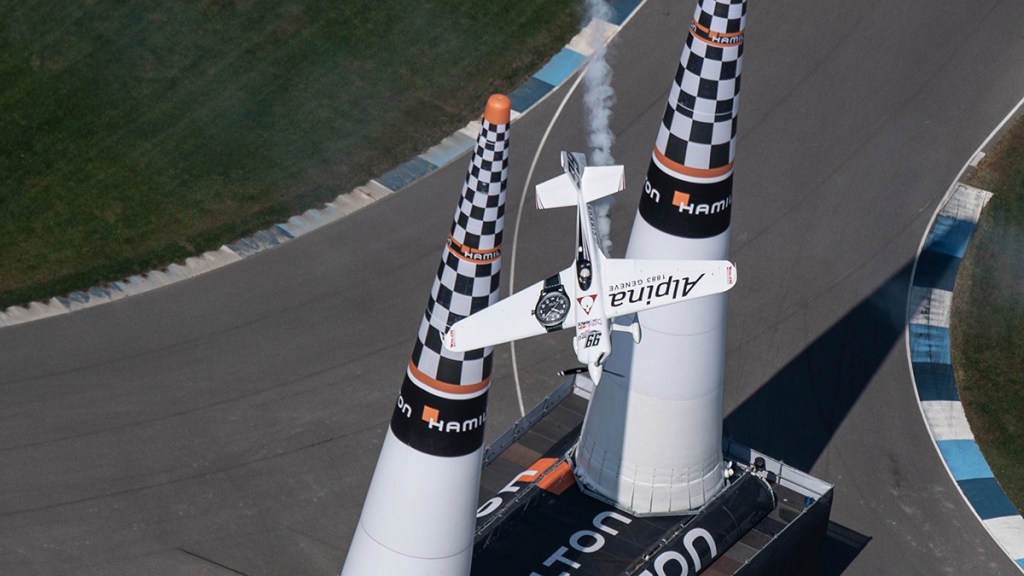 Have you ever wondered what it’s like to work on the editorial team at Robb Report? Robb Report editors filter through dozens, if not hundreds, of products, services, and experiences every month. If something is freshly relevant or important to the world of luxury, one of our editors has almost certainly come in contact with it in the past few weeks. To put any given issue of the Robb Report magazine together (not to mention to help stock the web site with tasty luxury news on a daily basis), for example, automotive editor Viju Mathew stays in close touch with luxury automotive brands and probably spends a fair share of his time in some combinations of Aston Martin, Lamborghini, Rolls-Royce, and Lamborghini test cars. Meanwhile, travel editor Jackie Caradonio spends more time in airplanes flying to destinations around the globe than she spends at her own desk in the New York office. And Jeremy Repanich, Robb Report’s dining editor, is on a first name basis with more Michelin star chefs than the tire company itself. So goes the entire staff – Style, Home & Design, Aviation, Marine, and more.

The point of this story is not a humble brag about how busy everyone is experiencing luxury. Instead, it’s to illustrate that no team of writers is better equipped to call out the best luxury products and services every month. Over the next ten pages, we have collected the ten artifacts of luxury that the Robb report team is most excited about. Read on to see what we recommend this month.

On the Wings of Bulls

The final of the 2018 Red Bull Air Race season is going to be a nail bitter, with U.S. pilot Michael Goulian leading the scoreboard going into the event (November 17 and 18 in Fort Worth, Texas) after winning the previous race in Indianapolis by a large spread over the former 1st place holder, Martin Sonka from the Czech Republic. The two pilots are now separated by only five points, and each race is worth up to 15 point, so either of the two—or eve third-position holder Matt Hall from Australia—could take it all. If you’re interested in going, I would recommend investing in Sky Lounge tickets ($1,150 for an adult weekend pass), which includes access to some of the best views at the venue, food and bar service, and a complimentary tour of the hangar. – John Lyon

A devoted fan of all things neon, Lana Jewelry designer Lana Bramlette always wanted to work that eye-catching tone into her pieces: “I thought, how can I amplify gold with a bold, brilliant pop that feels almost electric?” After numerous experiments with metals, Bramlette achieved a deep blue hue that serves as the base of her new Blue Gold collection—the 14-karat gold metal is a result of a rhodium and alloy reaction with white gold. To add some sparkle, Bramlette pairs the collection’s chic, linear earrings and dazzling rings with black diamonds and sapphires. The look is what Bramlette calls her “vivid neon dreams come to life”—the modern, enigmatic designs are downright entrancing. The new pieces range from $255 to $6,300, and are presently available on the Lana Jewelry site. The Blue Gold collection is also slated to appear in Saks, Bergdorf Goodman and Neiman Marcus in the spring. – Carolyn Meers

Spend Thanksgiving on a Yacht

After not hosting Thanksgiving for years, I am planning to once again don the apron this year for this most traditional of American holidays. However, having experienced country-club feasts, market-cooked take-out turkey, and dinners prepared by friends and relatives, I just might be ready to keep up the non-cooking tradition and hop on a yacht for this year’s celebration. I mean, lounging in the sun with a glass of Champagne while a professional chef prepares the customary Thanksgiving meal—what could be better?

And the 230-foot Feadship Joy, offered by Burgess, could be just the yacht to cater to our Thanksgiving needs. The seven-stateroom yacht accommodates 12 guests and cruises in the Caribbean for the winter months. Nineteen crew members look after those 12 guests, who no doubt will be busy using the yacht’s WaveRunners, SeaBobs, kayaks, wakeboard and water skis, snorkeling and diving gear, and fishing rods, among other toys. Post-holiday meal, the onboard gym will take care of the delicious damage and the on-deck Jacuzzi will soothe subsequent sore muscles. Frankly, I didn’t really intend to cook anyway. Sign me up for a superyacht celebration. Superyacht Joy charters for $700,000 to $840,000 per week, not including expenses and tips. – Danielle Cutler

With the mid-term elections safely behind us, we now devote our attention to a pressing domestic issue: making your home extremely enviable. If you know Apparatus, you’re on the right path. Cofounded by Gabriel Hendifar and Jeremy Anderson six years ago, this is a design studio so cool it has become an aesthetic denomination. Brass, horse hair, incense burners for regular worship. You know things are legit when a brand becomes a verb. “How can we Apparatus this more?” And this month, the studio finally lands in Los Angeles, capturing the bronze just after Milan. All 5,000-square feet promise to be a stunning trip into their scintillatingly narrative universe with hand-troweled plastered walls, a row of clerestory windows, and a desaturated palette informed by artist Giorgio De Chirico. Oh, you just wanted to shop? Ask Google to find the nearest Target. This is a furniture, lighting, and objects experience. And with very good company: the neighbors—Blackman Cruz, Ralph Pucci, and JF Chen—are major LA design destinations, so you know the opening party is going to be good. – Arianne Nardo

Furniture from the Act III collection by APPARATUS.  Photo: Courtesy of APPARATUS

Feast of the Seven Fishes

Around Christmastime, Italian Americans traditionally indulge in a celebration brought over from the Old World: the Feast of the Seven Fishes. Usually, a cavalcade of seafood and pasta ensues, but chef Chris Cosentino wanted to mix things up a bit. He’s getting other cultures involved for seven separate nights of feasting by inviting some of the country’s best chefs to his Napa Valley restaurant, Acacia House, to cook one-night-only tasting menus. Each chef will prepare a dinner that expresses the country they represent. The series kicks off with James Beard Award–winning chef Alon Shaya of Saba in New Orleans cooking the Israeli cuisine that made him famous. In the ensuing weeks, he’ll be followed by Sarah Grueneberg of Monteverde in Chicago preparing Italian, Ludo Lefebvre of LA’s Trois Mec serving French fare, Girl and the Goat’s Stephanie Izard tackling German, Cosentino cooking Portuguese, Ray Garcia of Broken Spanish creating Mexican, and Avec’s Paul Kahan exploring the flavors of Spain. Reserve tickets now at OpenTable for $125 with an optional beverage pairing for $95. – Jeremy Repanich

Customize Louis Vuitton with Now Yours

No one knows the power of a logo better than Louis Vuitton. And this month, the house is letting you swap in your initials for its iconic Ls and Vs. The Now Yours program marks the first time that the brand’s men’s clothing and shoes—not just its bags and suitcases—can be customized. You’ll be able to pop into  your nearest boutique and give your high-school varsity jacket a serious upgrade by adding playful, personalized patches to Louis Vuitton’s version. And while you’re at it, you can emblazon a collegiate cardigan or pair of the brand’s signature Run Away sneakers with your monogram. Eight weeks later, the chic exercise in personal branding will arrive at your door. –Phoebe Neuman

As much as I love the cozy holiday festivities, this time of year always has me itching to squeeze in one last sun soaked getaway before winter fully sets in. This year, I’m skipping more obvious options for something a bit further afield, and heading to Alila Villas Koh Russey on the Cambodian Riviera. The slick resort is set to make its debut this month on a private island in the Koh Rong archipelago, bringing a new generation of well-heeled beach goers back to a region that what was once the country’s crown jewel along with it.—Phoebe Neuman

Italian marque Maserati continues its off-road renaissance with new GTS and Trofeo variants of the Levante (starting at $119,180 and $169,980, respectively). Set for delivery this month, both carry an enhanced 3.8-liter, twinturbocharged V-8 that turns out 538 ft lbs of torque. The top-tier Trofeo, however, runs with 590 horses (compared to the 550 hp GTS) and can reach more than 187 mph—further proof to me that this is the Golden Age of the SUV. – Viju Mathew

The Trofeo on the road  Photo: Dejan Sokolovski

Down Under Debut: Penfolds 2018 Collection

I’ll be in New York City on October 17 at the invite-only reveal of Penfolds’ latest collection of wines. I’m especially looking forward to trying the 2014 vintage of the Grange, one of the world’s most prized Shiraz. This is the first year the famed Australian vineyard is holding its global unveiling in the States. – Janice O’Leary

The 2014 Grange Shiraz  Courtesy of Penfolds

On November 20, “Sessions in Sound”—a selling exhibition of stunning images by the legendary South African-born LA-based photographer Norman Seeff—opens at Proud Galleries in London. Among the 20th-century rock and jazz superstars immortalized on film are Patti Smith, Ray Charles, Mick Jagger, and Joni Mitchell. Reminiscing about the latter, Seeff says, “Joni always came with ideas and we would joust a bit until we agreed on what we wanted to do. Some were straight up photo sessions but once she drove up with a bunch of wolves and we had to set up an electrified fence.” – Angela M.H. Schuster