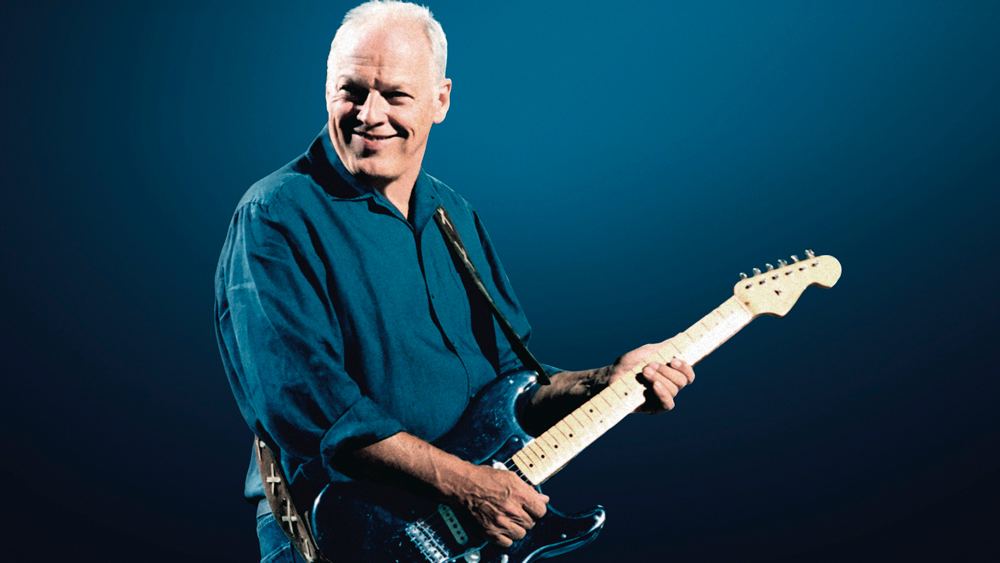 Photo by Polly Samson/Courtesy of Christie's

It’s been nearly 50 years since Pink Floyd released The Dark Side of the Moon and the rock ‘n’ roll legends just showed they can still pull a crowd—even if that crowd is waving bidding paddles instead of lighters.

Frontman David Gilmour has auctioned his iconic 1969 black Stratocaster, known as the Black Strat, for just shy of $4 million—making it the most expensive six-stringer ever sold. The Thursday night auction at Christie’s New York fetched an off-the-wall total of $21.5 million, with 126 of the axeman’s most prized possessions leaving the lot. The best part? Every penny will be used to fight climate change.

On the eve of the auction, Gilmour—the singer, songwriter and guitarist of the legendary English rock band—announced via Twitter that all proceeds would go to non-profit charity ClientEarth.

I am pleased to announce that all the proceeds from the #GilmourGuitars Sale at @ChristiesInc in New York tomorrow will be donated to the charity @ClientEarth. (1/5) pic.twitter.com/uFJ1CvA6QK

In a press release for the auction, Gilmour said “By auctioning these guitars I hope that I can give some help where it is really needed and through my charitable foundation do some good in this world. It will be a wrench to see them go and perhaps one day I’ll have to track one or two of them down and buy them back!”

The Black Strat—a guitar Gilmour played on “Money,” “Shine On You Crazy Diamond” and “Comfortably Numb”—went for a hefty $3.98 million, absolutely shredding the initial $100,000 estimate. Gilmour purchased the Strat back in 1970 at Manny’s on West 48th Street in New York and used the instrument over four decades, starting with the landmark album The Dark Side of the Moon. It has since amassed a legacy worthy of its own book—which we imagine will need to be revised to include this record-breaking ending.

Other notable sales included a 1955 Gibson Les Paul that went 10 times above its estimated price and sold for $447,000, and a white Stratocaster Gilmour played on “Another Brick in the Wall” which sold for $1.8 million.

The previous record for the most expensive guitar collection was held by fellow English rocker Eric Clapton, who staged two sales in 1999 and 2004 that grossed a total of $12.5 million.

Over the past few months, more than 12,000 people in New York, Los Angeles in London had viewed the collection and more than 2,000 bidders across 66 countries registered to bid online. Christie’s said the auction had to be delayed for an hour to accommodate the sizable crowd of fans and bidders who wanted front row seats to the show.