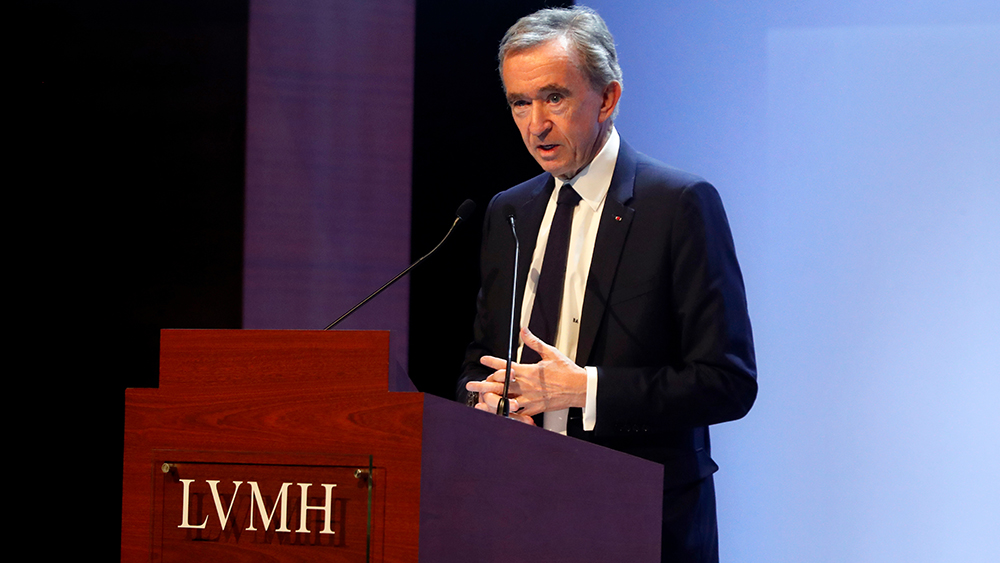 Fashion is a strange business but, well, we live in strange times. Just last week it was business as usual—stores open, customers shopping—but with an ominous drumbeat in the background. Now the world finds itself existing within a new normal (abnormal?) that changes hour by hour.

Fashion, for what it’s worth, has been responding to the escalating coronavirus crisis as best it can in these uncharted times. The news started as a trickle. Last week, brands like outdoors gear brand Patagonia and the millennial make-up unicorn Glossier led the way to the current quarantine by closing their doors to customers in order to discourage the spread of the virus any further. More importantly, they committed to paying their employees during the shutdown.

Since then, other fashion companies have started to step up, in ways both creative and straightforward. The mighty French luxury conglomerate LVMH, for example, has dedicated its perfume production resources to making hand sanitizer which will be made available to the public for free. It should be noted that LVMH reported more than €7 billion in profit last year.

Italy, which has been one of the hardest-hit countries outside of China, has seen its local fashion community coalesce around the Coronavirus health crisis. Donatella Versace, creative director of the label Versace, dedicated €200,000 to Milan’s San Raffaele hospital. That donation follows a ¥1 million RMB (about $143,500) gift made to the Chinese Red Cross Foundation in early February.

Giorgio Armani, meanwhile, donated €1.25 million to fighting coronavirus via three local hospitals and Civil Agency, a local authority that manages emergency situations. Last month, in a forward-thinking move, the designer canceled his in-person fashion show and instead live-streamed his fall-winter 2020 collection for buyers and press, with models wearing his designs in an empty theater. As the duration and spread of the coronavirus pandemic remain unknown, it could point to the future of how brands communicate their seasonal collections.

Meanwhile, Miuccia Prada and husband Patrizio Bertelli, the couple behind another Italian powerhouse, Prada, flexed their might by donating six intensive care units to three local hospitals. Federico Marchetti, the CEO of Yoox Net-a-Porter Group, the online retail empire, announced via Twitter that the company’s tech resources were working on digital education content to disseminate via Italy’s MIUR sites (MIUR is the country’s governing body of educational pursuits).

Moncler, the outerwear brand synonymous with cold-weather puffer jackets, announced that it would be donating a whopping €10 million to build a temporary hospital in Milan, an epicenter of the crisis.

It’s too early yet to know how the fashion industry will need to respond in the future; the virus could affect not only the global economy and consumer behavior but the way that the fashion industry works—on global timetables that are forecast months in advance. It’s good to see the behemoths with deep fiscal reserves stepping up to serve the greater good, but it would be good to also keep smaller brands and retailers in mind; they’ll no doubt incur dramatic losses in the months to come.

This list will be updated with pertinent news. In the meantime, stay safe and healthy.

A Pocket Watch That Almost Sank With the ‘Titanic’ Just Sold for Over $100,000 at Auction