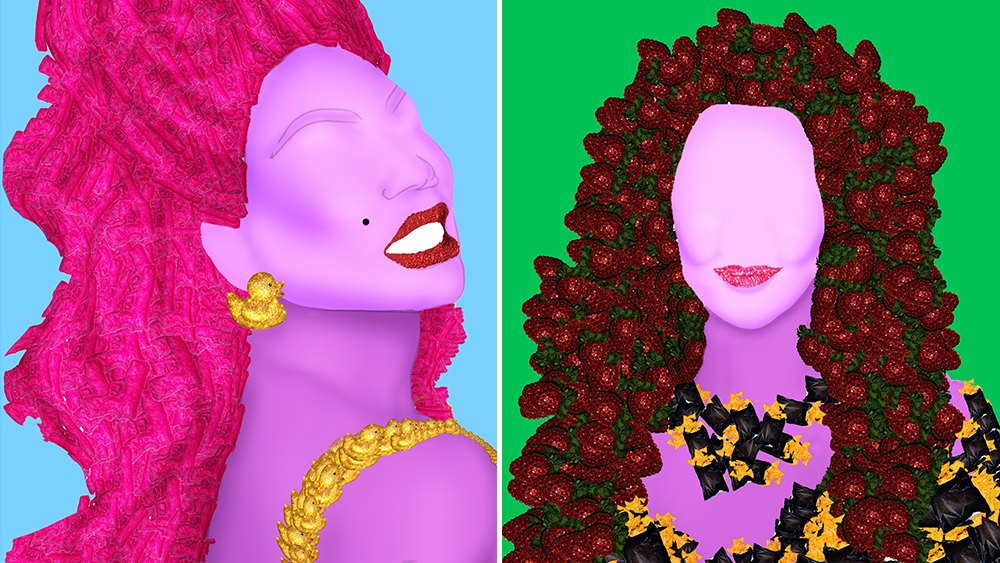 It’s officially Pride month and one newly minted collection of NFTs is here to raise money for a number of charities that help queer people.

The world’s largest LGBTQ-inspired NFT collection, Pride Icons, completed its inaugural mint of 100 “icons” this Wednesday. Illustrated by artist Max Bahman, the collection offers artistic representations of queer superstars and advocates including RuPaul, Andy Cohen, Lady Gaga and Cher. Each of the 100 NFTs minted is a mosaic composed of smaller images (think rainbow-colored ice cream cones, sequined bananas and more). The smaller images will be available as 9,900 full-size, standalone NFTs throughout Pride month.

Every day this month, Pride Icons will open auctions on four prestige-level NFTs with a starting bid of 0.06ETH each, around $110 at the time this piece was published. Pride Icons will also be the first community to offer credit card payment at auction thanks to its partnership with payment processing company Paper. So if you want to buy in, all you need is your go-to card and an email address—no crypto wallet required.

Buying an NFT will grant you access to one of three membership tiers (Plus, Prime and Prestige) in the project’s community, called Pi. And this membership has its privileges. Prestige members, for example, will receive VIP concierge services and discounts on plastic surgery as well as subscriptions to Gymage, the Madrid-based fitness club with an outpost in Miami. Prime and Plus memberships will also offer discounts on similar services but at lower percentages with access to limited-edition Pi community clothing. The Plus membership is the lowest offering, but still includes a considerable $1,800 discount on services furnished by Tammuz Family, an agency that helps queer couples have children through surrogacy.

“As we continue to expand our community, we want to further help people who are going through a transition, want to start families and more,” Pride Icons co-founder Eliad Cohen tells Robb Report. His co-founders include entrepreneur Regev Gur, former Google engineer Amir Lazarovich and Bahman, the artist. Cohen revealed that the idea for the company was birthed during a lunch with Regev, who mentioned NFTs and ways they could combine the concept with LGBTQ-focused art and memberships. Shortly after, Pride Icons was launched to empower and support queer and trans communities.

So far, the company has pledged to donate $1 million in proceeds to a variety of queer and trans organizations including Glaad, The Trevor Project, GLSEN, HMI and more. Many of them were selected by people the company worked closely with for the project, including actor Luke Evans, drag performer CT Hedden and LGBTQ+ rights activist Omar Sharif. The chosen organizations range in focus from aiding queer soldiers in Ukraine to supporting those who identify as transgender in Miami.

“Harris Poll found that among the LGBTQ+ community, 25 percent own cryptocurrencies, compared with 13 percent of the general US public,” says Cohen. “The LGBTQ+ community has been featured in NFT collections but Pride Icons is the first time we are able to fully claim ownership and empower the community to become more involved in NFTs and web3 initiatives.”

Before the debut of Pride Icons, The Queenly NFT was launched in April 2021 as the first cryptogallery for queer creators. Founded by NYC drag queen Ruby Powers, the platform made headlines for its focus on the “ethical” sale of NFTs that places artist consent, credit and compensation at the forefront. The space accepts bids for works by artists and activists through OpenSea, and each of its collections donates funds to nonprofit organizations.

Out of hundreds of NFT collections with no philanthropic incentives at all, Pride Icons and The Queenly NFT are just two in a handful of those focused on spotlighting queer artists and amplifying queer communities.

When asked what Pride Icons members can expect six months to a year from now, Cohen states “we are here to stay and for us, this is just the beginning. There are a lot of other ideas being discussed and we’re excited to see how they turn out.” July will be the last month to get your hands on the whimsical NFTs before the company makes an official announcement about its final donations in August. The announcement will be followed by a celebratory bash, later in the fall, that intends to bring global Pi members together for the first time. The save-the-date for that party should serve as a good reminder that making a difference for people in need can happen any time of year.