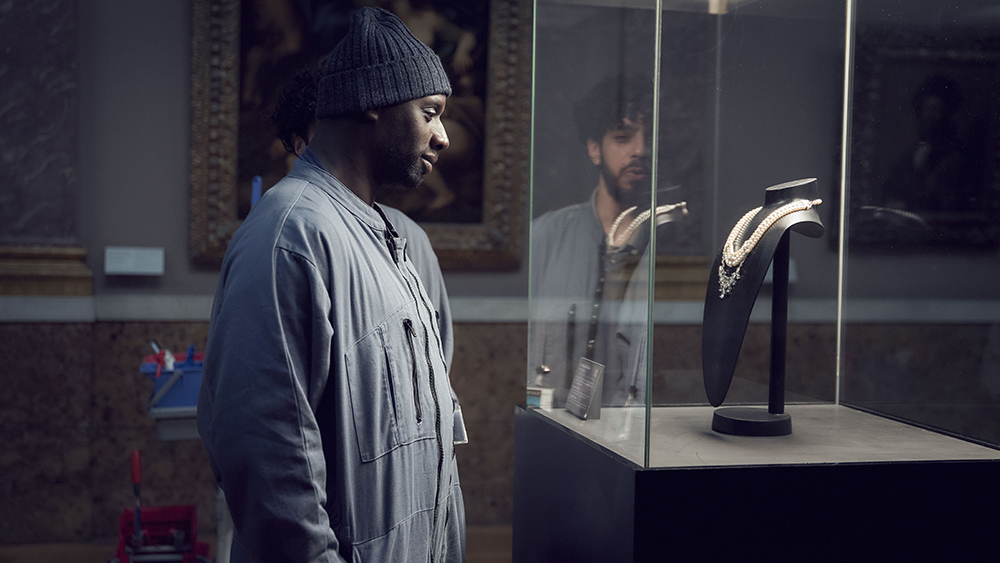 In a case of life imitating art, thieves have stolen more than $300,000 worth of equipment from the set of the heist drama Lupin.

Netflix has confirmed to AFP that about 20 masked individuals targeted the Paris-based set of the hit series—inspired by France’s infamous gentleman thief Assane Diop—on February 25. The robbers threw mortar fireworks, before breaking in and taking roughly $330,000 worth of equipment.

Omar Sy, the 44-year-old French actor who plays Diop, was reportedly on set at the time of the robbery, though Netflix has confirmed that all cast and crew are safe and there were no injuries. Production on Lupin’s third season has since resumed.

To make matters worse, this is the second time the streaming giant has been hit in the past week. Just one day prior on February 24, the set of the popular historical drama The Crown was robbed of approximately $200,000 worth of antique props, as reported by Variety.

A number of the production’s vehicles were broken into and more than 350 items were stolen from the shooting location in Northern England. Used to recreate the lavish living quarters of the real-life British royal family, the stolen props include silver and gold candelabras, a mock Fabergé egg, a clock face from a William IV grandfather clock, a dressing table and a set of crystal glassware. Although the incident will not affect the filming of the upcoming fifth season, Netflix issued a plea to help recover the items.

Olivia Colman as Queen Elizabeth in “The Crown.”  Netflix

“The items stolen are not necessarily in the best condition and therefore of limited value for resale,” The Crown set decorator Alison Harvey told Variety. “However, they are valuable as pieces to the UK film industry.”

Both robberies are currently being investigated and it is not yet clear if there is any connection between the two incidents.