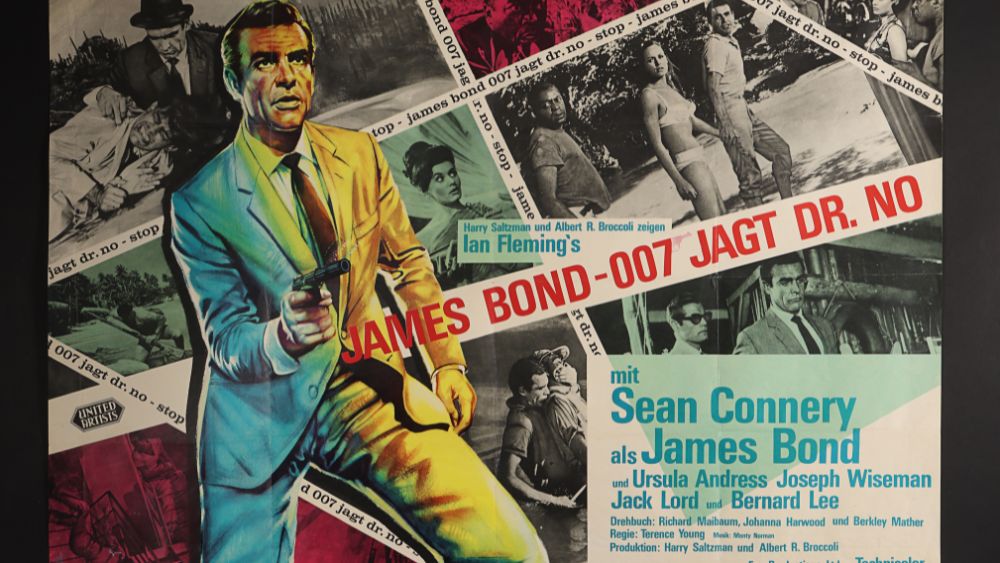 This auction is for film buffs and art aficionados alike.

If you’ve ever hoped of owning a piece of key art from your favorite film, Propstore will be putting up 530 rare, coveted movie posters that span cinematic history. The classic artworks are expected to fetch in excess of £350,000 ($423,220) during a live auction at the company’s London headquarters on September 15.

The most notable items to bid for are entertainment memorabilia representative of the horror and sci-fi genres including original one-sheets for 1956 space opera Forbidden Planet and 1942 horror Frankenstein Meets the Wolfman. To align with the 60th anniversary of James Bond, a limited 1964 UK poster from Goldfinger carries a pre-auction estimate of £4,000 to £6,000 ($4,815 to $7,225). Bond collectors can also get their hands on a 1962 Dr. No poster from its German release.

There are also plenty of hot-ticket pieces for Star Wars fans, including archival content from legendary British illustrators Tom Chantrell and Paul Shipper. A never-before-seen 1977 UK poster from Star Wars: A New Hope is up for grabs, in addition to a full-size, untrimmed “Gone with the Wind-style” poster from The Empire Strikes Back (1980) and a series of six 2015 prints signed by Stan Lee (2015). A UK quad from Batman (1966) and a US one-sheet 1994s Pulp Fiction are among other items being auctioned off.

The Empire Strikes Back (1980)  Courtesy of Propstore

“Propstore is back with another fantastic collection of posters ready to go under the hammer. Just a few of the auction highlights include an incredible array of Star Wars posters, as well as rare lots from sci-fi and horror classics,” says Propstore CEO Stephen Lane.

“For the first time, we are delighted to include a dedicated music category which features an array of original concert, promotional and movie-themed titles from The Beatles, Sex Pistols, Elvis Presley and many more,” adds Mark Hochman, Propstore’s Director of Posters.

The auction will be live streamed next month—bids can be placed online, by phone or in person. Propstore is now also accepting payments in cryptocurrency through BitPay.