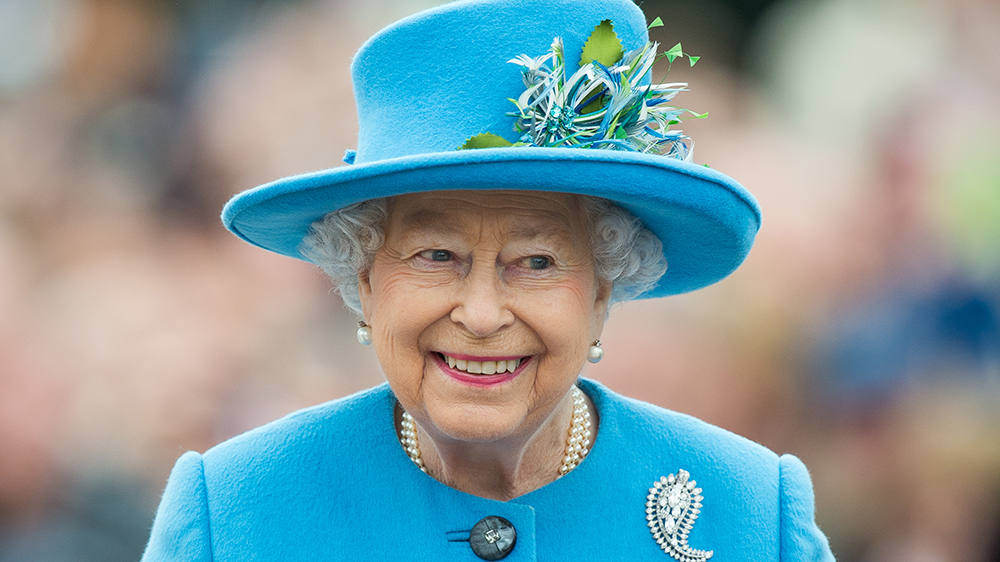 Queen Elizabeth II, whose 70 years on the throne made her the longest-reigning monarch in British history, died on Thursday at her Balmoral Castle estate in Scotland. She was 96 years old.

An unusual announcement on Thursday morning from Buckingham Palace that doctors were concerned about the queen’s health put royal watchers on high alert, as the move was viewed by many as preparation for a subsequent announcement of her passing. That theory was supported by the swift arrivals at Balmoral of the queen’s family, including her children—Prince Charles, who will succeed the queen, his brothers, Princes Andrew and Edward, and his sister, Princess Anne—as well as several of her grandchildren, including Princes William and Harry. Charles was joined by Camilla, Duchess of Cornwall.

Born on April 21, 1926, then-Princess Elizabeth was never expected to play an active role in the succession of England’s monarchs. As the oldest daughter of Prince Albert, the second son of King George V, Elizabeth was the niece of Prince Edward, who succeeded his father as Edward VIII upon George’s death in January 1936. But in the now-infamous turn of events that rocked the royal family in the 1930s, Edward abdicated his throne in December 1936, choosing his love for divorced American socialite Wallis Simpson over his duty to the crown. Edward’s abdication resulted in Albert’s accession to the throne as King George VI, with Princess Elizabeth then thrust into the spotlight as the next in line for the crown.

Queen Elizabeth II and the Duke of Edinburgh after her coronation in 1953.  Keystone

Her father’s unexpected death just 16 years later from lung cancer and other complications placed Elizabeth on the throne at the age of 25. Coronated in June 1953, Queen Elizabeth II brought a youthful glamour and energy to the monarchy that was decidedly welcome in an England still reeling from the severe damage and deprivation experienced during World War II. As proof of her desire to modernize both crown and country, Elizabeth’s coronation was televised. (Though television cameras were available when her father was coronated in 1937, they were not permitted inside Westminster Abbey.) At the time of the queen’s accession, the British Commonwealth was comprised not only of England, Scotland, Ireland and Wales, but also Canada, Australia, India and Pakistan. The commonwealth has since grown to represent 54 independent countries totaling more than 2 billion people. The queen worked with 15 prime ministers during her tenure; the first was Winston Churchill, while the last was current Prime Minister Liz Truss, whom the queen welcomed to Balmoral on Tuesday.

Of course, British citizens and Anglophiles around the globe fell in love with Elizabeth long before she became queen. During World War II, she gained attention at the age of 19 when she joined the Auxiliary Territorial Service, the women’s branch of the British Army, and trained as a driver and auto mechanic, a move that was undeniably progressive for a woman member of the royal family. Meanwhile, amid the controversy of her uncle’s abdication, Elizabeth also had fallen in love with a young naval officer and distant cousin, Prince Philip of Greece and Denmark. Though her parents urged caution, Elizabeth was resolute in her choice of life partner, and in 1946, King George VI granted permission for the couple to marry after his daughter turned 21. Elizabeth’s future husband was rechristened Philip Mountbatten, a family name that was deemed more palatable and further obscured his German ancestry.

For their November 1947 wedding, Elizabeth famously used the rationing coupons still required in the post-World War II years to pay for her pearl-embroidered satin wedding dress and lace veil, crafted by British designer Norman Hartnell. UK citizens sent Elizabeth their own coupons to help pay for the dress, but they were promptly returned to their owners, as such sharing was prohibited. That eagerness to assist in Elizabeth enjoying her wedding day, however, was yet another sign that Britons were fond of their princess and future queen. Though the wedding was not televised live, it was recorded and broadcast on BBC Radio to 200 million people around the world, with TV highlights airing the same day. Queen Elizabeth and Prince Philip, who became the Duke of Edinburgh on their wedding day, were married for 73 years before Philip’s passing on April 9, 2021.

For most of their seven-plus decades together, and especially in the years immediately following Elizabeth’s 1953 coronation, the couple experienced a high-wattage lifestyle to which exceedingly few people could relate. At Royal Command Performances, the queen and her prince consort met every A-list star of the 20th century, from the Beatles and Elton John to Marilyn Monroe and Judy Garland. These appearances also put the queen’s enviable and historic jewels on display, a collection that’s estimated to include up to four dozen tiaras, roughly 100 brooches and up to 50 necklaces embellished with diamonds and gemstones. Cartier, Boucheron and Garrard & Co. are just a few of the fabled jewelry houses that have crafted pieces for the queen’s collection. (These pieces should not be confused with the Crown Jewels, overseen by the Royal Collection Trust and brought out of the Tower of London, where they are displayed to the public, only for ceremonial occasions.)

While royal life on its surface may have seemed wholly glamorous, behind the scenes, Queen Elizabeth confronted issues experienced by many wives and mothers. The demands of her job put a strain on the early years of her marriage, with Philip giving up his Navy career and, as protocol dictated, being required to walk a few steps behind his wife at events. Those rough patches were sorted out, but the couple’s children later provided their own familial drama, from Charles’s wedding to Lady Diana Spencer to their subsequent divorce, and Diana’s death in 1997—perhaps the most problematic time of the queen’s reign, as she misjudged the British public’s reaction to Diana’s death—to Prince Andrew’s divorce from Sarah “Fergie” Ferguson in 1996.

The queen and Prince Charles (center) at a July 2022 ceremony to recognize members of Britain’s National Health Service.  Aaron Chown/Getty

In recent years, however, many British citizens have banded together to widely regard Queen Elizabeth as a beloved figure, somewhat grandmotherly in both stature and demeanor. Royal events that put England in a global spotlight burnished that attitude, from royal weddings—Prince William to Kate Middleton in 2011 and Prince Harry to Meghan Markle in 2018—to official celebrations, most notably this year’s Platinum Jubilee, the spectacular celebration marking Queen Elizabeth’s 70 years on the throne.

The queen had been in residence at Balmoral Castle since early July. According to the BBC, Windsor Castle tops the list of favorites among the queen’s seven official residences, but Balmoral Castle is roundly agreed upon to be a close second. Built in 1390, the original estate was not large, but Queen Victoria and Prince Albert, Elizabeth’s great-great-grandparents, replaced Balmoral Castle with a larger, more modern structure in the 1850s. The quiet lifestyle afforded by this 50,000-acre property, far from the prying eyes of the media, is chief among the reasons Queen Elizabeth cherished her time there. Indeed, on Thursday, commentators noted that there were no plans to move the queen to a hospital in Aberdeen, as royal watchers understood she preferred to be made comfortable at Balmoral.

As per royal protocol and a plan that’s long been in place, codenamed “Operation London Bridge,” Queen Elizabeth’s death will be followed by 10 days of mourning, with her state funeral expected to take place on Saturday, September 17, at Westminster Abbey.